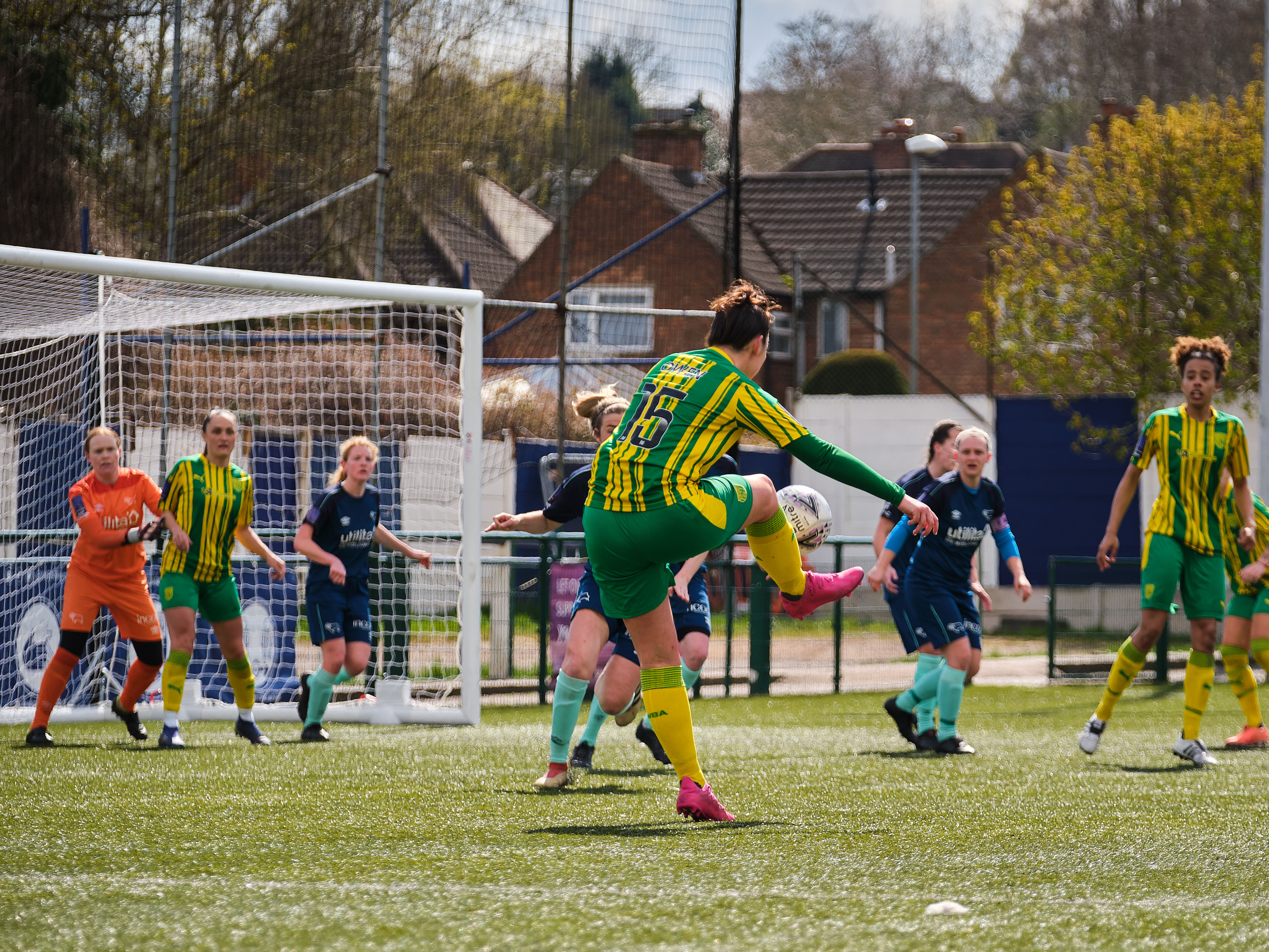 Albion Women bowed out of the Women’s FA Cup after falling to defeat against Derby County in the third round.

The result marks the end of the Baggies' competitive campaign after their league season was curtailed last month.

Albion’s league rivals started sharply and earned a two-goal advantage in the first 10 minutes. Jodie Michalska pounced on a misfired clearance to open the scoring before Ellie Gilliatt doubled their lead, converting from the spot after being brought down.

Louis Sowe’s unchanged side recovered from their slow start and got themselves back into the game midway through the first half.

The goal came through former Derby player, Emily Owen, who netted in last week’s win against Lincoln. Owen looped the ball from the edge of the box back into the six yard box but fortunately her effort deceived the keeper and landed in the far corner of the net.

The momentum swung back into the hosts favour as Albion applied more pressure on the Derby goal. Just before the break, Nat Murray squeezed past two defenders and fired a half volley from 30 yards just wide of the post.

At the other end, goalkeeper Poppy Bastock kept her side within a goal of their opponents, making a superb save from close range to deny Michalska.

The Baggies continued where they left off after the interval, winning a succession of corners but unfortunately couldn’t find the leveller.

Just before the hour mark, Derby restored their two-goal lead. A long ball forward from the away side landed between the defenders and the keeper, causing a mix up which Michalska took advantage of, passing the ball into an empty net.

Bastock made another big save from Precious Hamilton soon after but despite her efforts, it was Gilliatt who found Derby’s fourth, pouncing on a save from the Albion keeper in the six yard box to extend the visitors lead.

With twenty minutes left on the clock, Sowe tried to inject some energy back into the team, bringing on Jess Davies, Emma Congrave, Alima Abdallah and debutant, Millie Rogers. But the Baggies were unable to find a way back into the game as Derby held on to seal their place in fourth round.

Albion Women will now finish off their shortened season with a series of friendlies before the summer.