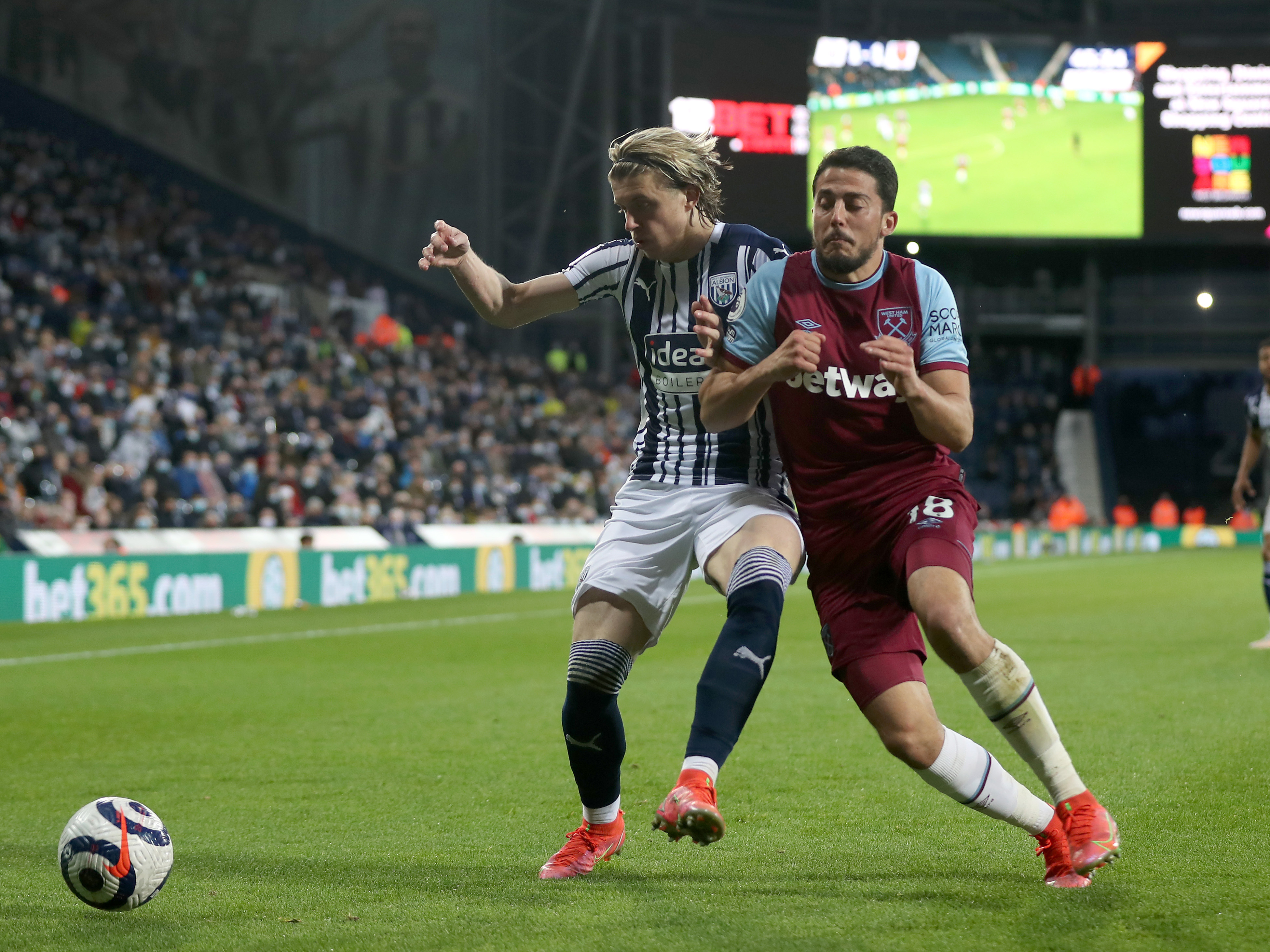 Albion were defeated 3-1 by West Ham United as fans returned to The Hawthorns for the first time in over 14 months on Wednesday evening.

After taking the lead through Matheus Pereira's effort in the first half, Albion were denied their advantage at the break after Tomas Soucek had equalised.

Further efforts from Angelo Ogbonna and Michail Antonio rounded off the contest in the visitors' favour in the second half, as Albion left to a round of unwavering support from the 5,371 Baggies faithful in attendance.

Sam Allardyce opted to make one change to his team as Ainsley Maitland-Niles was restored to the starting XI in front of a raucous Hawthorns crowd.

And many will be convinced that those returning supporters played a huge part in preventing Declan Rice from opening the scoring - the England international smashing a spot kick against the post in front of a packed Birmingham Road End after just two minutes.

Sam Johnstone had to tip over Said Benrahma’s fierce effort with the visitors pushing for the first goal, but arguably against the run of play it was Albion who took the lead. Pereira, being serenaded by the Smethwick End, curled in a great corner and Hammers midfielder Soucek nodded home to spark superb scenes of celebration not seen for more than a year.

The Baggies created two good opportunities to double their advantage straight away when Pereira forced Darren Randolph into a strong stop and Hal Robson-Kanu saw a side-footer well blocked.

Yet in first-half stoppage time West Ham found themselves level - Soucek tapped in from close-range and, despite a lengthy VAR check, the goal was given to make it 1-1 at the break.

Both teams continued to search for a second following the interval and Albion almost grabbed it before the hour mark, but Randolph was at his best to deny Semi Ajayi’s poke.

With Baggies fans continuing to roar them on, the hosts had to ride their luck a little as Soucek headed a corner narrowly wide and Aaron Cresswell struck the post from a free-kick.

It wasn’t all West Ham, though, and the home side could have netted on a couple of occasions, Pereira and Diangana both shooting off-target after quick attacking moves.

But Albion's resistance was broken in the final 10 minutes of the game when Cresswell's dangerous ball was headed into the roof of the net by an unmarked Ogbonna.

And all-action forward Antonio latched onto a reverse pass from Lingard in the closing stages to wrap up all three points for the Hammers and confirm consecutive defeats for Albion.