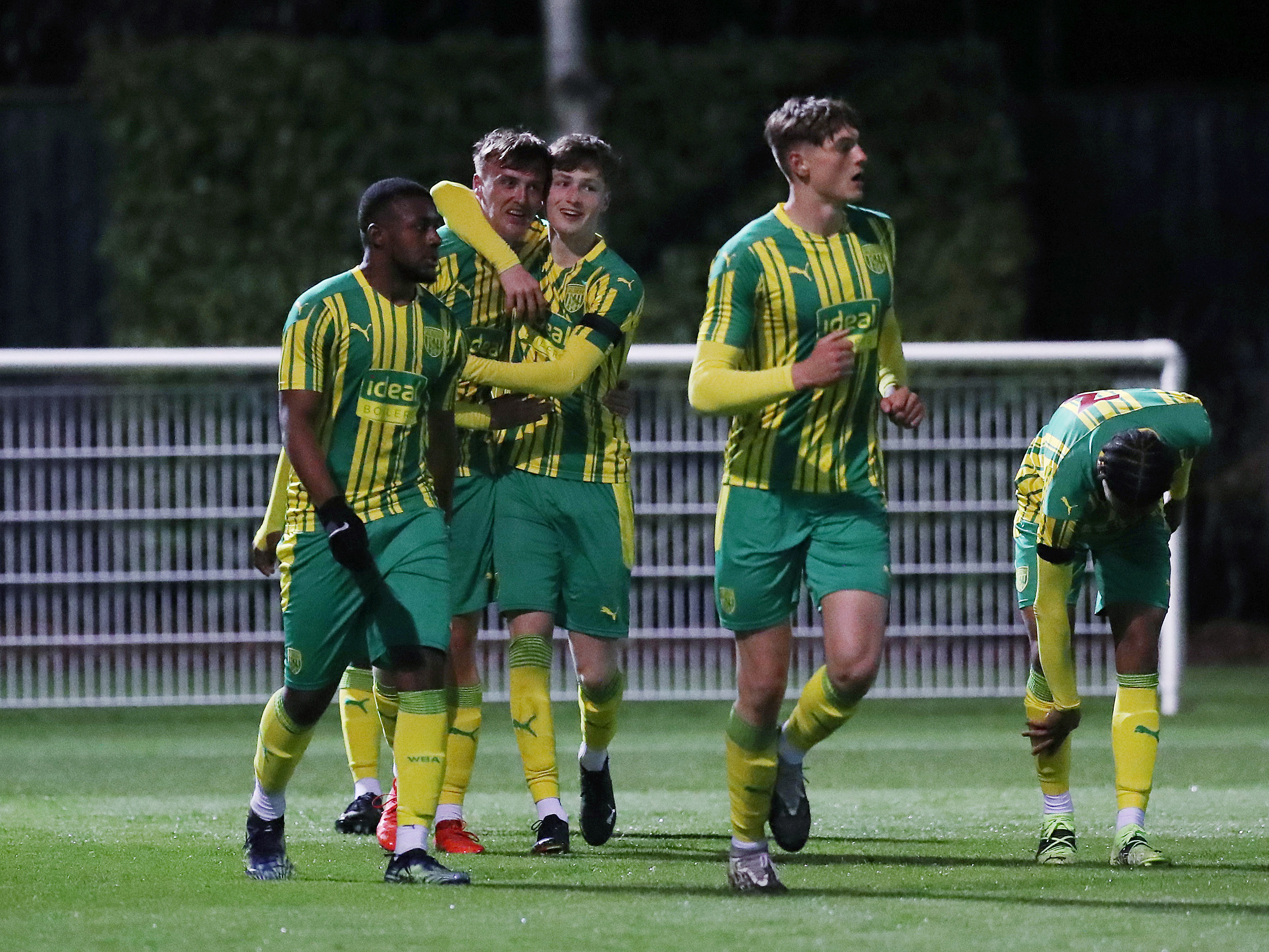 An emphatic display saw Albion Under-18s defeat Tottenham 5-0 to reach the quarter-finals of the FA Youth Cup on Tuesday evening.

Tom Fellows broke the deadlock midway through the first half before the hosts saw defender Marqes Muir sent off for a second bookable offence.

And despite Ethan Ingram’s late dismissal, the young Baggies continued their intensity in the second half as Fellows, Tim Iroegbunam, Jamie Andrews and Sammy Okoka completed an impressive performance for Peter Gilbert’s side in the capital.

Albion started the game at a fast pace and took the contest to Spurs with England Under-18s international Ingram going close from a set-piece with a header which was saved on the goal-line by stopper Timothee Lo-Tutala.

But the home side could do nothing to stop the Baggies taking a deserved lead when Rico Richards played a splitting through ball to the right wing, which allowed Fellows the time and space he needed to open the scoring with a smart low finish.

Tottenham slowly worked back possession after the goal and had a sight at target when Alfie Devine shot from distance, but Maksymilian Boruc was right behind it to prevent an equaliser.

And the Baggies keeper had to be alert again just before the break to preserve his side's lead when Dane Scarlett, who'd featured in Tottenham's Europa League side this term, had an opening to goal from just a matter of yards. But Boruc rushed out excellently to deny him and push the shot onto the bar.

The Baggies continued pushing until the end of the first 45 and their pressure forced Spurs into a rash moment when defender Muir rushed to take out substitute Jamie Andrews just outside the box. The foul left the referee no choice but to award a second booking, reducing the hosts to 10 men going into the second half.

Albion were quick out of the traps after the break with a flurry of efforts as Jovan Malcolm shot wide, Rico Richards saw a close-range effort saved and Andrews headed narrowly off target.

But Spurs’ resistance was broken again when Iroegbunam reacted quickly to intercept a loose pass and smash Albion’s second goal into the roof of the net, while also netting his second goal in consecutive FA Youth Cup matches.

Buoyed by their lead, Gilbert’s men continued to dominate but Tottenham nearly managed a response when Nile John struck a rasping effort from distance which, once again, Boruc denied brilliantly with a fingertip save to palm it onto the bar.

The final 15 minutes saw the Baggies help themselves to further goals. Starting with Fellows, who ran onto a through ball following superb hold-up play from Malcolm to slot coolly under substitute keeper Adam Hayton.

Despite Spurs’ man advantage benefiting Albion’s attacking display, Gilbert’s men also had to finish the game with 10 men when two quick bookings for full-back Ingram saw him dismissed with less than 10 minutes to play.

Regardless of the red card, Albion's youngsters continued to break menacingly and substitutes Andrews and Okoka made sure of the victory in the dying embers.

Andrews netted a lovely looped finish after a mistake from Spurs keeper Hayton, before Okoka dispatched a brilliant move to set up a quarter-final tie against either Chelsea or Everton in the next round of the FA Youth Cup.