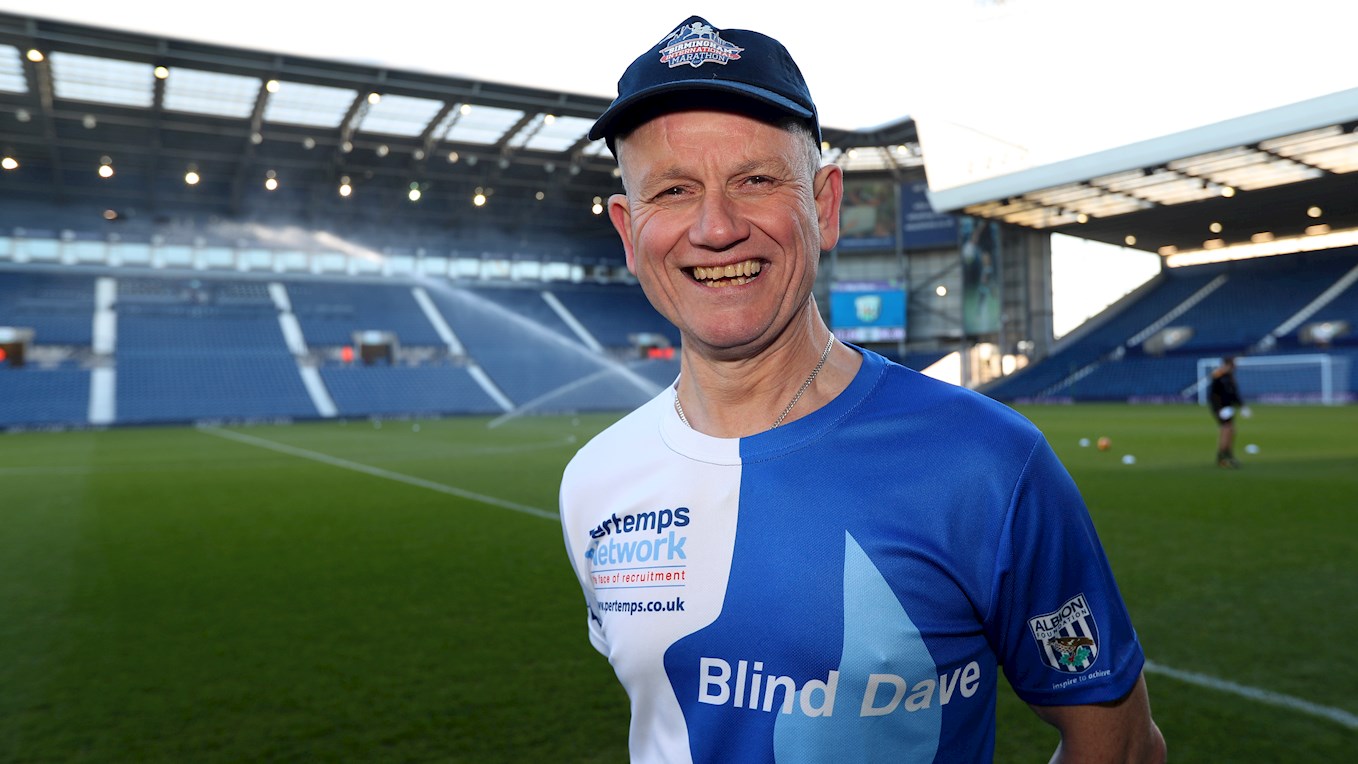 Blind Dave Heeley, the inspirational fund-raising king of the Albion Foundation, has been awarded the OBE in the Queen’s birthday honours.

The news has been greeted with delight by the Foundation and everyone at the Club, where Dave’s extraordinary feats saw him become the first and as yet only recipient of a special Freedom of The Hawthorns award.

During his incredible feats of endurance, always in support of the Club’s charity arm The Albion Foundation, Dave earned the distinction  of becoming the first blind athlete to complete the ultimate challenge of running seven marathons in seven days across seven continents.

Albion Foundation director Rob Lake spoke for everyone connected to The Hawthorns today when he said: “We are all delighted to hear that our Foundation ambassador Blind Dave has been honoured with a well-deserved OBE.

“We are so proud of Dave, for all he has done for so many people, the amazing feats of endurance raising much needed funds but more than anything being the man he is.

“A true inspiration, humble, funny, driven, someone who has overcome so much and gives everything. I cannot imagine there has ever been a more worthy recipient of this honour.”

The Club awarded Dave his lifetime free pass to football at The stadium in 2017 in recognition of his efforts.

The citation proclaimed the award was made “with enormous gratitude and deep appreciation for his unstinting efforts to champion the Foundation’s fight on behalf of the disadvantaged of our community.”