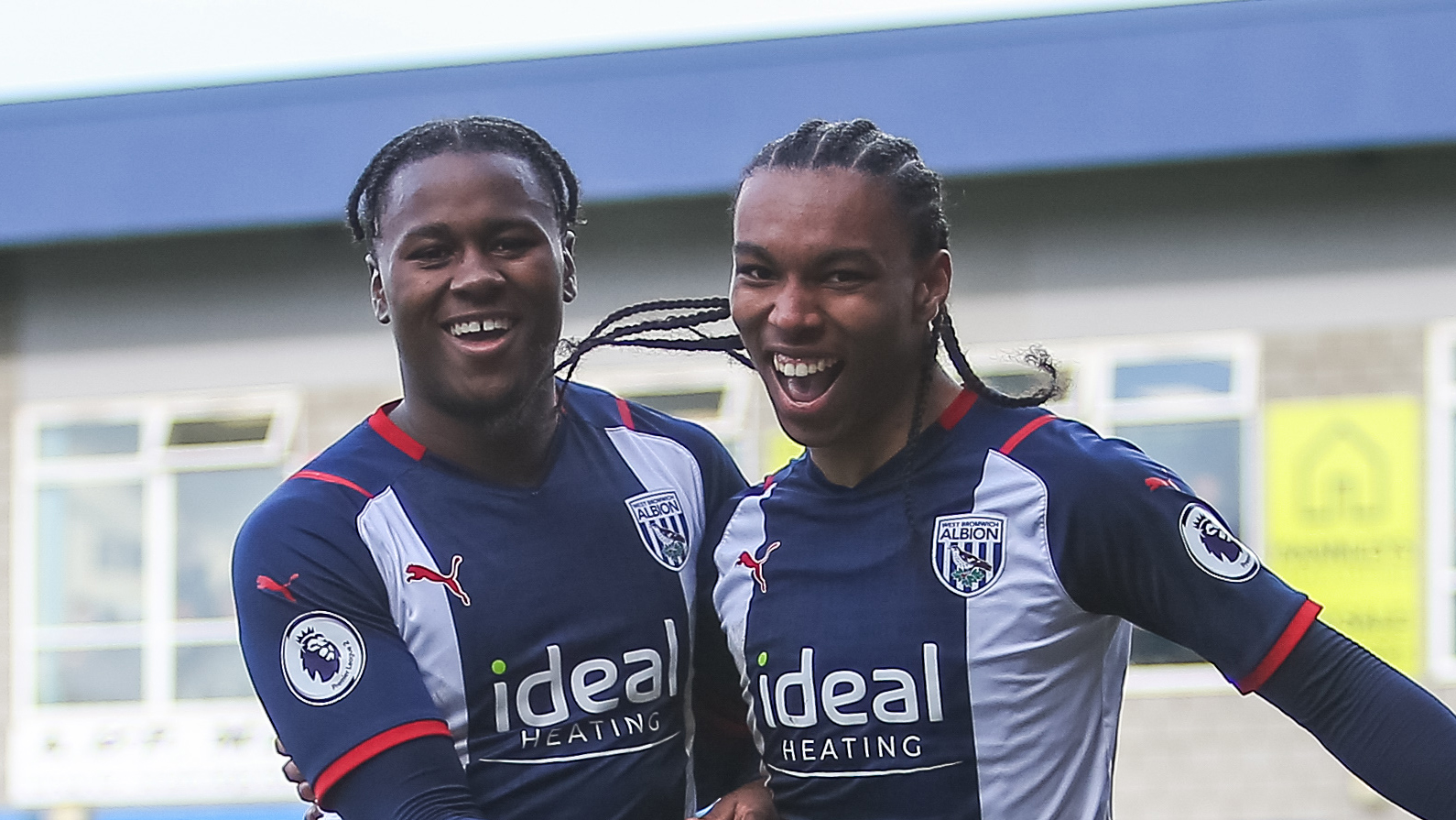 Albion’s PL2 side confirmed top spot in Group A of the Premier League Cup and safe passage into the knockout stages of the competition with an empahtic 4-1 victory over Arsenal.

Goals from Rico Richards and Reyes Cleary put the hosts 2-0 up before Omari Hutchinson pulled one back for the visitors at AFC Telford United's New Bucks Head.

But further strikes from Jamie Andrews (pen) and substitute Mo Faal secured a handsome win over the Gunners, with the Baggies finishing on 13 points and four victories from their six group games.

The home side made a blistering start and took the lead after less than three minutes when Richards capitalised on an error at the back to slot home beyond the reach of Arsenal stopper Hubert Graczyk.

Richards could have had a quick-fire second too had it not have been for Graczyk, who got down low to the winger’s driven effort from inside the penalty area just moments later.

Another chance came Albion’s way inside the opening ten minutes and this time it fell to Cleary. The powerful forward latched onto a loose ball inside the box but couldn’t keep his strike down and saw it sail over the top.

The Baggies, intent on extending their advantage, went close to making it 2-0 in the 13 minute. The lively Richards tried to bend the ball into the far corner from the right edge of the box, but Graczyk made a routine stop.

In keeping with the frantic start in Shropshire, the Gunners broke over the halfway line down their left where the ball was eventually cut back to Miguel Azeez by the penalty spot, but his strike was parried clear by Ted Cann.

The next opportunity came midway through the first 45 as Cleary drove towards goal and unleashed a powerful shot from 35 yards, with the ball whistling past the far post.

The forward had another chance in the 32nd minute when Arsenal gave the ball away at the back and he tried his luck from the edge of the box, forcing Graczyk into another save.

The visitors rarely threatened before the interval, but Azeez so nearly equalised when his dipping drive from 30 yards landed on the top of Cann’s net.

Having scored in the opening minutes of the first half, the Baggies repeated the trick in the second and doubled their lead five minutes after the restart.

Ethan Ingram played a perfect pass in behind the Arsenal defence to Richards, who had just enough time to lift his head and pick out Cleary unmarked 12 yards away from goal, with the striker wrong-footing Graczyk to make it 2-0.

But the away team fought back into the contest after that particular setback. Wide man Omari Hutchinson was a constant threat throughout the encounter and he came close to scoring when he first stung the gloves of Cann, before crashing the ball against the underside of the crossbar shortly after.

But his goal would soon come. The No.7 was first to meet a headed Albion clearance on the edge of the area, and the Arsenal man quickly sorted out his feet and fired home into the bottom corner to reduce the deficit.

However, Albion weren't about to throw away their deserved victory and added two goals in the final stages of the match.

Zac Ashworth was brought down inside the box two minutes from time, giving Andrews the chance to restore the two-goal lead from the spot.

The midfielder calmly stepped up to the ball and stroked it into the left corner with a right-footed effort, sending Graczyk the wrong way.

And the encounter was wrapped up in added time when substitute Mo Faal raced onto a straight ball and looped it up over the on-rushing Graczyk to put the finishing touch to an eye-catching display.

*With thanks to GEvansPhotography for the images