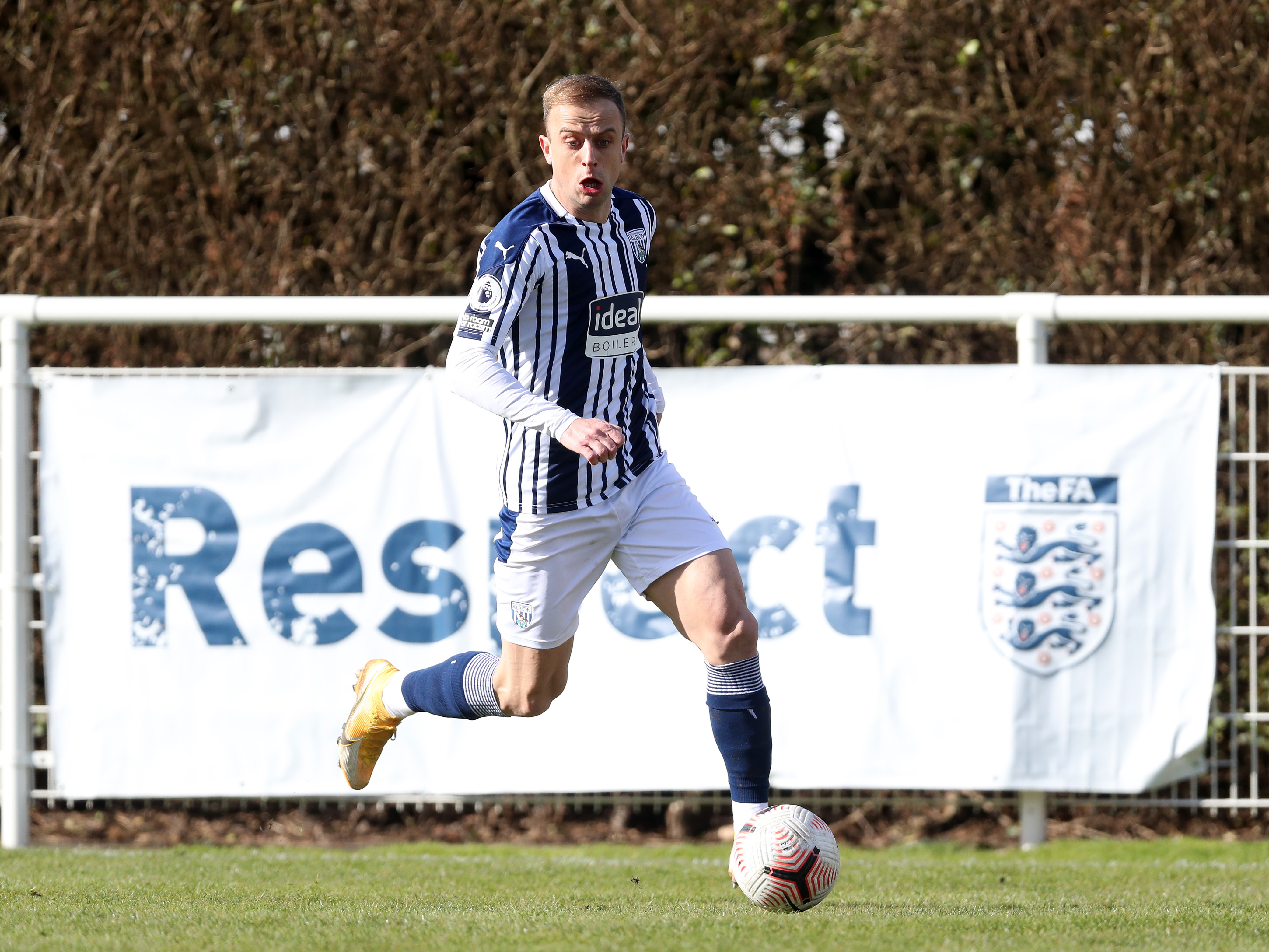 Albion’s PL2 side were edged out 1-0 by Stoke City on Monday afternoon.

Douglas James-Taylor netted the game’s only goal in the first half after a mix-up between Baggies keeper Ted Cann and defender Ethan Ingram.

But Albion enjoyed a better spell in the second half and only a smart save from City stopper Robbie Hemfrey denied forward Owen Windsor from netting Albion a late equaliser, as the visitors left with all three points.

The game began with few chances as both sides fought for a foot-hold in proceedings.

But it was Stoke who took the lead on 27 minutes after a lack of communication between England Under-18 international Ingram and stopper Cann saw a deflected clearance fall kindly to City attacker James-Taylor, who had the easy task of rolling the ball into an empty net.

The remainder of the first 45 saw chances come at a premium, but Albion managed three efforts on Stoke’s goal in response to falling behind towards the end of the half.

Windsor used his strength well to muscle his way into the box before unleashing a shot straight at City stopper Hemfrey, before Toby King lashed a first-time effort from the edge of the box just wide of the post.

Albion’s trialist showed good footwork and passing before seeing the ball returned to him for a shot at goal. But his powerful attempt from distance was straight down the keeper’s throat, as Albion went in trailing at the break.

Nick Clayton-Phillips and Rico Richards were introduced after the interval, as Deon Burton’s side tried to exploit the flanks in the second half.

Poland international Kamil Grosicki found pockets of space as the game went on and was allowed room for a shot 10 minutes into the half, but Hemfrey wasn’t forced into action as his curling effort flew wide of the mark.

City weren’t content with sitting on their lead, though, and only George Harmon’s outstretched leg denied D’Margio Wright-Phillips a tap-in after beating the offside trap.

And Albion nearly found themselves 2-0 down just moments later when Stoke midfielder Thomas Sparrow was given space to meet a pinpoint cross from the right, but despite being given time and space, he could only guide his free header wide.

Those opportunities were the last sights of goal City had during the game, as Albion seized the initiative in pursuit of an equaliser.

Substitute Richards displayed some great close control and dribbling after replacing Ingram, and he should have scored after neat interplay down the left saw Grosicki lay off the young midfielder with space to shoot. But Richards’ first-time effort bobbled just wide of the bottom corner.

Albion’s trialist was next to shoot at goal, but his shot had too much power to trouble Hemfrey between the sticks.

But the Baggies saved their best chance till last as they capitalised on Stoke hesitancy on the left flank to enter the box as Windsor made space to receive a ball along the floor.

However, Hemfrey got down superbly to deny Windsor’s stinging effort at the front post to end Albion’s two-game unbeaten run in the Premier League 2 Division 2.