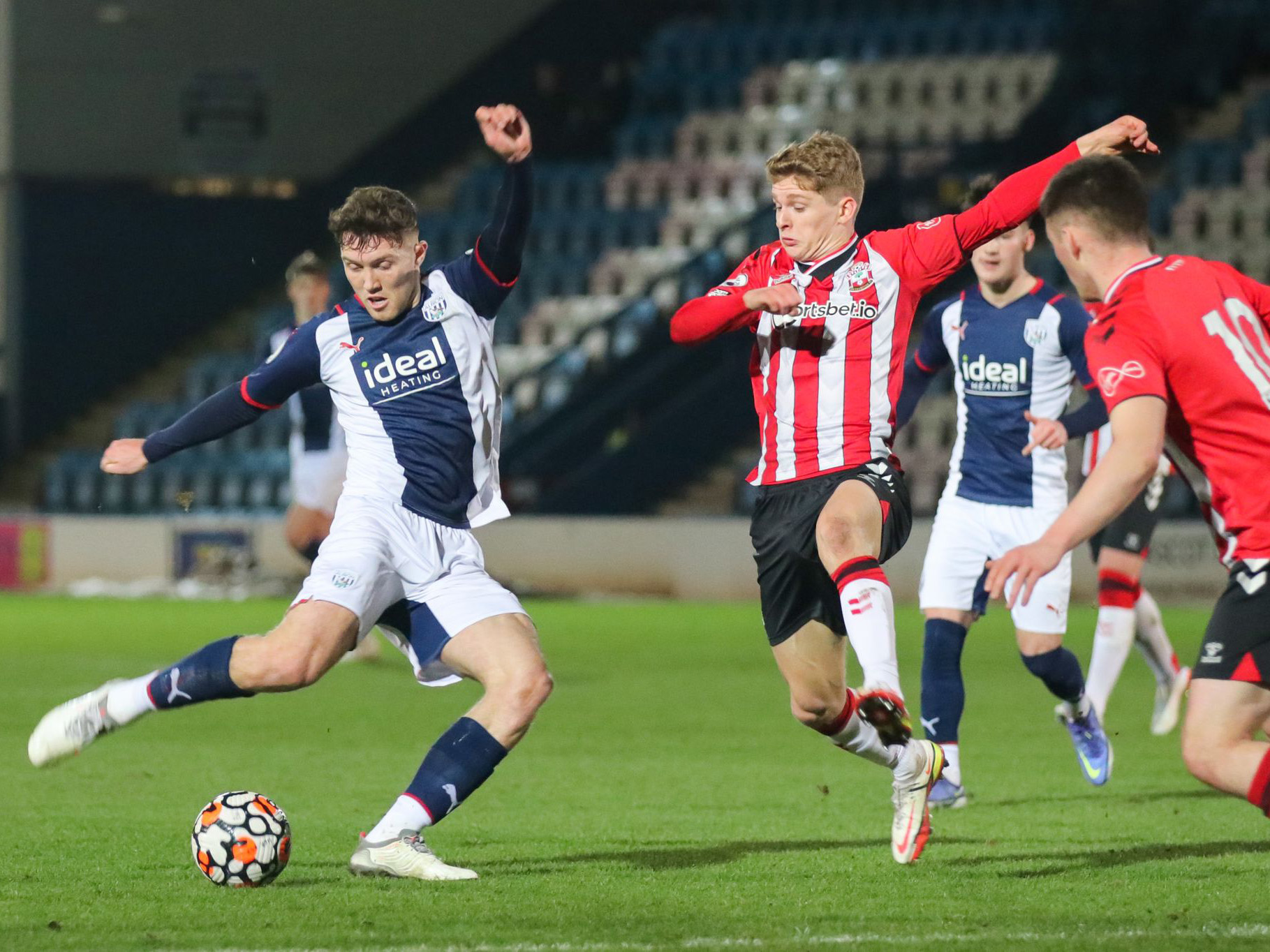 Albion’s PL2 side were edged out by Southampton on Monday night at The New Bucks Head.

Luke Pearce’s first-half volley proved to be the decisive moment in the game, as the Baggies fell to just their second home league defeat of the season.

There were positives to take from the match, though, as first-team defender Dara O’Shea came through his first full 90 minutes of competitive football since the start of September.

Jovan Malcolm was another who made his return to the Baggies PL2 side following the conclusion of his loan spell at Sky Bet League One side Accrington Stanley, and it was he who had the game’s first chance - poking a fast-paced ball past the post.

It was a first 45 spent mainly in the away side’s half but when the south coast outfit got a clearcut opportunity they made Ted Cann in the Albion goal work, with Kazeem Olaigbe forcing the stopper into full stretch when Saints managed their first attempt of the night.

Lewis Payne saw a great opening pass him by when left free in the Baggies penalty area, but the visitors wouldn’t have to wait long to take their next chance when Pearce volleyed past Cann from a corner to give Southampton the edge at the break.

A slight change in shape benefitted the Baggies during the opening minutes of the second 45. Tom Fellows’ direct running caused the away side problems, but keeper Harry Lewis held onto his eventual effort before Saints full-back Payne put another golden chance wide at the other end.

The away side were firmly in control for much of the second half, but Reyes Cleary's introduction off the bench paid dividends. Fellows missed out by a matter of inches on two of the substitute’s clever passes, before the striker forced Lewis into parrying his volley wide.

But Albion's youngsters couldn’t find an equaliser, as they suffered back-to-back defeats in Premier League 2 Division 2 for the first time this term.