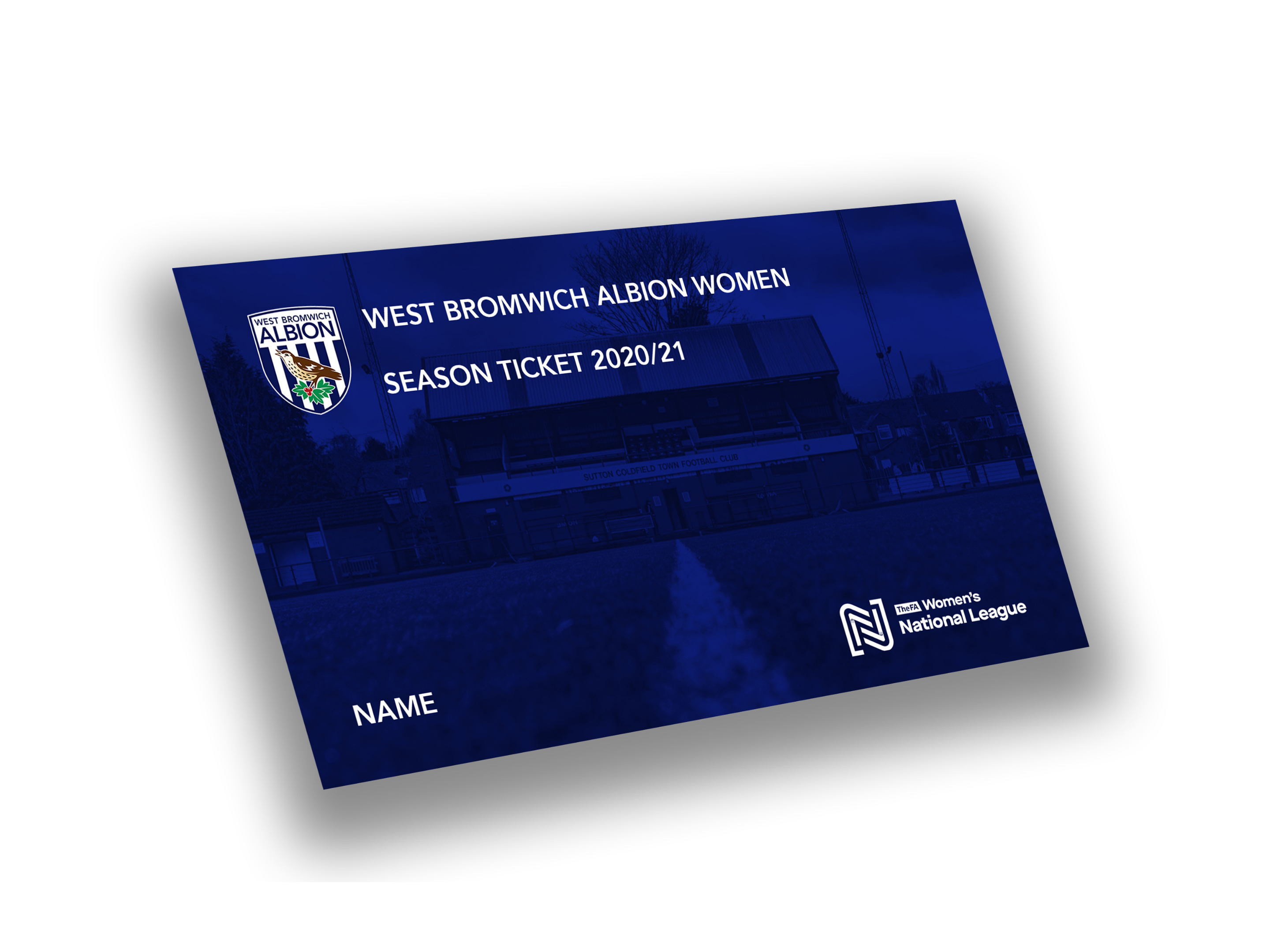 Join West Bromwich Albion Women for every competitive game at Coles Lane for the 2020/21 season.

In line with FA and government guidelines, Albion Women are excited to welcome fans to FA Women’s National League football this season at 30% of the overall stadium capacity.

The FA Women’s National League has announced the first half of fixtures for the upcoming campaign, with the second half of the schedule to be released in due course; you can find the home games listed below and the full fixture list here.

You can purchase your season ticket by clicking here.

You can follow Albion Women on social media by searching @WBAWomen.