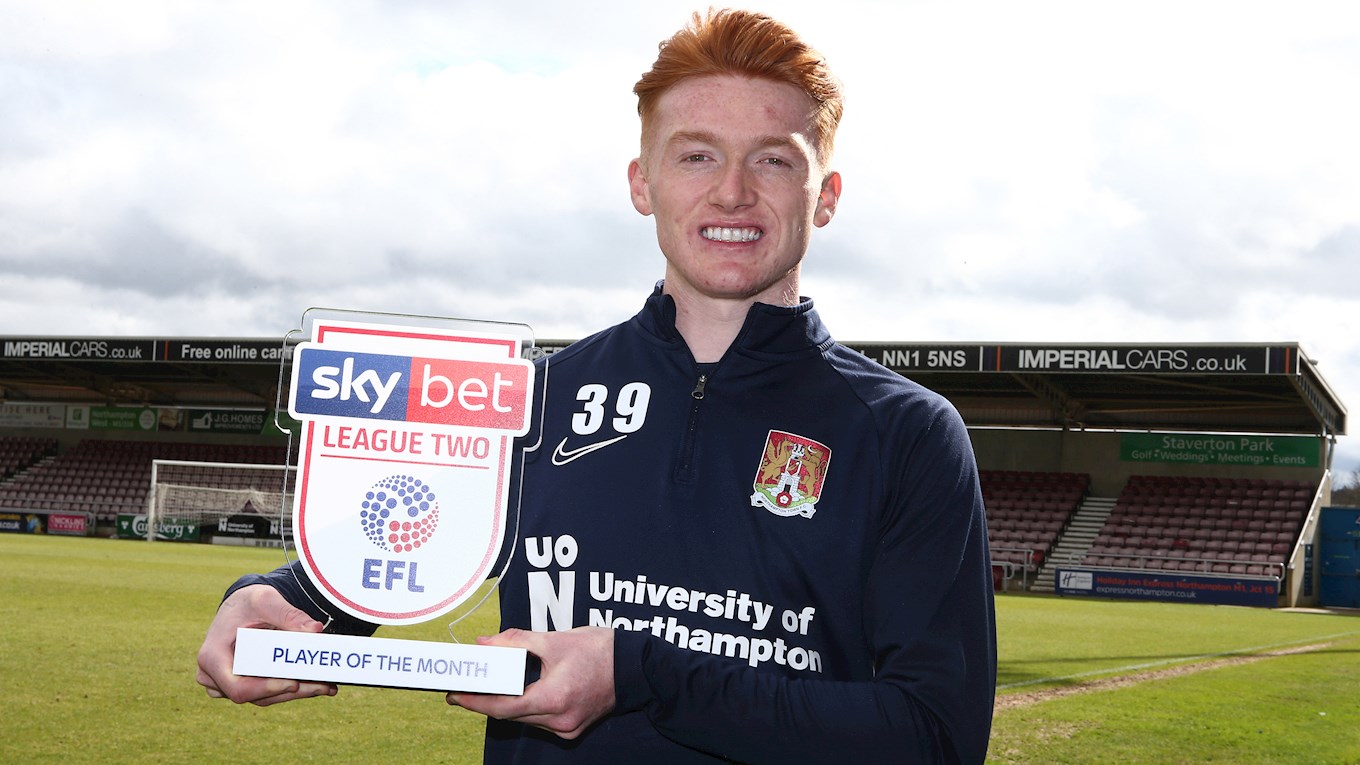 The young striker has made a big impact at The PTS Academy Stadium since joining on a loan deal until the end of the season in January and netted his first Football League goal against Macclesfield on February 1, before braces against both Walsall and Grimsby a few weeks later.

And Albion’s Sporting and Technical Director Luke Dowling has praised the 20-year-old forward for his commitment in recovering from a serious knee injury at the end of 2019, which had kept him out of action for nine months.

Luke said: “He’s worked so hard to come back and to get this move now was great for him.

“We wanted to help him last season when Northampton wanted him but that didn’t happen due to our agreement with Braintree and we know what happened after that with his cruciate knee injury.

“The biggest compliment I can pay him is we’re impressed with the hard work he shows on the pitch and that’s what we want from all our young boys on loan.

“I saw the Northampton chairman at a game recently and they’re absolutely delighted with Callum and his performances so far, which shows what he’s capable of doing.

“The biggest thing for those boys on loan and the difference between playing senior football compared with 23s is they’re in a dressing room where winning means everything to the other people you’re playing with.

“So if you’re not at the races then they’ll let you know. You’ve got to go there with the right mindset, attitude and that’s one thing that doesn’t let Callum Morton down - that’s one thing he’s got in abundance.”