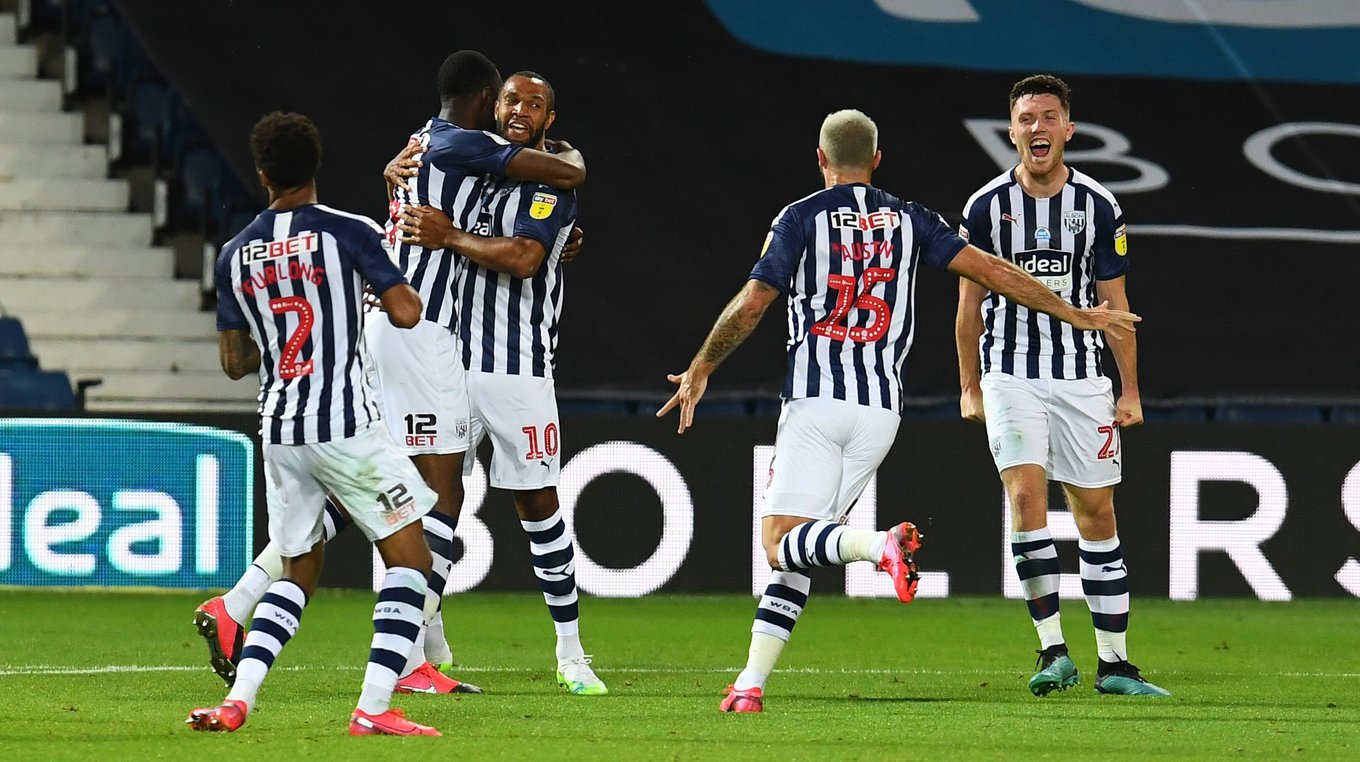 Albion clinched a record-breaking promotion to the Premier League in the most dramatic fashion at The Hawthorns on the final day of this historic season.

The Baggies fought out a 2-2 draw with Queen’s Park Rangers but had to wait for what seemed like an agonising eternity after the final whistle to learn if it would be enough to take them over the promotion line.

But when news of closest-challengers Brentford’s 2-1 defeat at home to Barnsley was confirmed, Slaven Bilic, his players and staff exploded with relief and uncontained joy as the champagne-spraying climax to the campaign arrived.

It added another extraordinary chapter to the Club’s story and also made them the first team to clinch FIVE promotions to the Premier League.

Albion’s plans for that challenge will have to wait for now, however, as Slaven and the players celebrate a thoroughly-deserved promotion from a campaign which saw them rise to the top two in September and never fall any further.

They carried an enormous pressure throughout the post-pandemic mini-season as the chasing pack bore down on them but held their nerve to take the second automatic promotion place.

Yet again, it could have been a more comfortable evening had Albion been able to finish off a higher percentage of the opportunities their forward-thinking football supplied.

But an opening goal eluded them and it was Rangers, playing a free-flowing attacking game themselves in a pressure-free environment, who struck first after the first water break.

It was the kind of goal that had Albion fans wondering if this was not to be their night. Kyle Bartley and Jake Livermore executed a tremendous block of a Ryan Manning shot only for the ball to ricochet kindly back into his path for a well-placed second attempt. Sam Johnstone had no chance and Rangers were ahead.

But not for long. The Baggies upped the gears for Grady Diangana to accelerate on to Callum Robinson’s smart pass and score with a fierce drive.

Albion could have been ahead before the interval with another flurry of opportunities before the break, most spectacularly when Robinson sprinted onto Johnstone’s long clearance but saw his volley veer away from the target.

Albion were ahead, and in control, soon after the interval when Diangana somehow evaded a log-jam of close-marking defenders and raced away to pick out Robinson at the far post.

Albion should have put the game to bed this phase with Robinson drilling wide from a one-on-one and Semi Ajayi glancing a header wide from an inch-perfect free-kick delivered by Chris Brunt.

By that time, the Albion legend was back on the pitch as Slaven rolled his substitutes but it was Rangers who jolted Albion once again when Ebere Eze broke away to finish with aplomb.

A nerve-jangling climax began with Albion initially sending Kyle Bartley up front to try to force a winner - and then calling him back as news came through that Barnsley were winning at Brentford.

Bilic was heard screaming at his team to manage the game to the finishing line as a point would be enough, a task Albion managed without any alarms before the final whistle signalled the final drama.

But Albion were finally over the line and back in the Premier League.