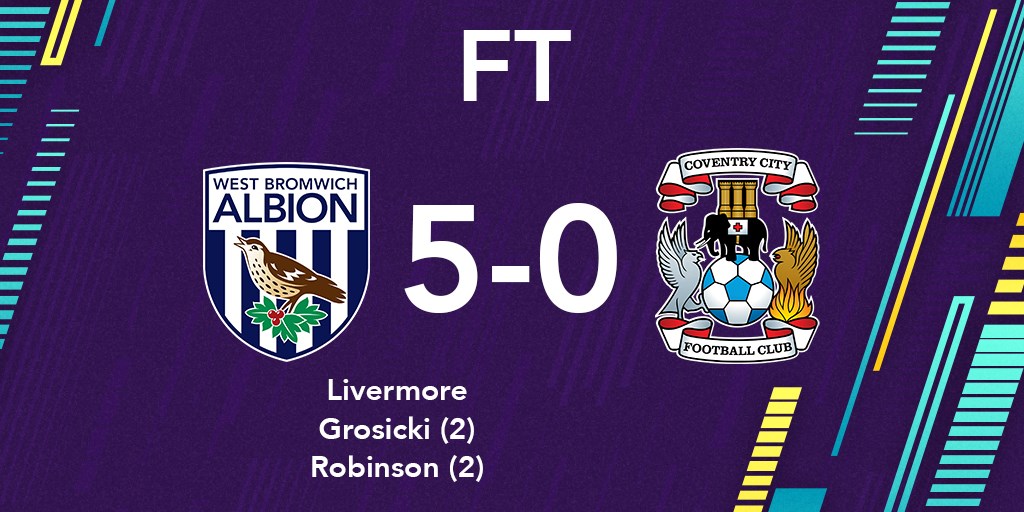 The victory means Albion are through to the next round of the knockout tournament on computer game ‘Football Manager’, with the second-round draw to take place this Sunday, April 26.

After an impressive first half, in which Jake Livermore and Kamil Grosicki netted to put the e-Baggies two ahead, technical issues meant Coventry City manager Ryan Lawrence couldn’t access his tactics, causing the game to be temporarily halted.

However, after a short pause the match continued, playing the first 45 minutes of a new game as the second half - and Romaine’s men wrapped-up the tie in style.

Callum Robinson bagged a brace and Grosicki netted a second to confirm a 5-0 victory and a place in the second-round for Albion.

What a group of lads I’ve had the pleasure of managing after a hard weeks graft we were ruthless in the tie!! Thanks to all the support who were vocal throughout see you next round....STAY SAFE 💙 https://t.co/doHIB9aQqR

You can keep up to date with Romaine’s progress in the tournament via the Baggies' Twitter account.