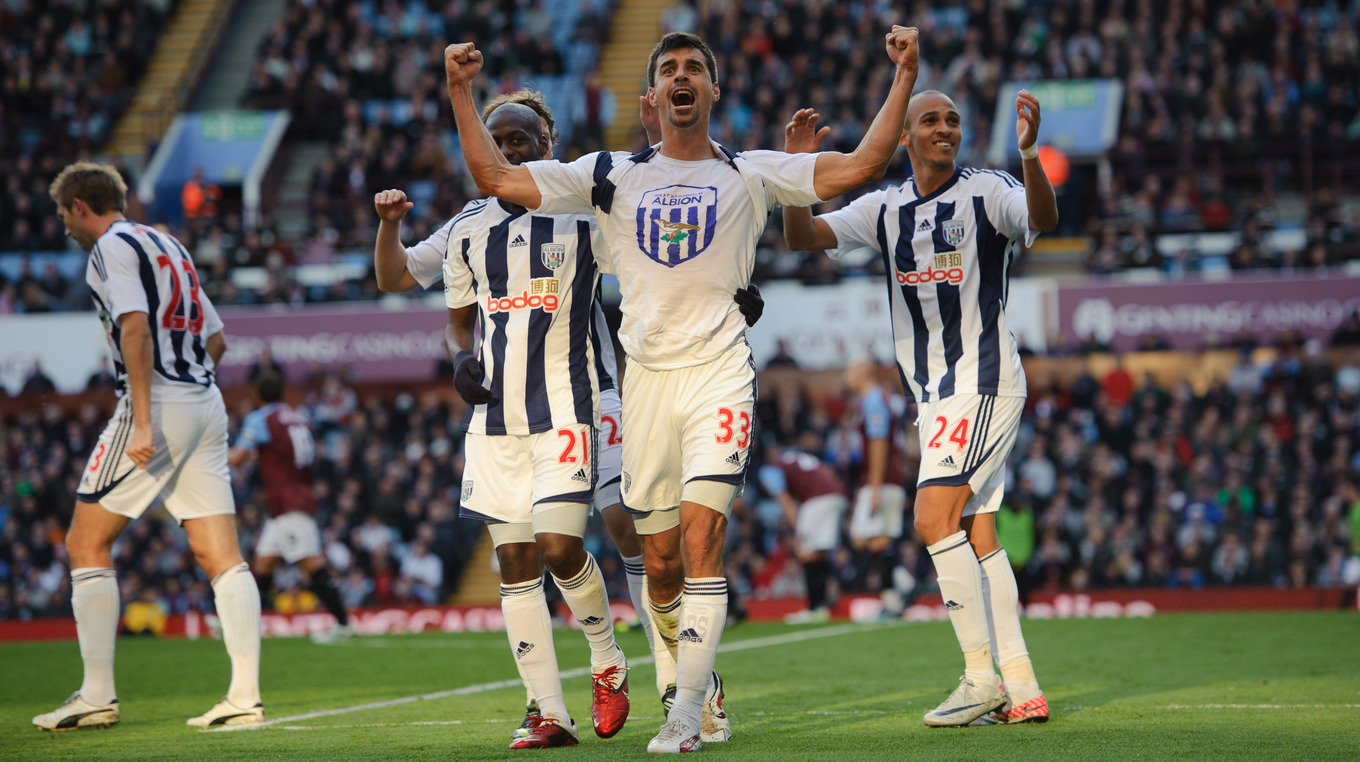 We’ve delved into the archives to find some classic encounters between Albion and their Sky Bet Championship Play-Off opponents Aston Villa.

The Throstles and the Villans fought out a memorable FA Cup semi-final at Molineux with Brian Whitehouse bagging a brace. Just four days later the Baggies were beaten 1-0 in the replay at St Andrew’s. Ten-man Albion came back from a goal behind to earn a maiden Premier League win over Villa. Peter Odemwingie levelled before Youssouf Mulumbu netted the winner with six minutes remaining.

The Baggies triumphed at Villa Park for the first time in almost 30 years as two Chris Brunt corners, converted by Jonas Olsson and Paul Scharner, caused havoc after Darren Bent had initially put the home side ahead. Albion staged a second-half fightback to take a share of the spoils in B71 thanks to Brunt’s curler and a late Odemwingie equaliser.

Shane Long netted a stunning brace as Albion and Villa drew 2-2 for the second time in less than 12 months at The Hawthorns.