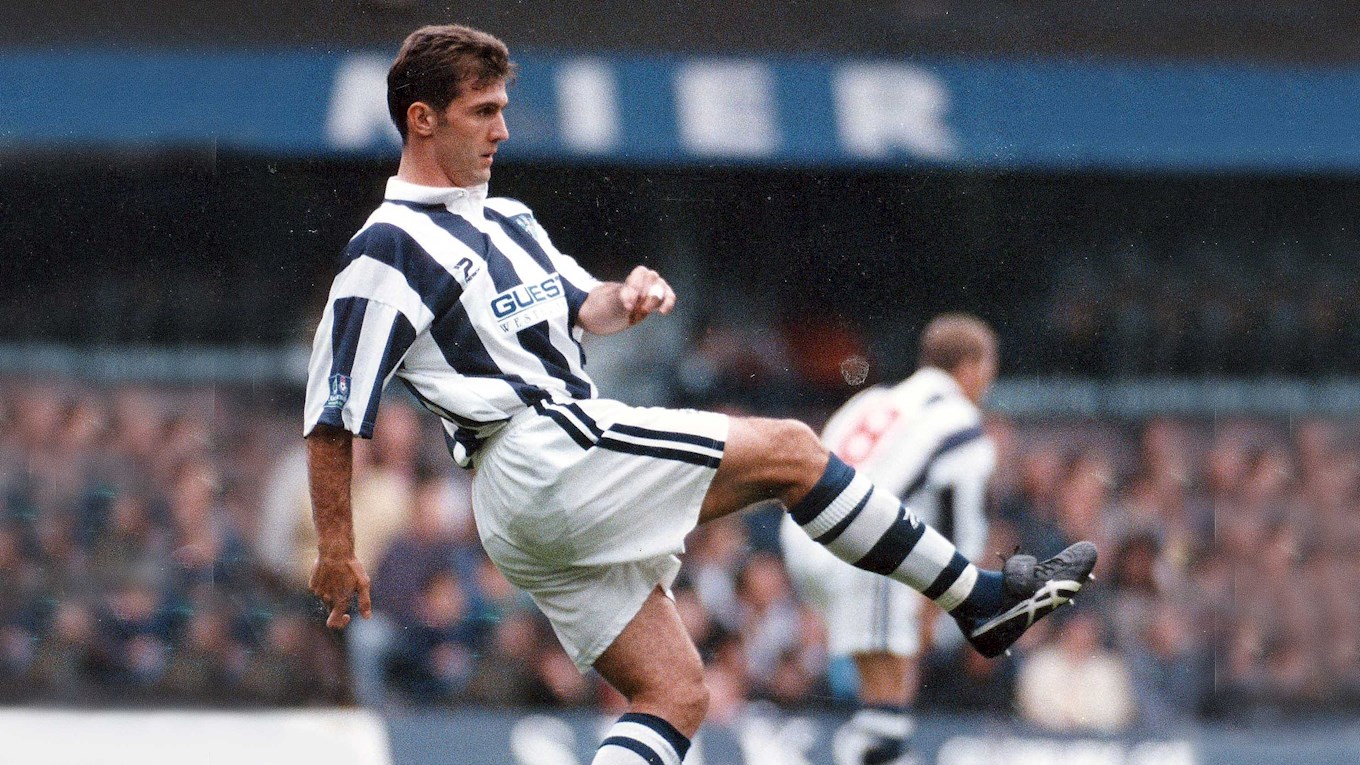 It’s back to the ‘90s for our Albion cap presentation on Friday night when we welcome back Captain Mardon - International!

Paul Mardon played will receive cap number 661 before the game against Birmingham City on Friday evening.

The Welsh international centre-half played 154 games for the Throstles after joining us from Blues in November 1993, succeeding Mike Phelan as club captain in 1996.

Mardon scored three goals in his time at The Hawthorns, most memorably in the 2-1 win over Wolves at Molineux in February 1994. If that doesn’t entitle you to a cap, what does?