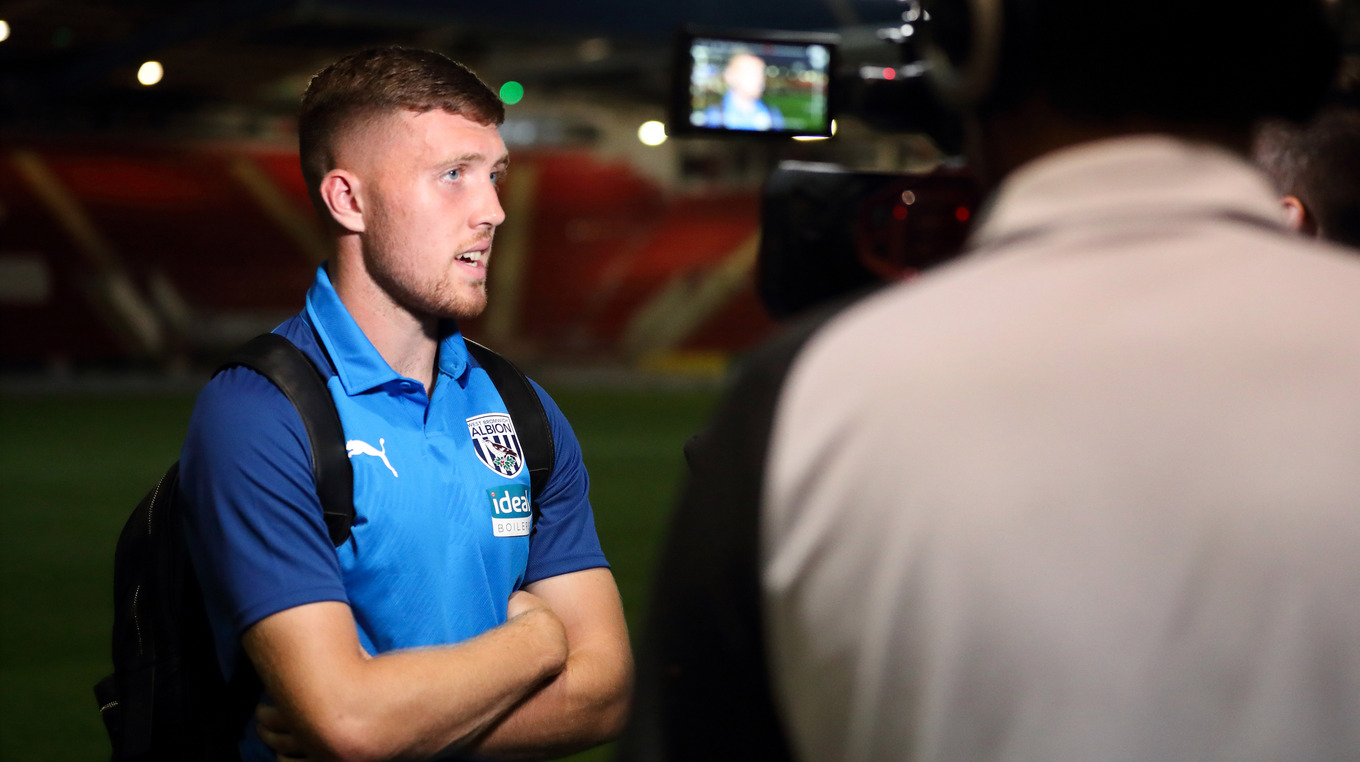 Young defender Dara O’Shea spoke of his delight at playing such a prominent role in Albion’s pre-season preparations ahead of the 2019/20 Sky Bet Championship campaign.

The Irishman powered home a second-half header at Rotherham United on Tuesday night to earn Slaven Bilić’s side a draw, in the process, keeping up his record of appearing in all of the Club’s friendly fixtures so far.

Dara, who featured 33 times for Exeter City while out on loan during 2018/19, has impressed in recent encounters with Villarreal, Scunthorpe United and the Millers.

And the 20-year-old says his heavy involvement in something which he “couldn’t have imagined”.

O’Shea said: “Pre-season has been great for me personally.

“I don’t think I could have imagined being involved as much as I have done so far, which is great.

“It’s special enough to get the chance to play in this team having come through the Academy. I’m really grateful to be getting the minutes.

“Scoring a goal is a great feeling and I’m really happy with it.

“It was a good pre-season test and we all got minutes in our legs which is the main objectives from these games.

“There were a few tackles thrown in as well, not just plenty of passes.

“It was a really good workout for us and we can all look forward to the Bournemouth game on Friday now.”