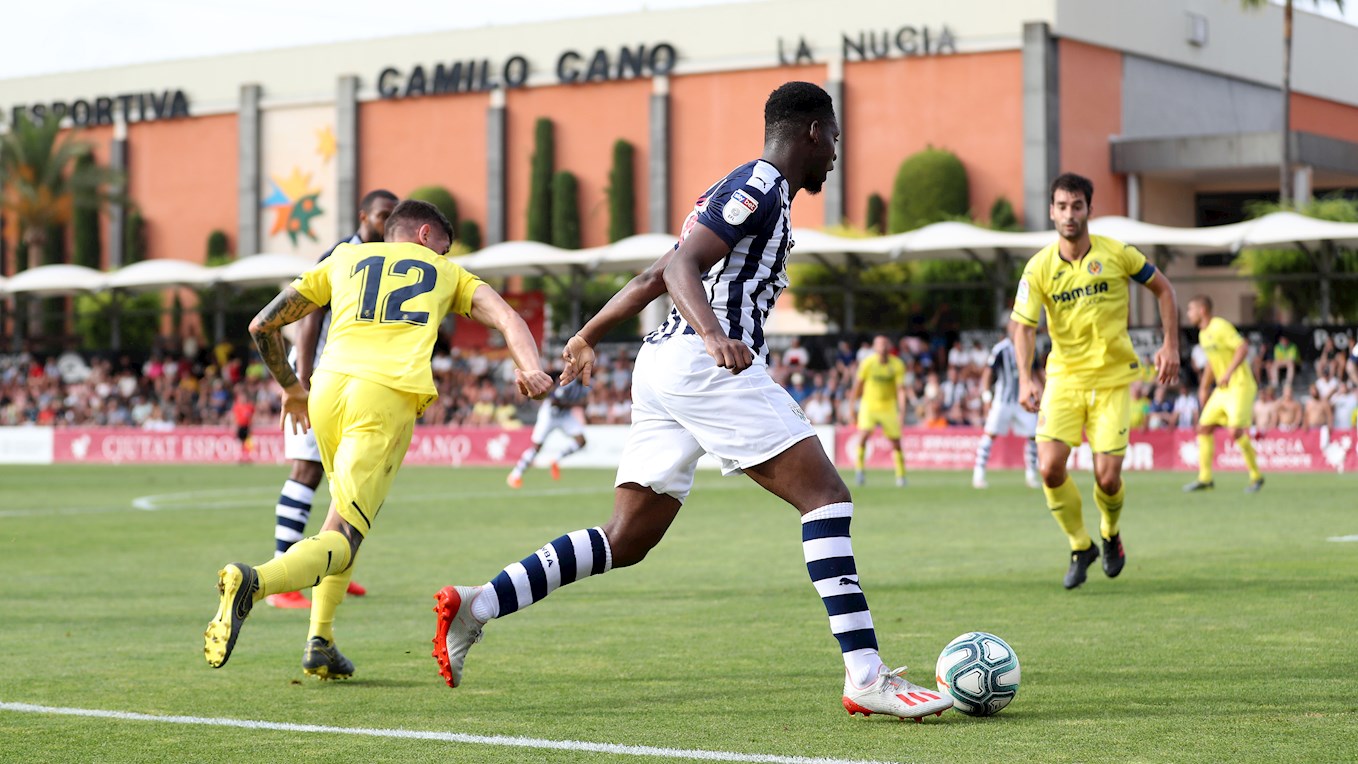 Albion got the work-out they wanted - if not the result - as they closed their Spanish training trip with some hard toil against La Liga outfit Villarreal.

But Head Coach Slaven Bilić took the opportunity to give all of the outfield players in his travelling party time on the pitch which should be valuable, especially for the youngsters hoping to make their mark this season.

About half of an estimated crowd of 1,900 were made up of Baggies fans who had taken advantage of the Costa Blanca setting to take in this friendly.

For Albion it was the climax of a week of hard work in some boiling temperatures and the typically slick Spanish opponents didn’t make their evening any easier with plenty of possession play.

But they ultimately won the game from some sloppy goals Albion will expect to eradicate as they sharpen up for the Sky Bet Championship ahead.

Gerard Moreno scored with a back-post header from the game’s first corner on seven minutes while a penalty for a trip, converted by Manuel Trigueros on the stroke of half-time, spelt further frustration.

A miscued clearance handed Villarreal their third through Carlos Bacca near the end.

There was a first taste of action from the one new recruit of the summer so far, Filip Krovinović, as a second-half substitute and a return to Albion duty for Allan Nyom after a year’s loan.

And young central defender Dara O’Shea enjoyed some major game-time along with Kyle Edwards - with both performing impressively.