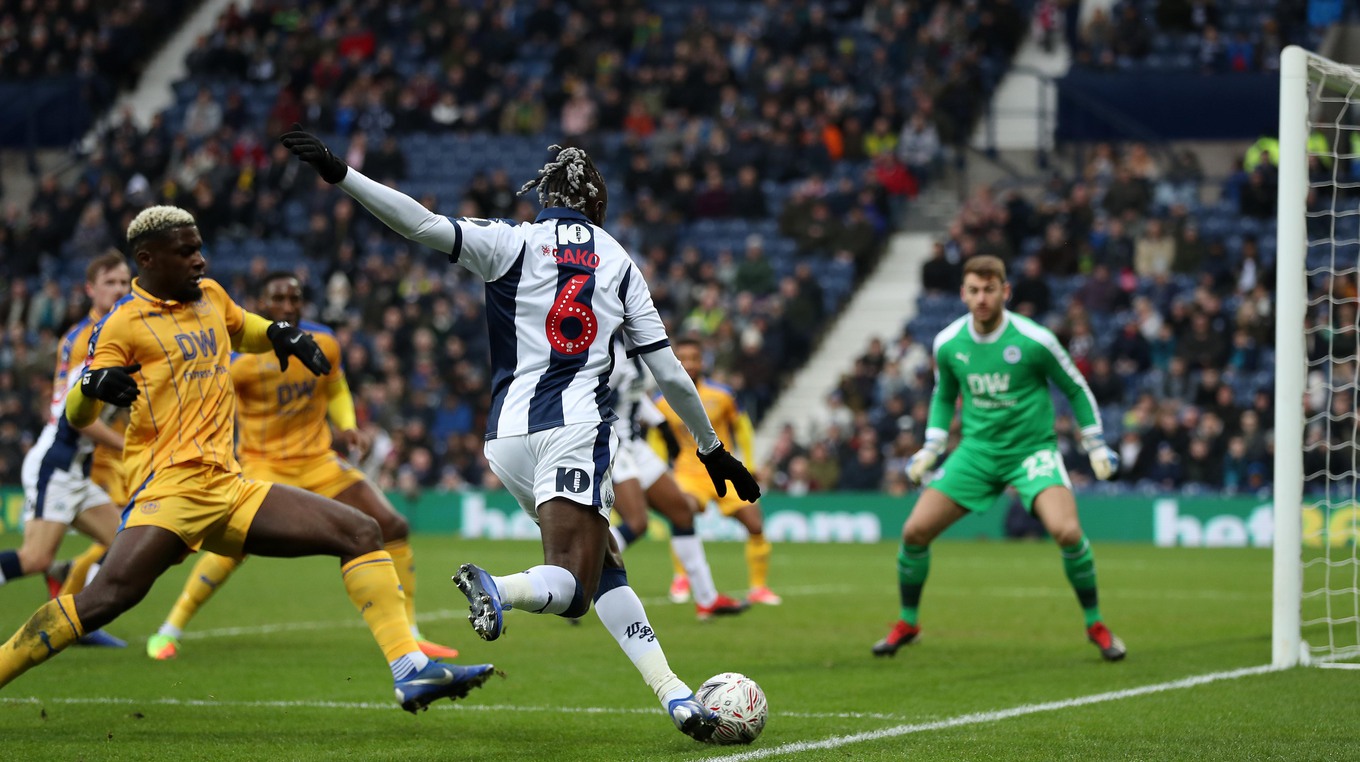 ALBION sealed their placed in the Emirates FA Cup fourth round with a comfortable 1-0 victory over Wigan Athletic at The Hawthorns.

Bakary Sako's first goal in an Albion shirt proved to be the difference between the two sides, with the Baggies forward heading past Jamie Jones just after the half-hour mark to give the hosts the lead.

Albion dominated large parts of the game and were unfortunate not to double their lead having created an array of chances. Darren Moore's men soaked up a late resurgence from the visitors to seal a place in Monday's draw.

The Baggies boss made nine changes to the side that travelled to Blackburn, with only Tosin Adarabioyo and Kyle Bartley in situ from the New Year's Day fixture.

New-boy Mason Holgate made his Albion debut, with fellow youngsters Sam Field, Rekeem Harper and Jonathan Leko all in the Albion starting XI.

The early stages saw Jonathan Bond keep out a low effort from Will Grigg, turning it around the post with a strong hand, which was followed by a Chey Dunkley header going over the bar from the resulting corner.

Albion responded by having a Kyle Bartley header blocked from a Chris Brunt free-kick, before the skipper caused further havoc with a whipped ball in from the left, but Leko failed to capitalise from close-range.

A tremendous curling free-kick from Brunt was tipped wide by Jamie Jones on 30, but the Latic's keeper could not keep the Baggies at bay moments later.

Brunt's left-wing cross from just inside the box found Sako who headed through the arms of Jones, onto the bar, and over the line from close-range, with the celebrations temporarily delayed while Hawkeye confirmed the goal should stand.

After the opener Albion asserted their dominance, in seach of a second, with Holgate tip-toeing his way past two defenders on the right, before cutting inside to test Jones with a low curling shot.

It was the hosts that looked to stretch their lead after the break, as Harper played through Sako, who went one-on-one with Jones in the Wigan goal.

However, Albion's goalscorer could not double his tally and was denied firstly by the legs of the Wigan stopper, before his second effort was blocked by Dunkley on the line.

The Baggies remained in the ascendancy, with Leko bursting into the box from the left but he skewed his shot well wide from eight yards. The search for a second continued as Holgate headed just over from an Albion corner moments later.

The one-goal advantage remained, with substitute Hal Robson-Kanu going through to fire a left-foot drive well over the bar and into the Birmingham Road End, before having his claims for a penalty waved away late on.

It mattered little with Albion holding on to secure their place in the fourth-round draw.