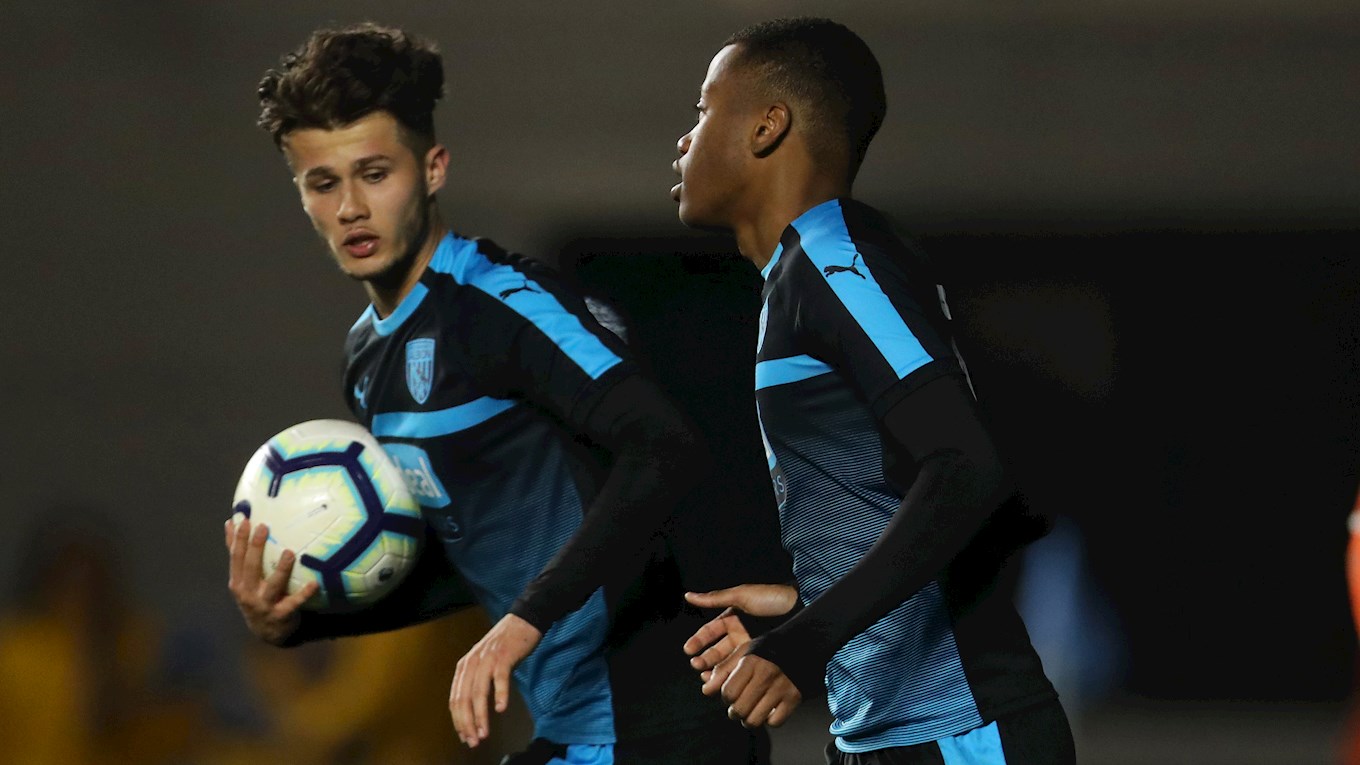 Albion Under-18s were denied a place in the FA Youth Cup final after being overcome 4-2 by Manchester City at the Academy Stadium on Monday night.

The result brings an end to a historic run that saw the Club brilliantly reach the semi-finals of English football’s most prestigious youth competition for the first time in over 40 years.

It was a valiant effort from the young Baggies who, despite going a goal down inside nine minutes thanks to Ben Knight, fought back to get themselves in the game at half-time with a great Jamie Soule strike.

However City, through Tom Doyle, Knight again and Felix Nmecha, scored three in the second-half to progress and play Liverpool for a chance to lift the trophy despite Rayhaan Tulloch’s late goal.

Mike Scott named exactly the same team that had dramatically beaten Everton in February’s quarter-final at The Hawthorns for the tie in Manchester.

But it was City who started strongly and took the lead inside nine minutes when Knight slid the ball into the bottom corner from close-range.

They continued to pressure the Albion defence but the young Baggies stood firm - most notably when a combination of Nathan Ferguson and Josh Griffiths kept Adria Bernabe out when he looked destined to score.

The away side finally settled into the game around the half-hour mark and capitalised on their first real spell when Soule curled a great effort home from just inside the area.

Neither team could take an advantage into half-time but both went close - Morgan Rogers seeing a shot blocked on the line before Josh Griffiths brilliantly saved Felix Nmecha’s long-ranger.

City, much like the first-half, came out firing following the restart and went back in front on the 53-minute mark as Tom Doyle netted from distance.

Knight sealed his brace from a corner to put the home team in a commanding position with less than 20 minutes to play, though they were given a scare when Rogers latched on to a defensive mishap and squared the ball to Tulloch to reduce the deficit.

Shortly after, Felix Nmecha ensured it was to be City that take on Liverpool in the final, though, when he fired in their fourth of the evening with just a couple of minutes to play.