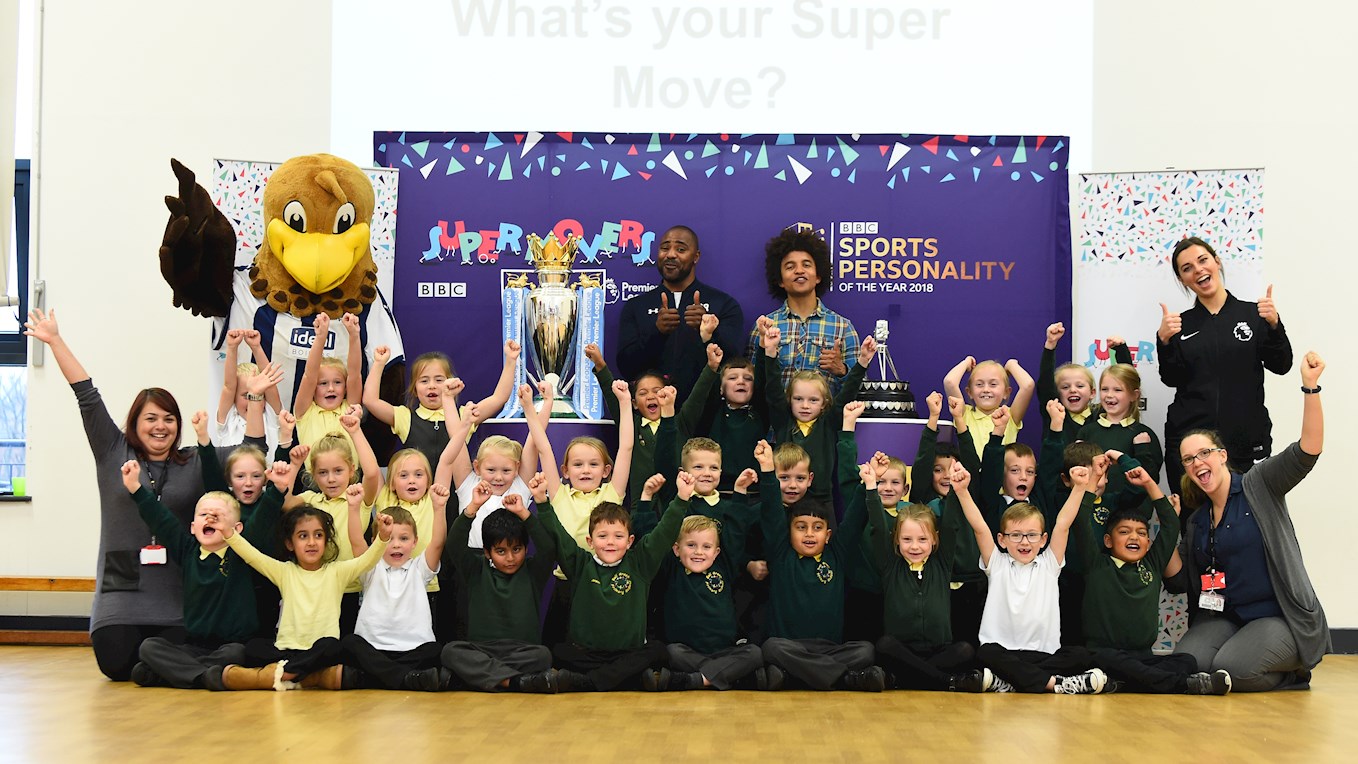 INSPIRATION was the theme of the day as the Sports Personality of the Year award and Premier League trophy paid a visit to local schoolchildren.

Supported by the BBC and Premier League, The Albion Foundation took the trophies and Baggie Bird to visit Hall Green Primary School and Lodge Primary School to make it an unforgettable day for the pupils.

The aim of the day was to encourage youngsters to lead a healthy lifestyle, with a special Super Movers session held.

The Premier League and BBC initiative helps teachers get their pupils moving throughout the day with lots of free, easy-to-use video resources and football-inspired incentives.

"Today has been astonishingly special for our children, the look on their faces when they saw the trophies just said everything in the world," said Kim Heng, Hall Green Primary School Headteacher.

"I really hope that this day will give them the drive that we aspire to give them." The day had a sprinkling of sporting gold dust, with Olympic champion, Mark Lewis-Francis, on-hand to retell his tale of how he won the 4x100 metre final at the 2004 Olympics with Team GB.

"It's always an honour to come back to my local area and give back," said Mark.

"I was born and bred in Smethwick, I love being here and I love giving back.

"Once I get the Olympic gold medal out you can see the children's eyes light up." Blue Peter star, Radzi Chinyanganya conducted the day's proceedings and was pleased with what he saw.

"The kids have gone berserk today, in a positive way," he smiled.

"It's been a really fun and special day. I genuinely love sport and I always have, but I think what we're doing through Super Movers is being as inclusive as possible.

"It doesn't matter if you're the guy at the back of the classroom who perhaps gets embarrassed when doing sport or is uncoordinated, what we're doing is about celebrating moving."

The day fit the bill perfectly for the Foundation's Sport Development Department, which works with 49 local schools in an effort to promote active lifestyles to young people.

"To see Mark, who has won an Olympic gold medal and knowing that he is a local lad, might inspire them to want to achieve something similar themselves.

"It's brilliant to add value to our school partners. We do a lot of work with these primary schools, we see their children regularly through our PE lessons but it's nice to provide something a bit different and exciting that they otherwise wouldn't get to do."

For more information regarding the Foundation's work within schools, please email richard.holmes@albionfoundation.co.uk.