Raise your scarves for Cyrille 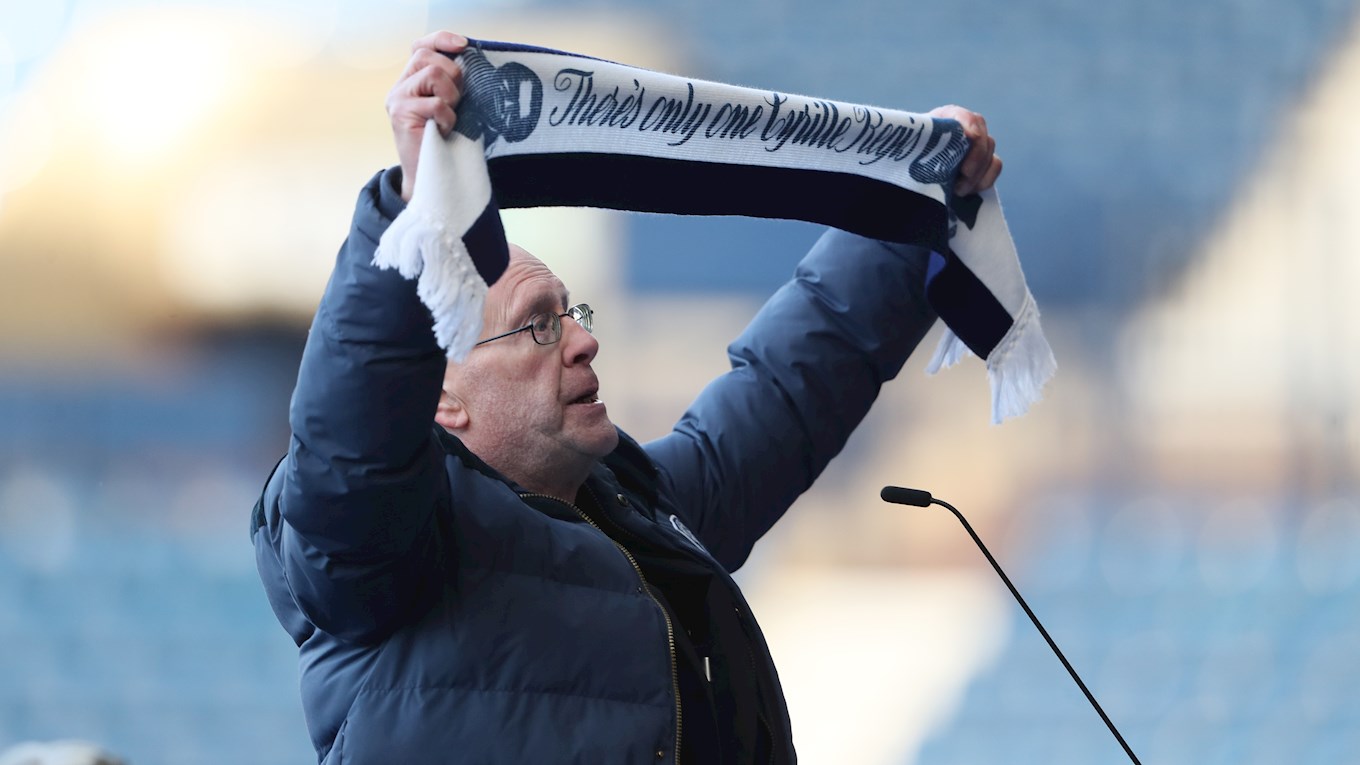 FANS attending Saturday’s game are invited to bring scarves in order to play their part in a special tribute to Cyrille Regis.

Supporters will be asked to raise their scarves during a video tribute to Cyrille in the build up to kick-off. Southampton fans are welcome to join in should they wish.

We're hoping the scarves will provide a blaze of blue and white and, of course, yellow and green to offer a memorable Hawthorns image that will forever be associated with Cyrille.

The raising of the scarves is planned when the Club's video tribute, featuring Andy Williams' 'The Impossible Dream', is played on the big screens.

The Premier League clash against Southampton marks Albion's first home game since Cyrille's passing nearly three weeks ago and the Baggies masses have responded by packing out The Hawthorns.

And, after Tuesday's emotional scenes during Cyrille's funeral and memorial service, the Club is planning to spend the final hour up to kick-off celebrating the life of one of our all-time greats.

It will be climaxed by a minute's applause just before kick-off and will feature special video and music content, as well as a star-studded parade of players who will be there to give their own salute to a man and footballer so universally admired.

Stay in touch with wba.co.uk for more details.