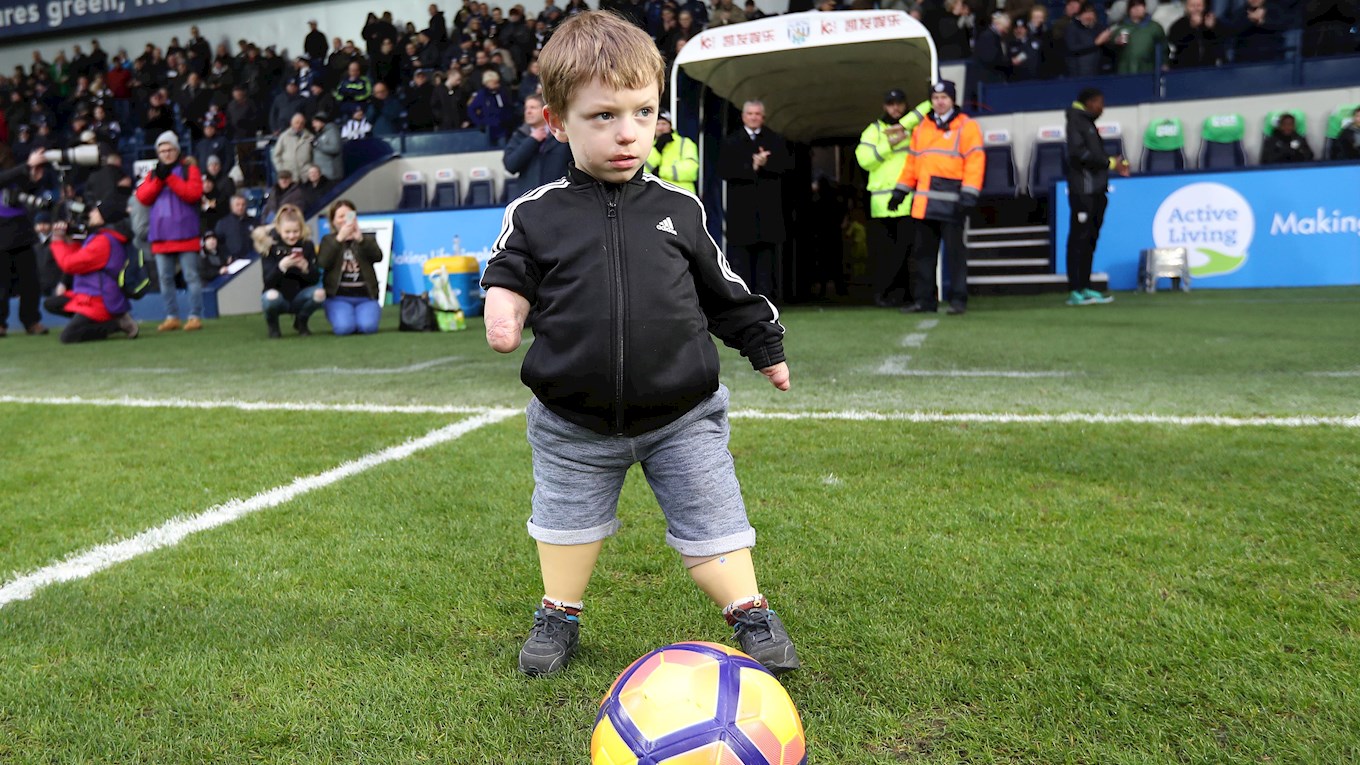 LITTLE Tommy Brown is all set for his new prosthetics thanks to a tireless fundraising effort from the Albion faithful - and James Morrison couldn't be more proud.

Baggies fans will be more than familiar with Tommy's plight after the brave youngster was introduced as Fans' Champion before the 1-0 victory over Stoke last January.

The six-year-old has battled through life with limited mobility after losing both his legs and his right hand following a bout of meningitis when he was just seven months old.

His parents feared the new prosthetics he would need as he grew would take an age to finance when they launched a fundraising appeal for the £20,000 needed.

But the youngster's heart-warming story touched the Baggies family so much that the required total has not only been reached, but surpassed.

'Mozza' welcomed Tommy, his family and fundraiser extraordinaire Debbie Green to Palm Training Ground on Tuesday for the end result of a non-stop appeal - a cheque for £21,004.68 presented on behalf of all the Albion fans who contributed. Mozza presents a beaming Tommy with his cheque

Debbie had arranged a series of events which kept the money pouring in with players past and present backing her efforts - including Tommy's favourite, Mozza.

James and his pal Chris Brunt attended a sell-out 'Q&A' in April where fans also bid for a selection of Albion-related goodies donated by the Club.

As a further treat, our promotion-winning hero Andy Johnson helped Tommy place the matchball on the Premier League plinth for this season's clash with the Potters in August when the youngster returned for a second appearance as our Fans' Champion.

And Morrison was once again left humbled by the Albion family's support for Tommy.

"It's great to see our fans proving yet again that they have big hearts and will really rally round when needed," said James.

"All the lads have taken Tommy to their hearts and it was lovely to see him smiling and enjoying his trip to the training ground."