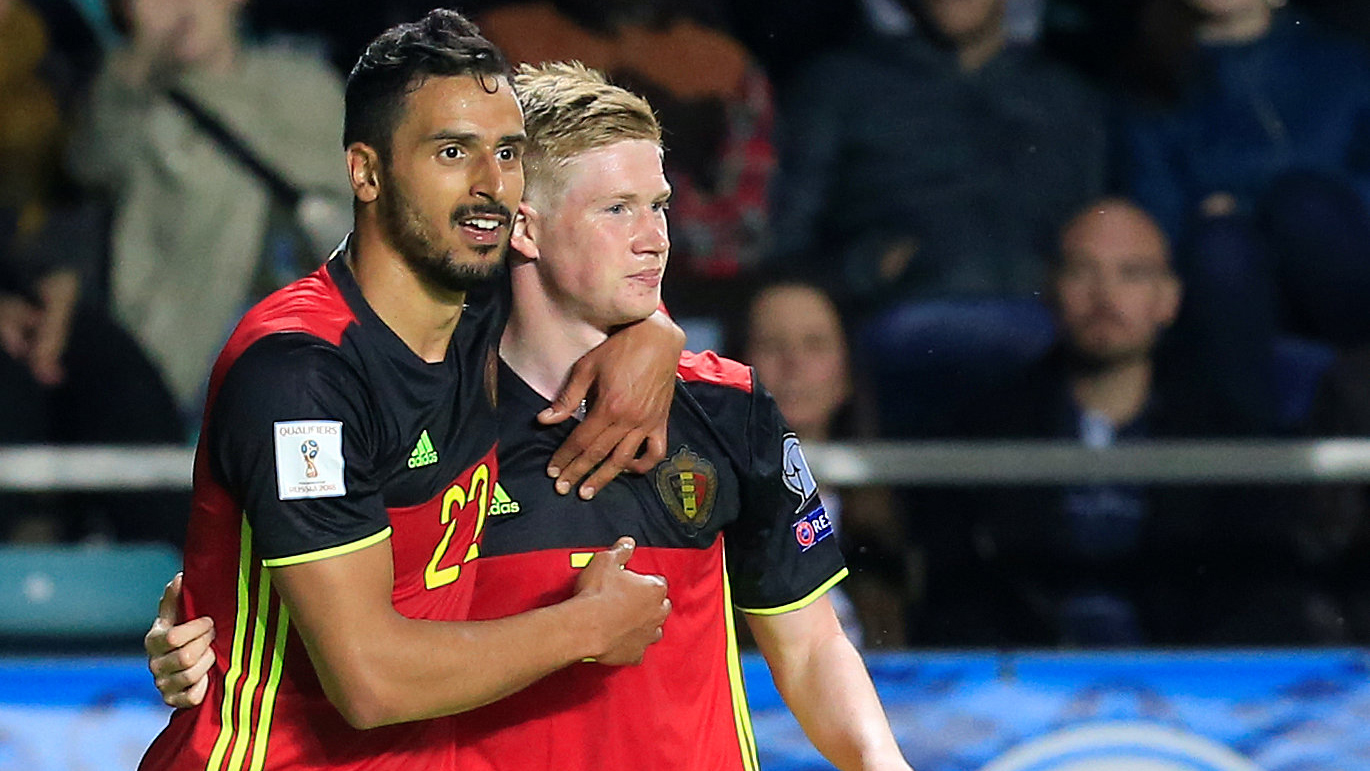 IT was a good weekend for Albion's international contingent as seven Baggies went undefeated in FIFA World Cup qualifying matches.

The performance of the weekend was Nacer Chadli's man-of-the-match display for Belgium in a 2-0 win in Estonia. Nacer played 90 minutes and scored the Red Devils' second goal as Roberto Martinez's side moved four points clear at the top of Group H.

There was also a crucial three points for Northern Ireland in Group C with Jonny Evans, Chris Brunt and Gareth McAuley playing their part in a last-gasp 1-0 win in Azerbaijan. Jonny and Brunty played the full 90 but G-Mac was forced off with a thigh injury in the 25th minute.

Jake Livermore and James Morrison played out a thrilling 2-2 at Hampden Park as England snatched a late point against Scotland in Group E. Jake played the full 90 with Mozza coming off at half-time with a knee injury as Harry Kane struck deep into stoppage-time to protect Gareth Southgate's unbeaten record in qualifying matches.

James McClean's Republic of Ireland side were also held to a point at home to Austria. James played the full game as Martin O'Neill's side left it late to nick a 1-1 draw at the Aviva Stadium and stay second in Group D.

Meanwhile, there were huge celebrations on Sunday for former Albion Academy coach Aaron Danks, who helped play a part in England's Under-20 World Cup success in South Korea. Danks spent six years working at The Hawthorns before being recruited for England duty last year to work alongside the Young Lions development teams as a valuable member of coaching staff.

And this weekend he helped guide England to a superb 1-0 final victory over Venezuela to secure the nation's biggest international title since 1966.