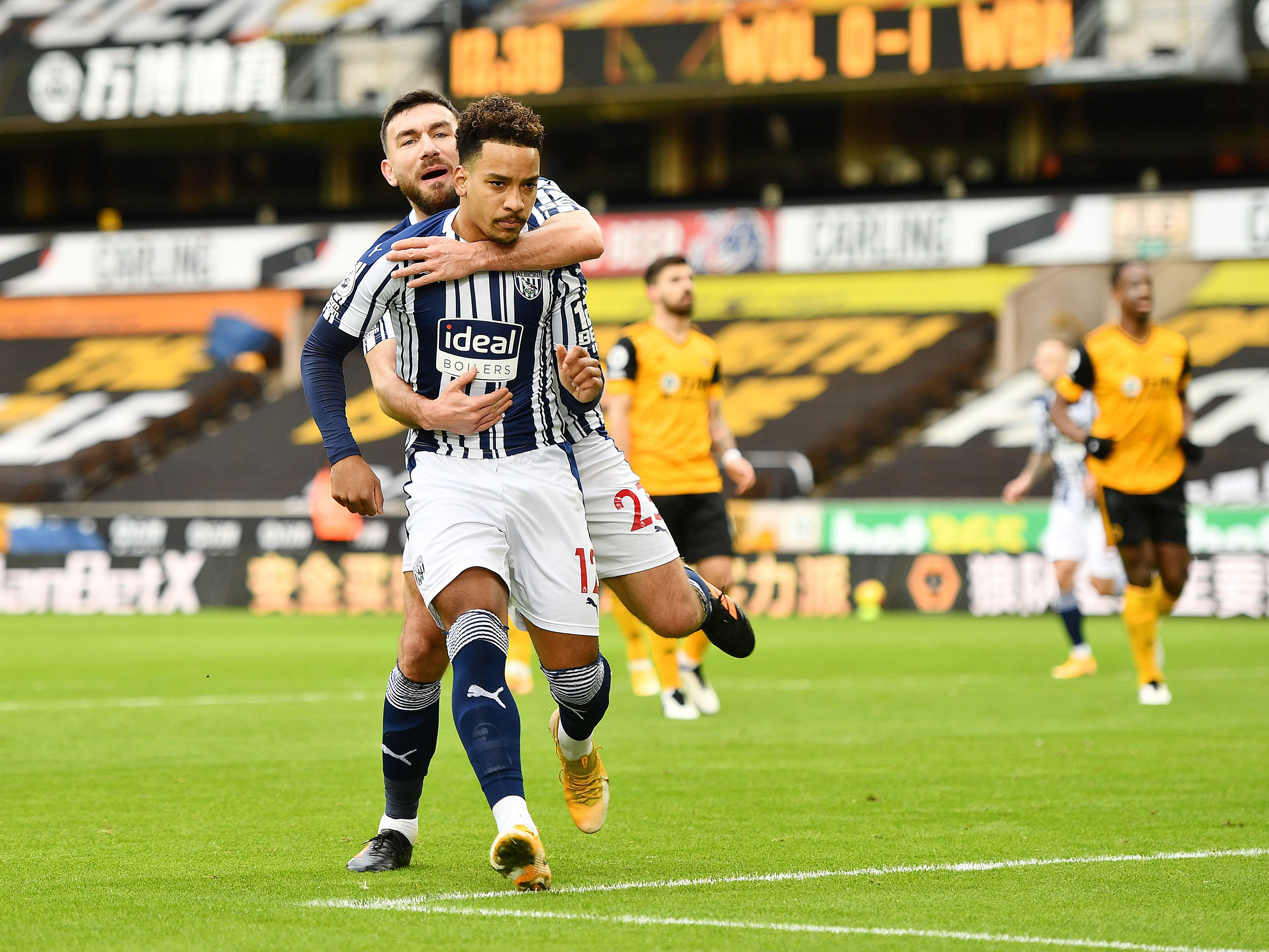 Albion claimed the bragging rights with a 3-2 victory at Molineux as the Black Country derby returned after a nine-year absence.

Matheus Pereira netted twice from the penalty spot either side of a Semi Ajayi header as Sam Allardyce’s men took all three points from the 161st encounter with the old enemy.

The Baggies were without several first-team regulars with Sam Johnstone and Matt Phillips continuing their recovery from COVID-19, while Conor Gallagher (suspension) and Grady Diangana (injury) were also unavailable.

Robert Snodgrass made his Albion debut in midfield after joining from West Ham United last week and David Button deputised between the sticks.

Allardyce’s men were ahead after just eight minutes when Matheus Pereira netted a penalty after Callum Robinson was fouled by Willy Boly just inside the area.

Albion withstood pressure from the hosts, who had much of the ball, but reduced early goalscoring opportunities to Leander Dendoncker’s three speculative efforts.

Pereira forced a low save from Rui Patricio on 19 minutes before Boly flicked wide of Albion’s near post from a low Pedro Neto cross.

The Baggies carved out a great chance for Robinson to make it 2-0 on the half-hour mark but Patricio was quick off his line to make a superb close-range save.

Fabio Silva levelled for Wolves from six yards in the 38th minute after Albion failed to clear their lines and Boly put Nuno’s side ahead two minutes before the break – side-footing in after a melee in the Baggies box.

But the Baggies were not behind for long.

Ajayi nodded inside the left upright from Dara O’Shea’s long throw to equalise on 52, before Albion took the lead courtesy of a second Pereira penalty four minutes later, following a foul on Robinson by Conor Coady.

With confidence restored the Baggies continued to push for more goals, with Sawyers and Robinson dragging wide from just outside the box.

The hosts dominated possession in the latter stages and almost levelled when Cutrone saw a fierce volley bounce over with eight minutes to go.

But the Baggies held on to claim the spoils and their second victory of the season – closing the gap with 17th-placed Brighton to three points.