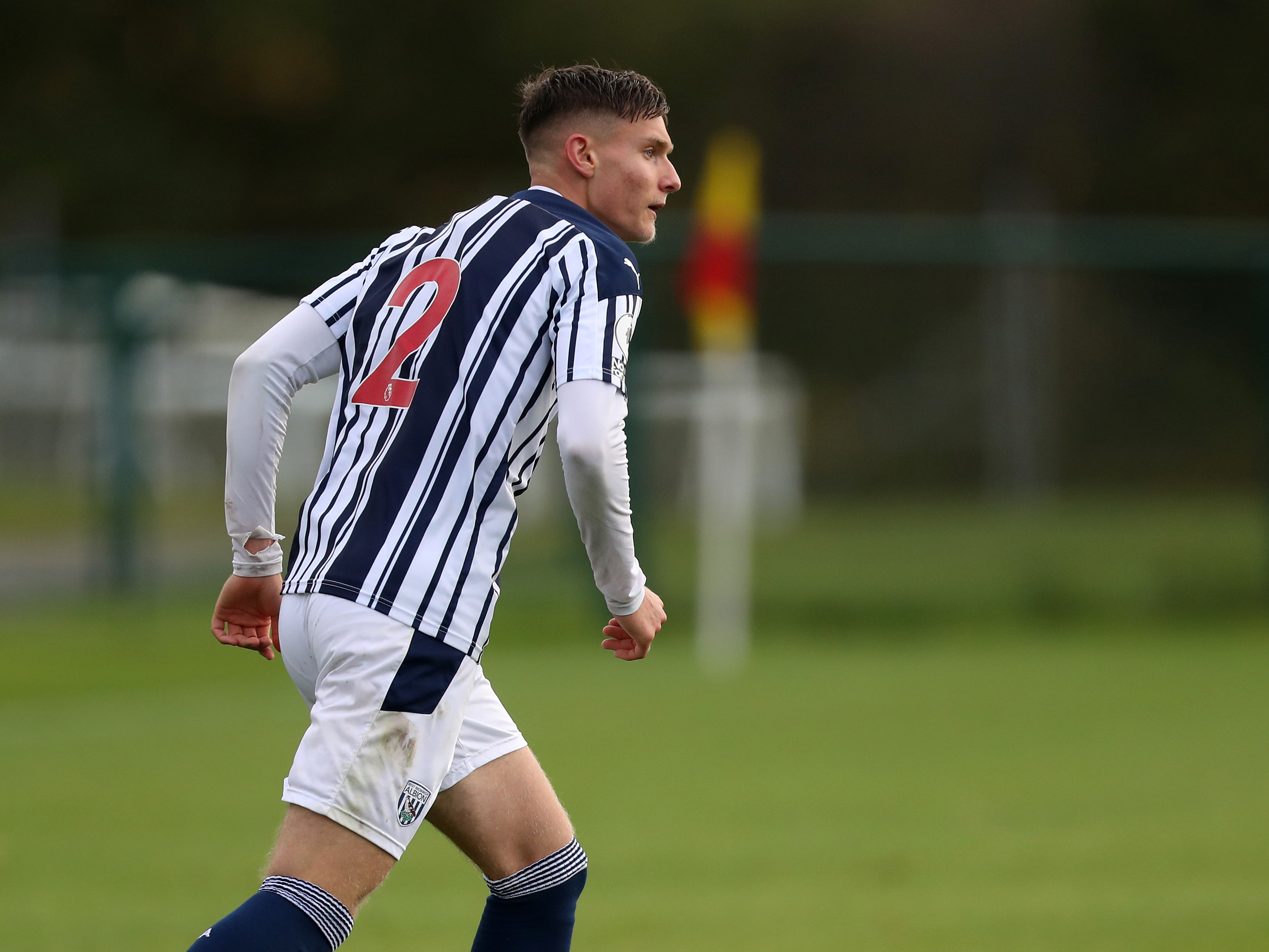 The hosts dominated proceedings in the first half, but only managed to make their pressure count 20 minutes into the second 45 when Conor Carty finished off a well-worked team goal.

But Albion enjoyed the better chances after the break and captain Gardner-Hickman took on the responsibility for the second week running to convert from the spot and earn Deon Burton’s side a share of the spoils.

Wolves' intensity was evident from the off and Owen Heskith was the prime beneficiary for the hosts in the opening stages.

The attacker found Baggies stopper Ted Cann in the way of his first close-range effort, before he was played into space with just the keeper to beat in the area just moments later. But Heskith couldn’t take advantage as he looped a shot well over Cann’s bar.

Theo Corbeanu was the next to test Cann’s resolve, but the Albion keeper pulled off the save of the afternoon by diving at full stretch to palm the Wolves forward’s curling strike round the post.

Owen Windsor had Albion’s best chance of the half when a poor pass out from the back found its way into Zak Brown’s path outside the box. But after being laid off in space on his favoured left foot, Windsor could only fire narrowly wide of the target.

Tom Fellows was handed a start against Wanderers following his goal-scoring exploits for the Under-18s in the FA Youth Cup the previous week, and he nearly gave Albion an opening to goal at the end of the first half.

The tricky winger twisted and turned before drilling a low ball across the face of goal, but midfielder Brown was just inches away from getting a decisive touch at the end of the half, as the sides went in level.

Wolves continued to look menacing from turnovers in possession at the start of the second half and they soon made possession count to produce the game’s first goal.

A sweeping move on the left wing saw Wanderers’ attack weave into the box, as Corbeanu supplied Luke Cundle in space and he in-turn squared unselfishly to Carty who had the simple task of placing the ball beyond Cann to give the home side the lead.

But from then on, it was Burton’s side who enjoyed the more clear-cut opportunities during the rest of the game.

Brown had a number of chances to get Albion’s first goal as he smashed the crossbar on his weak foot, before seeing an effort on goal saved by Wolves keeper Joe Young.

Nick Clayton-Phillips was another who was afforded space to unleash efforts on goal. The winger’s close control allowed him to drill a shot agonisingly across the face of goal before forcing Young into a save to prevent his powerful shot.

Towering centre-back Kevin Joshua was the next to find space for a chance and he very nearly levelled the scores for Albion. Clayton-Phillips’ cross from the left evaded everyone in the box, with the exception of Joshua who despite being left in space in the area, could only guide his header over.

But Albion would earn the reward for their efforts when George Harmon’s persistence and pressing paid off as he nicked possession just inside the area, before colliding with Wolves defender Jack Scott's out-swinging leg to earn a penalty.

After netting from the spot in the previous game against Sunderland, versatile defender Gardner-Hickman accepted the responsibility again. And like his penalty against the Black Cats, the skipper made no mistakes as he smashed the spot-kick under Young to ensure the Baggies extended their unbeaten run to two games in Premier League 2 Division 2.