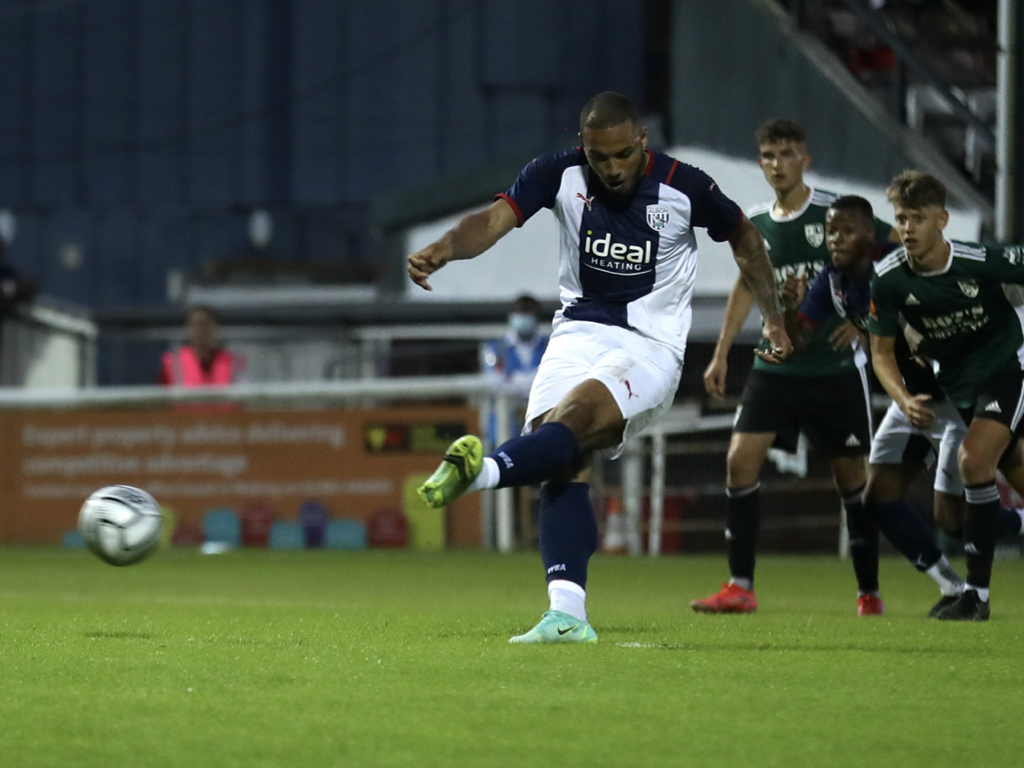 Albion continued their preparations for the 2021/22 campaign by claiming a 1-0 victory in their 30th anniversary reunion with FA Cup giantkillers Woking on Friday night.

Heroes from the Cardinals’ famous 1991 victory were part of a vibrant 1,500 strong crowd at the Kingfield Stadium, as Baggies supporters got the chance to watch their team under Valérien Ismaël for the first time since the Frenchman took charge.

Despite a night of dominance the visitors took 89 minutes to break the deadlock in Surrey, substitute Kenneth Zohore converting a late penalty to earn a deserved win.

A totally new-look Albion showed up in the south east as they started with a 3-4-3 formation while donning the recently released home kit.

The best chance during a goalless first period fell to Grady Diangana, who brilliantly brought down a long-ball to go clean through before having his effort blocked by a mixture of Woking’s goalkeeper and a defender.

There was a change in-between the sticks for the Baggies at half-time, Alex Palmer replacing David Button, but again the action took place mainly down the other end.

Matt Phillips struck the post and Diangana tested the hosts’ No.1 either side of six substitutions by Ismaël – the boss taking the opportunity to give much-needed minutes to as many players as possible.

Youngster Taylor Gardner-Hickman drilled wide ahead of four further switches from Albion’s Head Coach with 17 minutes remaining, ensuring all of the 22-man squad made it onto the pitch in the warm evening at Woking.

And the Baggies finally found the goal they had pushed for late on when Zohore was brought down inside the area. The striker stepped up to cooly place his spot-kick into the bottom right corner and secure a well-earned triumph.