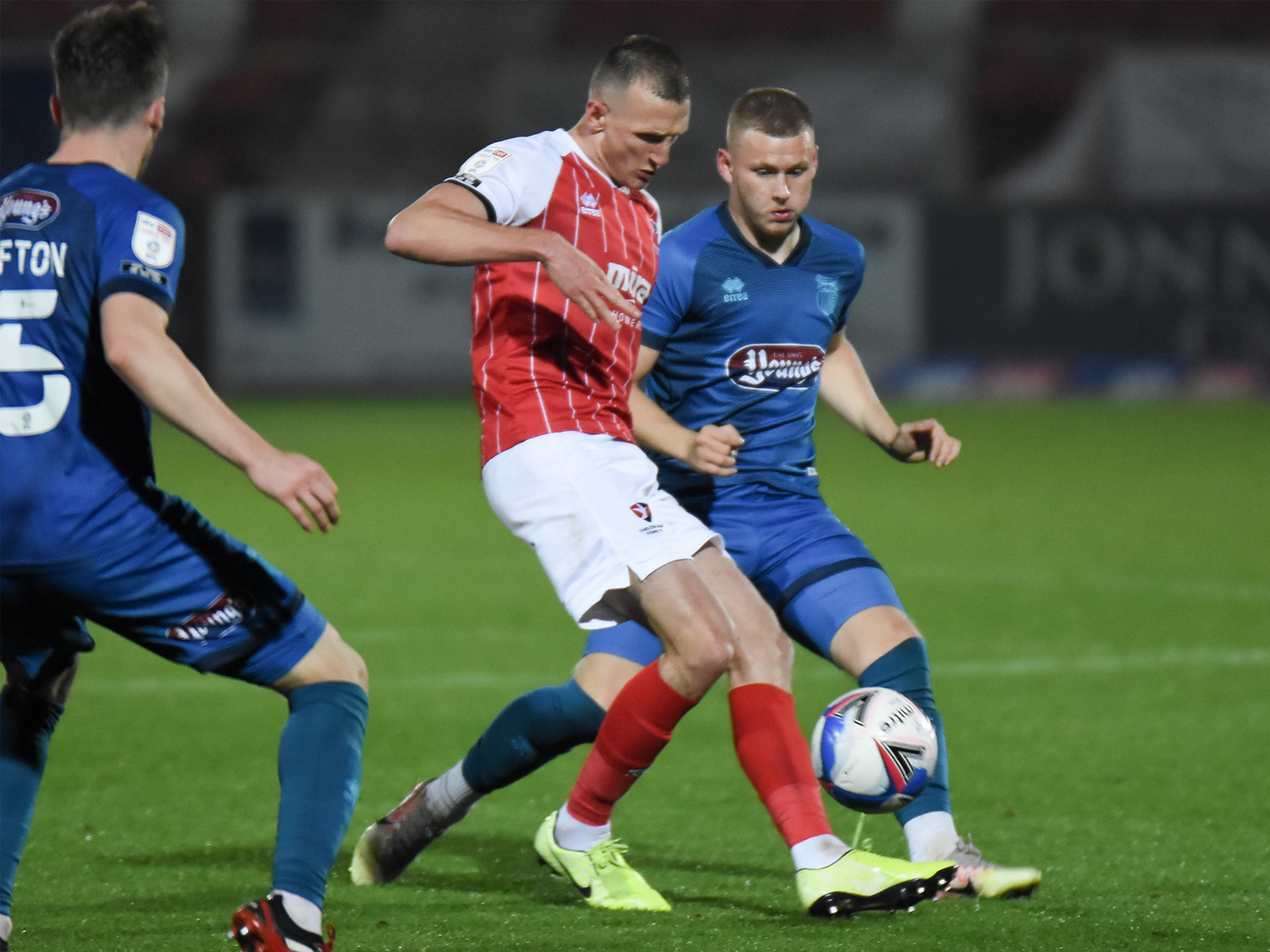 The attacker, who played the full game, was a late hero after weaving through the field from his own half before being brought down in the box to earn his side a penalty with just a minute remaining of their game against Leyton Orient.

Windsor’s run proved to be pivotal as the Mariners converted the spot-kick to secure a dramatic 3-2 victory, but the 19-year-old wasn't involved in the Sky Bet League Two side's 2-1 defeat against Harrogate Town on Tuesday evening.

Massive 3-2 win today! Had to dig deep for 90 mins , Another 3 points on the board though! Happy to get 2 assists on a personal note💙 #GTFC #OJW

In the same division, goalkeeper Josh Griffiths helped Cheltenham bounce back from a 3-1 defeat to Grimsby in their last game by keeping his sixth and seventh shutouts of the season.

The Robins returned to winning ways by completing successive victories on Saturday with a 2-0 win away at Southend, before sealing a slender 1-0 victory on home soil over Scunthorpe in their midweek game.

The 24-year-old had to be on hand in the final minutes of City's away game with Fleetwood on Saturday to deny a point-blank effort and preserve a point for his side during a goalless draw before returning to winning ways at Sincil Bank thanks to a 2-0 victory against his former loan side, Plymouth Argyle.

Saul Shotton remained an ever-present for National League side Woking as the defender helped his side to consecutive clean sheets during a 0-0 stalemate with Halifax, leaving them fourth in the standings.

Elsewhere, Kenneth Zohore made his Millwall debut in a 2-0 home win against Luton Town, playing just more than 10 minutes for the Lions.