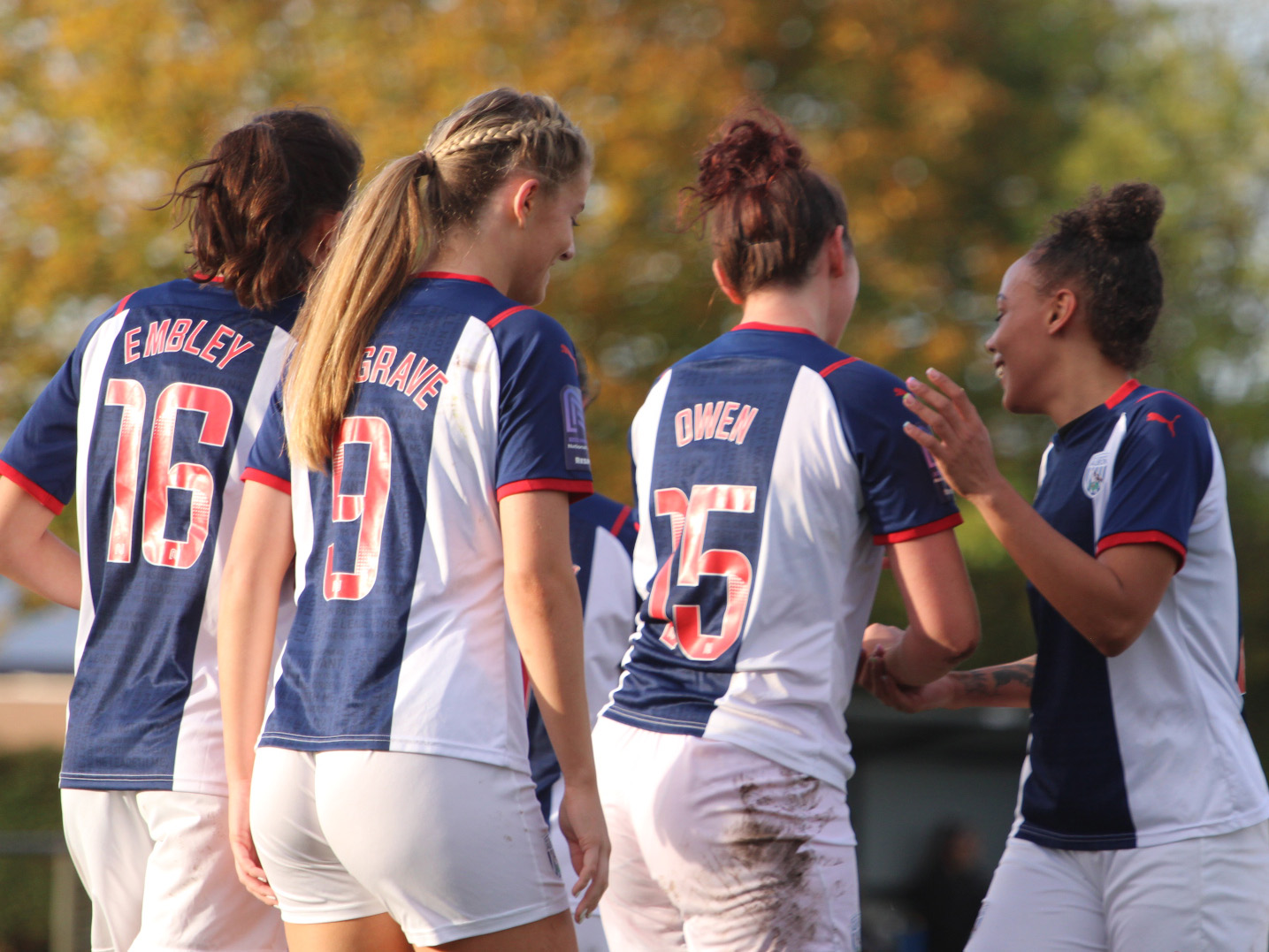 Albion ran out 10-goal winners at Wem Town on Sunday in the first round of the FA Women’s National League Plate.

Head Coach Jenny Sugarman made four changes, with Leigh Dugmore, Abi Loydon, Janelle Straker & Kerry Walklett all coming into the starting XI. It took the Baggies just seven minutes to take the lead, a fine through pass by Rosie Embley played in Shannon Stamps, and she fired a cross into the middle for Dugmore to tap home.

Albion’s persistent pressure paid off again 11 minutes later when Emma Congrave pounced on a wayward pass from a Wem free-kick, setting up Jannelle Straker to powered a shot into the bottom corner.

Back to back goals followed. Captain Hannah George made it three - spotting the goalkeeper off her line and chipping the ball into the back of the net from over thirty yards out. And seconds later Albion hit their fourth, this time the trouble coming from a set-piece as George’s cross almost saw Emily Owen get her first goal of the season, only for the woodwork to deny her. Thankfully Congrave was there to convert the rebound.

It was another George corner that caused Wem problems yet again, this time the same combination coming good for the visitors as Owen’s solid connection beat the keeper for 5-0.

Albion didn't have to wait for their sixth, Jess Davies providing a sublime assist to put Straker in one-on-one and, after outmuscling the defender, she made no mistake in grabbing her second of the afternoon.

Just before half-time it was seven as Stamps found another cross into the feet of Dugmore, a copy of Albion’s first, to round-off a sublime first period performance.

The theme was pretty similar in the second-half. Evie Gallop replaced Shannon Stamps and Albion were totally dominant again, with the crossbar coming to the home side's rescue to stop Straker notching her hat-trick.

But not to be denied her third was Dugmore when Kerry Walklett was brought down inside the area, Dugmore striking the penalty straight down the middle.

Albion kept pushing for more late on. Holly Beck-Esson came on for Dugmore, and moments later Holly grabbed her first goal, lobbing the keeper following another fantastic through ball by Owen. Deep into stoppage time, Gallop produced a tremendous ball to pick out substitute Beck-Esson again, who tucked home for her second and Albion’s tenth.

“It was a really professional performance," said Sugarman.

"We didn't know much about Wem before today, and the way we conducted ourselves today was something I'm really pleased with. We knew that after our win at Burnley there was a positive feeling around the girls, and we did really well to use that momentum to our advantage this afternoon."

Albion travel to Crewe Alexander next in the first round of the Women’s FA Cup (KO 1pm).