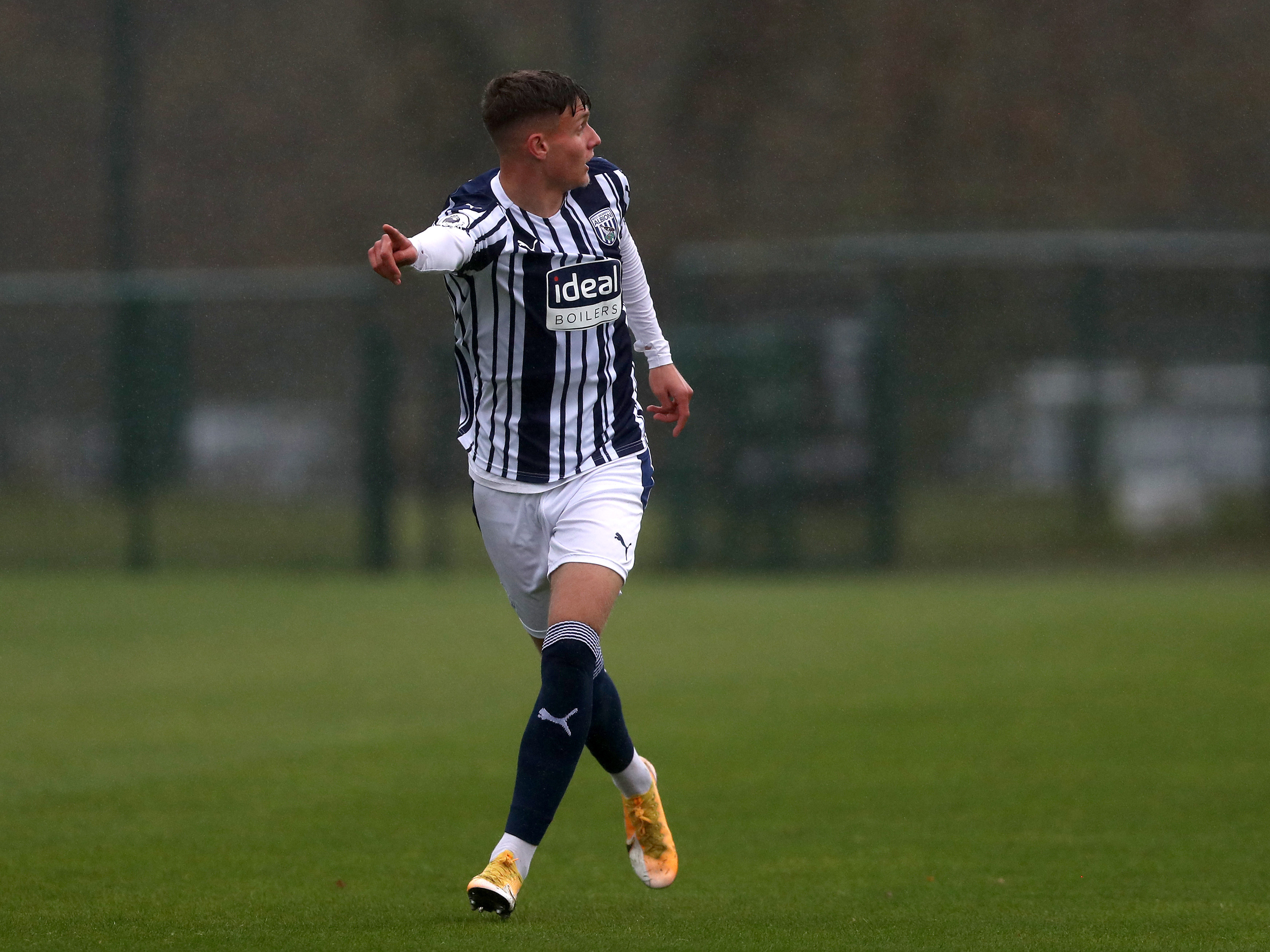 Albion’s PL2 side ended a run of three game without a win by coming from behind to defeat Sunderland at The Academy of Light on Monday afternoon.

The home side took the lead through Josh Hawkes in the first half, but a quick double from Taylor Gardner-Hickman after the interval helped turn the game in the Baggies’ favour.

Although Sunderland levelled the scores once again, George Harmon netted the winning goal as Albion returned to the West Midlands victorious from a five-goal thriller.

The hosts dominated the ball during the first half, but the first main chance of the game fell to Deon Burton’s side when they won a penalty after just eight minutes.

Owen Windsor stepped up to the spot but saw his effort saved by the outstretched hand of Sunderland stopper Anthony Patterson.

Albion’s missed opportunity sparked the Black Cats into life as Stephen Wearne tried to find a way past Baggies keeper Ted Cann, but he stood to his task to deny the Sunderland attacker at his near post.

But he could do nothing to prevent the home side taking the lead when Chris Maguire rolled the ball across to striker Josh Hawkes, who remained composed to divert the ball past Cann and give Sunderland the lead.

Windsor came close to instantly levelling the scores again, but his header lacked power and was easily held by Patterson.

Sunderland enjoyed further chances as the first half came to a close and Cann once again had to remain alert to deny Ellis Taylor on two separate occasions to ensure the game stayed at 1-0.

Cann’s stops gave the Baggies a platform to build from in the second half and after only four minutes, they won another penalty.

Gardner-Hickman was brought down in the area by Sunderland defender Kenton Richardson, and the versatile midfielder picked himself up before converting the equaliser low into the bottom corner.

The Baggies built on their lead as they looked for opportunities on the break and nine minutes after their equaliser, Burton’s men turned the game around.

Gardner-Hickman netted his brace with a well-placed header to give Albion the lead for the first time in the match. But they soon had to recover again when the hosts levelled the contest just minutes later.

Black Cats goal-scorer Hawkes was involved again as he exchanged passes with Dan Neil in the build-up, before laying off Sunderland’s trialist who slotted the ball past Cann to make it 2-2.

Despite the home side’s response in what was an end-to-end game in the North East, the Baggies’ attacking play didn't falter as they pushed to seize the initiative once again. And thanks to full-back George Harmon, they soon did.

The left-back, who made his return to the side after completing a suspension, struck just nine minutes after Sunderland’s response to give Albion the lead for the second time during the afternoon.

Hawkes tried to double his tally and level the game for a third time when he attempted to take on Albion’s defence alone, but Burton’s men held firm to prevent any late setbacks and secure a much-needed win from an entertaining affair at The Academy of Light.