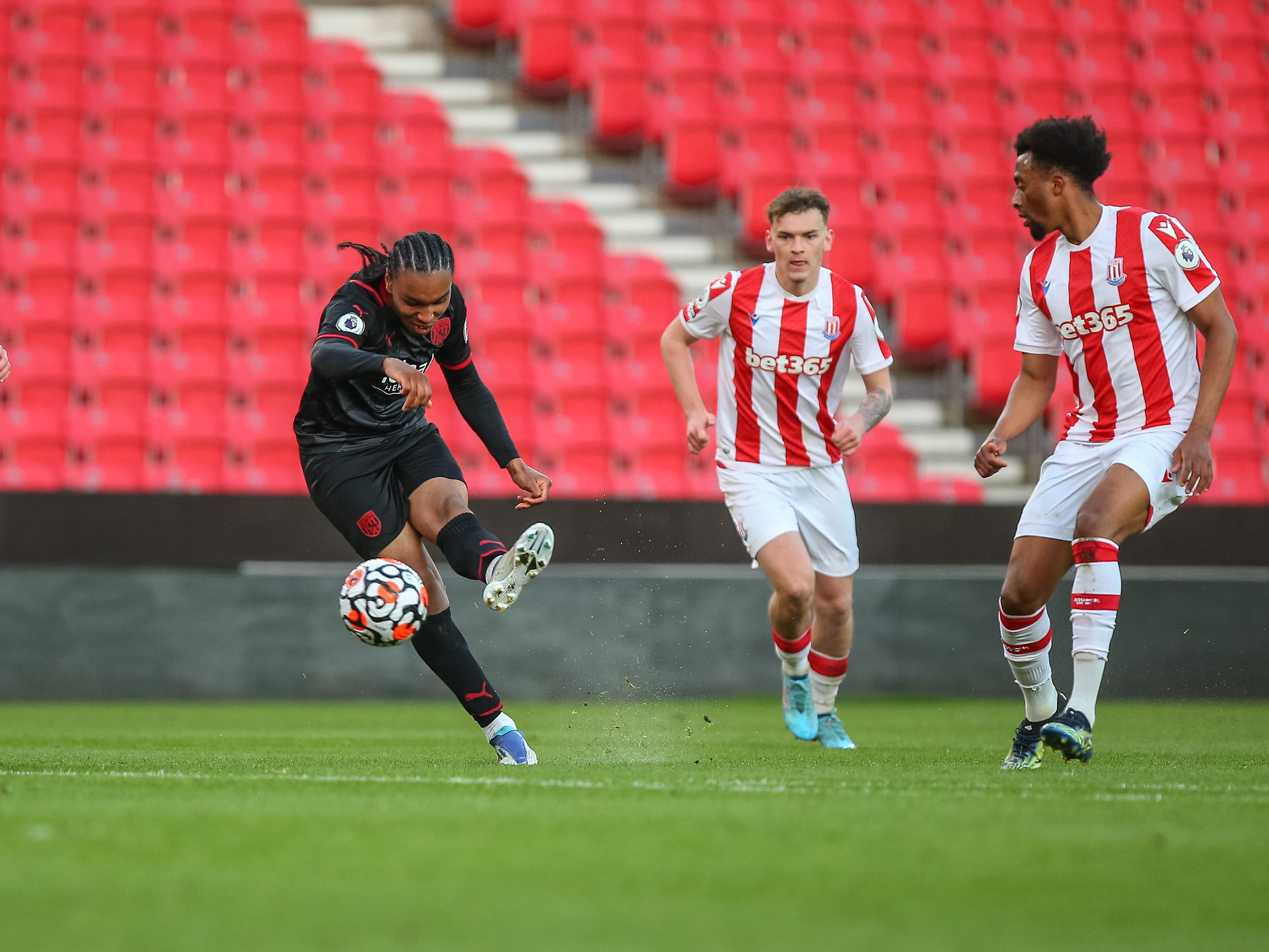 A much-changed Albion side suffered defeat against Stoke City in their final league game of the Premier League 2 Division Two campaign at the bet365 stadium.

Jack Griffiths scored either side of half-time to secure a play-off spot for the hosts, cancelling out a fine equalising strike from one of the Baggies' young trialists.

Focus now turns to Tuesday night for boss Richard Beale's side, as they gear up for an important Premier League Cup semi-final tie against Fulham at The Hawthorns.

The Potters went into Friday night's clash knowing a win would all but cement their place in the play-off spots, and they made the perfect start.

A quick counter down the right wing wasn't anticipated by a makeshift Albion defence, leaving Griffiths time to manoeuvre into the centre and convert a low cross as the home side edged ahead.

Only two good stops from the Baggies' trialist shot-stopper prevented City from extending their advantage and as a result, Beale's men found a route back into the match.

Neat interplay between Jovan Malcolm and Albion's lively trialist helped the latter take the ball around the last Stoke defender, before striking a low ball in off the post to restore parity heading into the second half.

Backed by a strong home support, Stoke's youngsters continued their push for a winning goal during the early stages of the second 45.

Will Goodwin somehow fired over after a shot had been palmed into his path just eight yard out, while midfielder Patrick Jarrett could only shoot wide from the edge of the box following an encouraging attacking move.

The tide was turning in City's favour and they soon made it count when Thomas Sparrow's positive run and cross in the area came off the underside of the crossbar, leaving first goalscorer Griffiths the easy task of grabbing his second and, ultimately, the game's decisive goal.

Although Beale's men left Staffordshire empty-handed, they will be determined to regroup for a huge night under the lights on Tuesday when they go head-to-head for a spot in the PL Cup final.