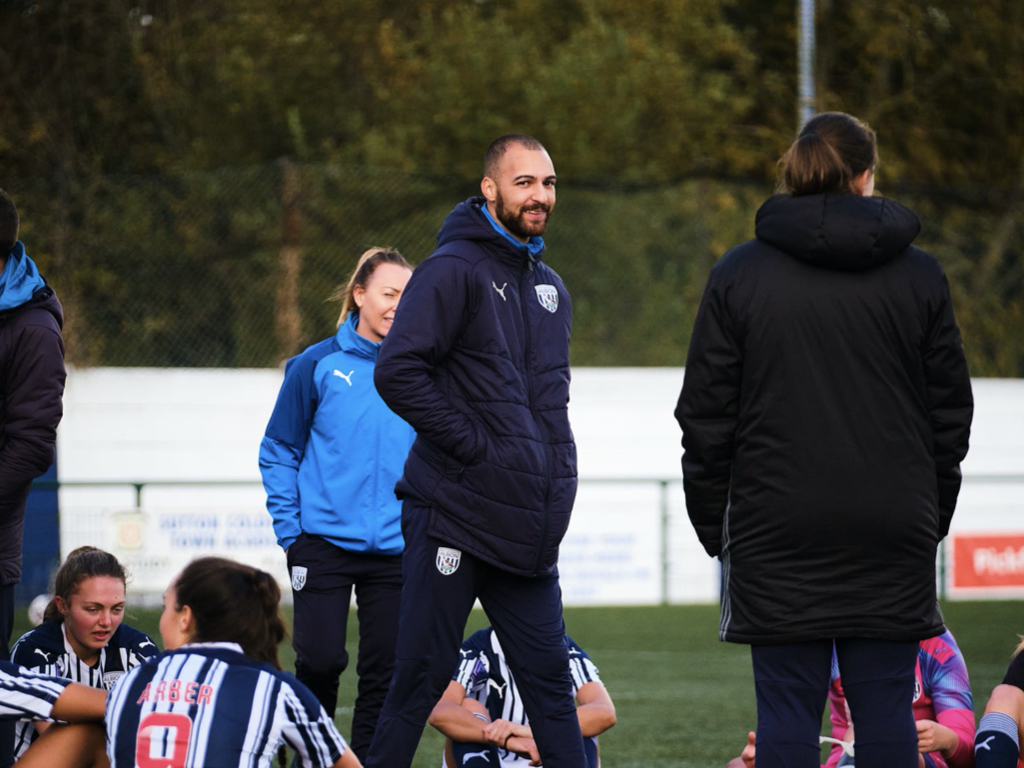 Albion Women manager Louis Sowe is stepping down after four years with the club.

During his time with the Baggies, Louis oversaw just under 100 games and guided the team to a league title, a cup win and four finals.

He joined the club in June 2017 following a successful stint with Birmingham City Ladies Development Team.

After a period of transition during the 2018/19 season, Louis led the side back to the FA Women’s Northern Premier Division, finishing as champions of Midlands Division One.

In that same year the Baggies completed the double, lifting the FA Women’s National League Plate against Liverpool Feds in a thrilling 5-2 victory at Rugby Town.

His team reached the Plate final once again a campaign later by winning an entertaining last-four tie away at Plymouth Argyle in extra-time. Unfortunately, his side were denied the opportunity to defend their title due to the pandemic.

In 2018 and 2019, the Baggies also reached successive County Cup finals.

Louis’ side won their last competitive league game in December 2020, away at Nottingham Forest, a triumph that saw them move up to third in the table just before the season was curtailed.

Commenting on his time with the club, Louis said: “I’d like to thank Rob Lake and Dave Lawrence for selecting me to take the club forward and to take on this project.

“I’ve really enjoyed working with all the players, past and present who have all contributed to the success we’ve enjoyed as a team.

“I’d like to wish the club and the players all the very best for the future.”

Head of Womens and Girls Football, Dave Lawrence, added: “I’d like to thank Louis for his efforts over the last four years. He came in at a really difficult time when we were going through a period of transition.

“But as well as winning trophies, Louis has helped to create a positive culture, on and off the pitch, and has been instrumental in making us a settled organisation.

“His conduct with the players and his professionalism has been exemplary throughout his time here and on the behalf of the club, I’d like to wish him the best of luck in the next step of his career.”

Sowe will manage his final game this Sunday in Albion Women’s pre-season opener against Cheltenham Town.

The club is now undergoing its search for Louis’ successor.