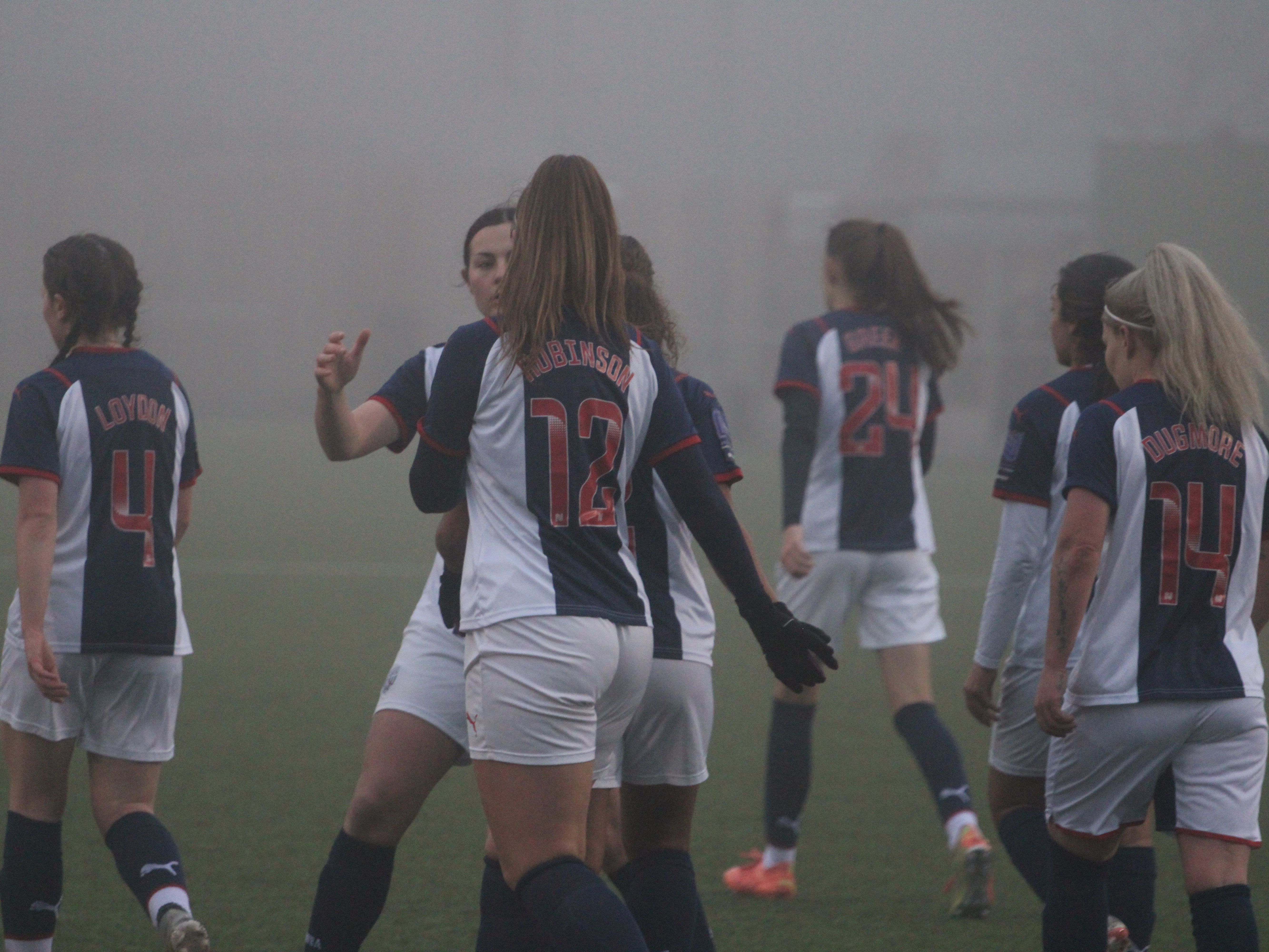 Albion Women signed off for Christmas with a 2-0 victory at Solihull Moors in the Birmingham County Cup on Sunday thanks to goals from Leanne Robinson and Leigh Dugmore.

On a foggy day in the Second City it was a tense start to the final fixture of 2021, with both sides creating good opportunities during the opening exchanges.

Albion had the first one, a run down the wing from Shannon Stamps ended in her firing an inviting ball to Dugmore - but her header crashed against the upright.

The Moors produced the game’s best chance until the deadlock was broken, a one-on-one opportunity seeing the Solihull striker shoot wide of Poppy Bastock’s far post.

An early injury unfortunately forced Hannah George off. She had to be replaced by RTC academy graduate Freya Smith after just quarter of an hour.

Albion then began to apply some serious pressure and, 25 minutes in, took the lead when a brilliant delivery from Stamps found its way to the back post where Robinson poked home and gave the visitors the lead.

Neither side threatened again until the start of the second-half. Following the interval goalscorer Robinson saw an effort thwarted by a great save, however the Baggies would soon double their advantage.

On the hour mark Stamps sent in another wicked cross and, despite Mariam Mahmoud initially being denied, Dugmore was on hand to convert from close range and send Jenny Sugarman’s team into the next round of the competition.

Player of the match, Ash Brown, applauded Albion’s defensive work after the game.

“When Darren Carter was here keeping a clean sheet was something that we aspired to do,” she said.

“It’s been one of our targets this season, so as a back three or sometimes a back five it’s something we can measure our success against. It’s great to be achieving that more this year.”

Head Coach Sugarman was also full of praise for her side.

“To be in the next round of the competition along with keeping a clean sheet is pleasing.

“I thought despite the performance not being as good as last week, we played well. Solihull were a good side who made it really hard for us to break them down, and we spoke about that at half time.

“We were much better in possession in the second half, and to get a result in that fashion is really pleasing.”

Albion return to action on Sunday, January 9 to take on Stoke City in the league at Coles Lane.