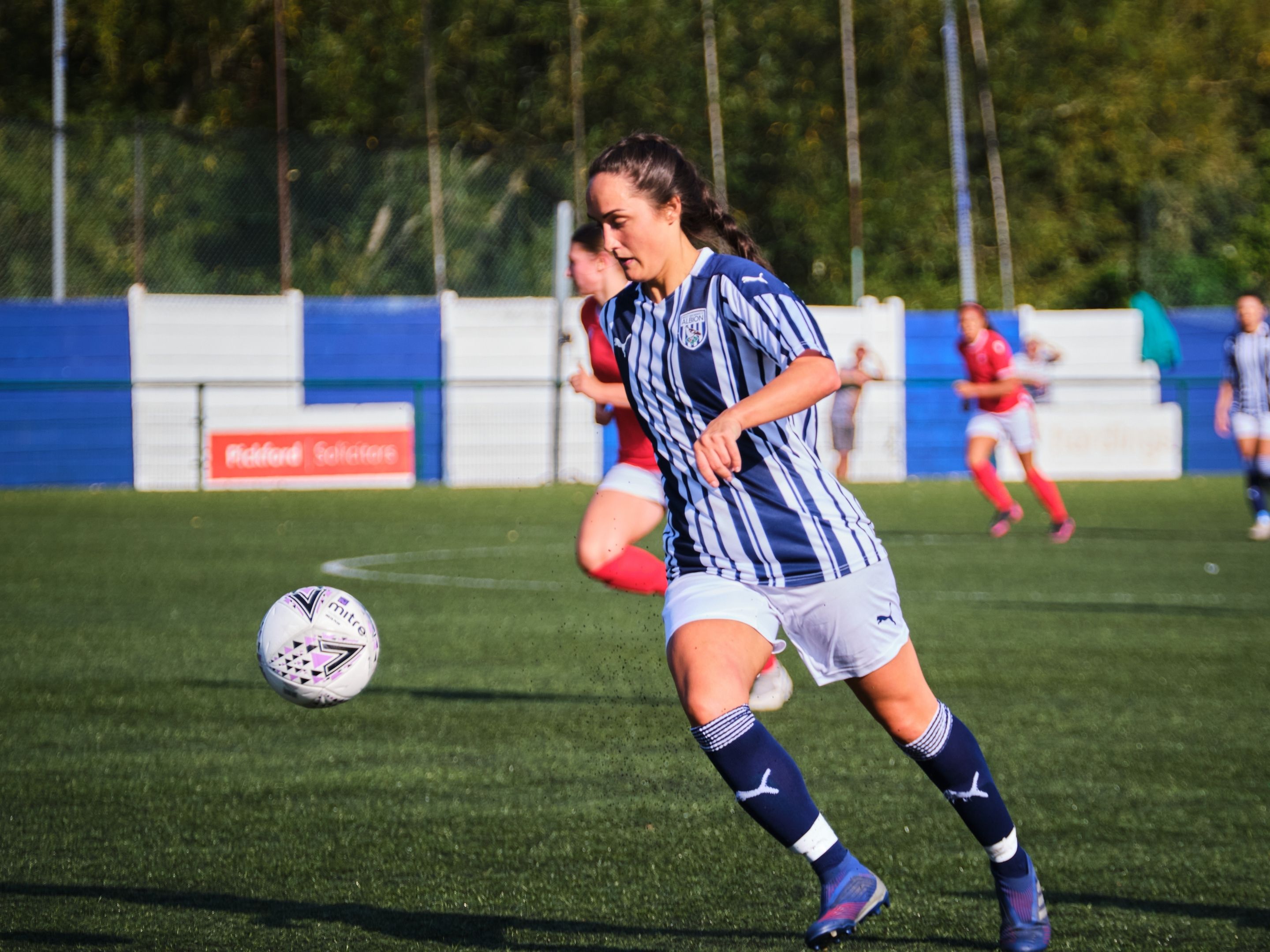 Albion Women earned their first win of the 2020/21 season with a comprehensive 5-0 victory at Sheffield FC.

Albion came racing out of the blocks and were ahead after just three minutes, Stamps curling an effort from the edge of the penalty area past Elizabeth Hobson in the host’s net.

Louis Sowe’s side doubled their lead shortly after when Arber ran onto a long ball and slotted past Hobson in only the 11th minute of the game.

And in the 17th minute, Dugmore scored her second in two games with a free kick from the left which evaded everyone and planted in the bottom corner, Albion’s lead was now at three with not even 20 minutes played.

The visitors continued the dominance throughout the half as Stamps came close on another couple of occasions, and Dugmore denied a second by the post with a shot from close range.

The Baggies continued into the second half where they left off, a one-on-one opportunity for Murray denied well by Hobson in the Sheffield goal.

The hosts had their best spell of the game on the hour mark, Brooke Marsden hitting the post with a curling effort, and then testing the hands of Poppy Bastock in the Albion goal with a similar effort a couple of minutes later.

The Baggies put the game beyond all doubt in the 72nd minute when Murray was fed by a pinpoint through ball from Trina Greaves and the winger expertly slotted past Hobson to make it four.

With ten minutes remaining, Arber grabbed her second of the game, latching onto a Murray pass and poking beyond Hobson to bring up the fifth for Albion.

The striker then almost had a hat-trick, but the Sheffield stopper again denied Albion with an excellent reaction save from an Arber strike.

The win means the Baggies are unbeaten in their first two games of the season and will look to make it three when they travel to Loughborough Foxes on Thursday, October 1.