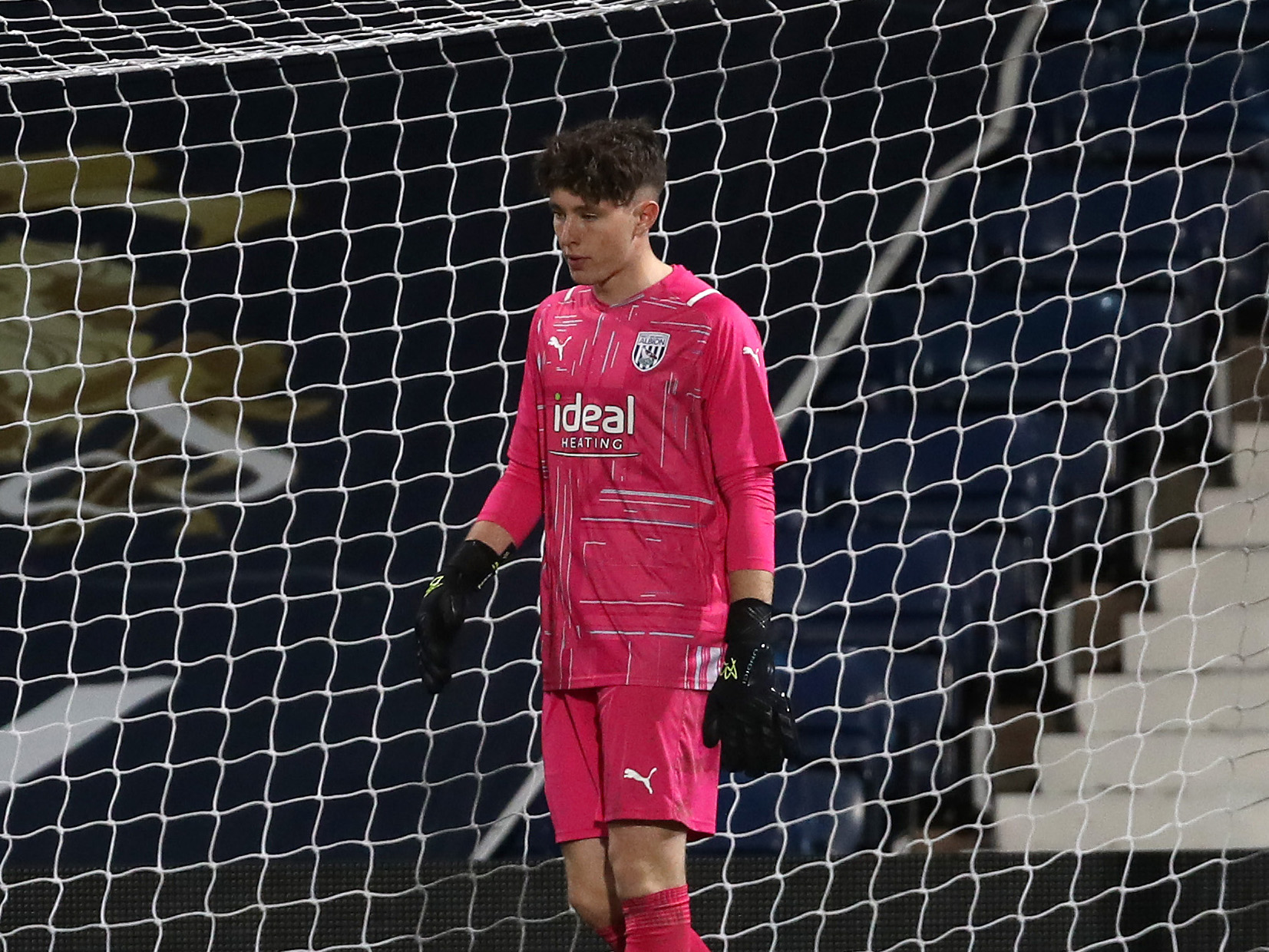 Ronnie Hollingshead’s second-half penalty save helped earn Albion’s PL2 side a share of the points against Reading at the Select Car Leasing Stadium on Friday night.

Imari Samuels had given the Royals an early lead during the opening minutes of the game, but a lethal counter-attack from Richard Beale’s side saw Mo Faal poke in an equaliser shortly before the interval.

Wales youth international Hollingshead produced a fine block to save Rashawn Scott’s spot-kick, which spurred on a dominant showing from the young Baggies after the break. Sadly, though, they couldn’t capitalise on a number of great opportunities and returned to the Black Country with a point.

After losing their last three on the spin, the visitors didn’t help their chances of changing that stat when they failed to prevent Reading netting from their first chance.

Left-back Samuels managed to force his way into the area and strike a loose ball in off the post to put the hosts in the ascendancy early on.

The first 20 minutes was controlled by the Royals and the impressive Hollingshead was called upon to stop them, this time diving down low to keep out a certain second goal. And the keeper's intervention proved to be the final straw, as Albion kicked into gear.

Not only did their tempo increase but they also managed to level the contest with their first attempt when a sweeping counter from the visitors’ own half saw Toby King spray an inviting ball for Zac Ashworth to run onto down the left.

This allowed the Wales U21 international time to whip a perfect cross into the feet of Faal, who made Reading pay by slotting home the leveller. And although the Baggies were denied an evident spot-kick after Tom Fellows was hauled down in the box, it remained 1-1 going in at the break.

It wasn’t a great start to the first 45, and the second half followed the same pattern when Beale’s men conceded a sloppy penalty.

Ethan Ingram’s poor touch was seized on by the home side, forcing skipper Caleb Taylor into bringing down a Royals forward inside the box. Scott stepped up and went for the bottom right corner, but Under-18s stopper Hollingshead was equal to it - palming the shot before gathering at the second attempt.

From the Welshman’s super stop, the Baggies began to dominate proceedings and it was, surprisingly, skipper Taylor who nearly proved to be the match winner.

However, a goal-mouth scramble from a Jamie Andrews free-kick nearly saw his defensive partner Ashworth stab a shot home, only for Royals keeper Jökull Andrésson to beat it clear and although the clearance fell to substitute Jovan Malcolm just six yards out, the shot-stopper was there again to spring across his goal and tip the deflected shot away.

Andrews’ deliveries continued to cause havoc in the Reading penalty area heading into the last 10 minutes, and they nearly gave towering centre-back Taylor the chance to be a hero late on when he rose highest to connect with a high ball inside the box.

Unfortunately, Andrésson was alive to get fingertips to the looping header and preserve a point for the hosts as Albion ended a run of three straight losses.