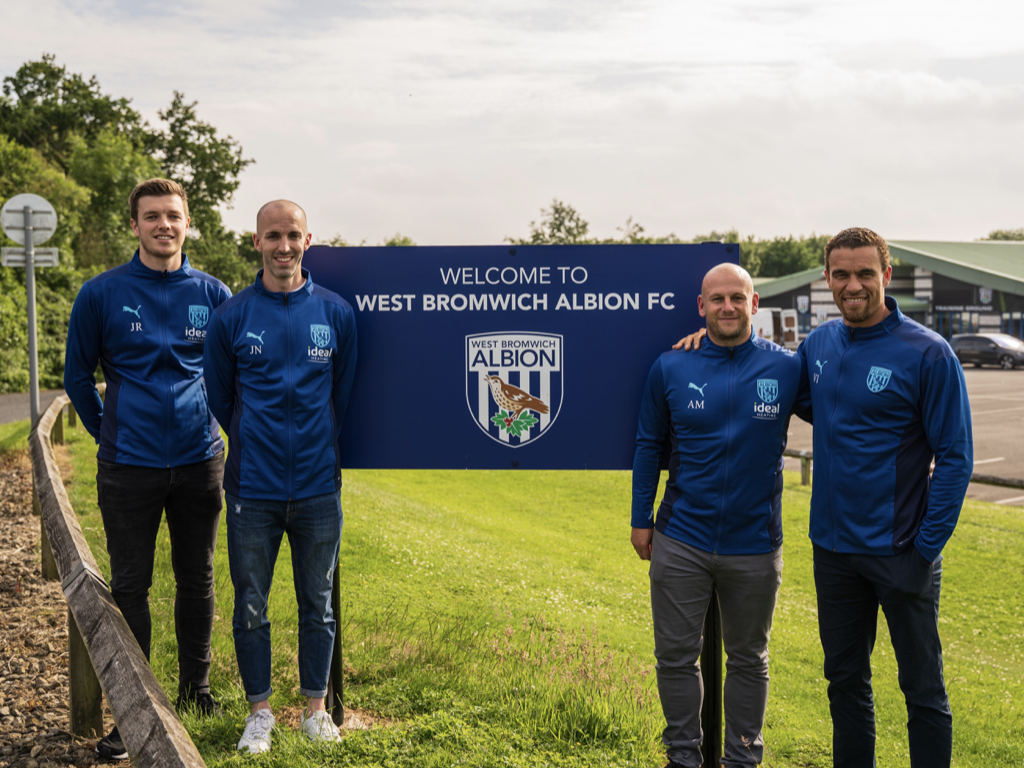 Adam Murray has arrived at The Hawthorns as Assistant to Head Coach Valérien Ismaël, who has put the finishing touches to his Albion backroom staff.

The 39-year-old joins from Barnsley following a successful spell as No.2 to the Frenchman. The pair guided the Tykes to a fifth-placed finish in the Sky Bet Championship last season.

Sport Science Coach, Jonny Northeast, and Video Analyst, Jack Riley, also arrive from Oakwell, where they played a key role behind the scenes in Ismaël’s staff.

And the Baggies boss is delighted to have the trio with him for the task ahead.

“I think we built a really strong relationship as human beings, as well as staff, over the past few months,” Ismaël said.

“The desire to work together and stay together was really strong. That’s a must-have quality in our staff.

“They are dedicated to the principles of how we want to play. They are young and hungry, and I’m really delighted to have the three guys on board.”

Birmingham-born Murray, added: “In this industry I think it’s really difficult to find people who you are on the same wavelength as; who trust you, and that you trust.

“We hit it off straight away at Barnsley and, as the season went on, our ideas were the same. It clicked and as soon as he said there might be a chance to join him – though I’ve had some good years at Barnsley – it was an opportunity that was too good to turn down.

“I think when you meet someone and you know that it’s right, whether that be in your career or your personal life, I think it’s important to be around those people. People who know what you can offer.

“He’s got a lot of strengths – he’s got things I can’t do, and I’ve got things that he can’t do, which balances things out and I think it works really well.

“He will give this everything he’s got, and he’ll expect the same from the people around him. It was probably our biggest strength at Barnsley that we had a group of people who worked for each other. Together, we created a great working environment there and he drives it, which is huge.”