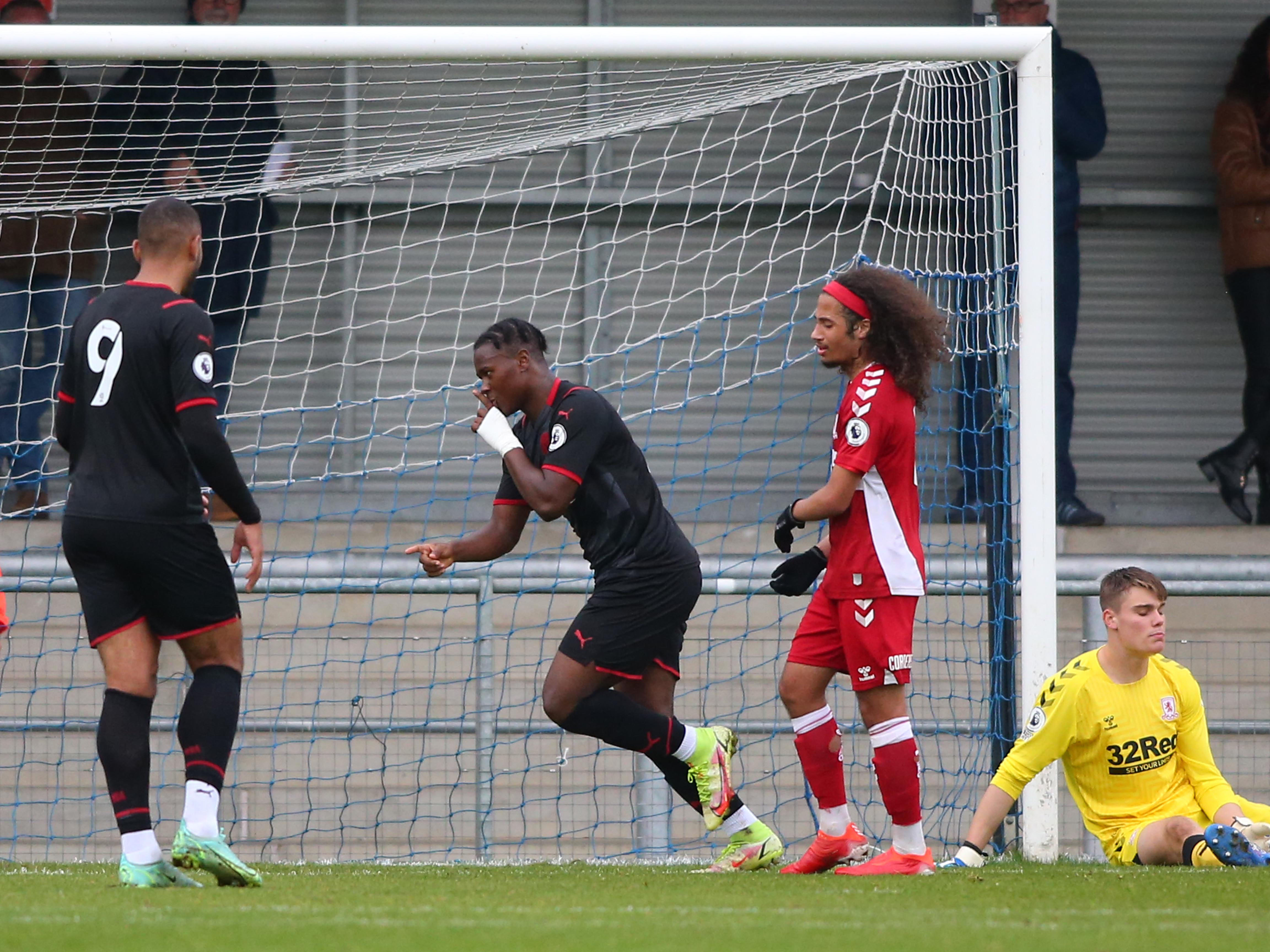 Second-half goals from Kenneth Zohore and Reyes Cleary helped Albion’s PL2 side come from behind to earn a hard-fought three points against Middlesbrough on Sunday afternoon.

The home side took the lead in the first 15 minutes after Caleb Taylor had brought down Joe Gibson in the box, leaving Calum Kavanagh to convert the resulting spot-kick.

But the Baggies turned the game around in the second half, with Zohore and substitute Cleary netting close-range finishes to extend their winning league run to three matches.

Richard Beale’s side began the game in their usual high-temp style, but Boro didn’t waste their opportunities to break down the flanks and it was Gibson’s confident run into the box which brought the first chance, and goal of the game.

Towering defender Taylor’s trailing leg sent the Middlesbrough man to ground and the referee pointed straight to the spot, allowing Kavanagh to take his time before rolling the ball past Alex Palmer to make it 1-0.

However, Albion asserted themselves on proceedings and soon forced Boro stopper Max Metcalfe into action. Zohore rifled a long-range effort inches over before Quevin Castro’s vicious volley looked destined to find the top corner, but Metcalfe was alert to parry the shot over the bar and preserve Boro’s lead at the break.

Confidence didn’t falter after the interval, and the visitors took full advantage of their momentum when Taylor Gardner-Hickman’s quick feet gave him room to run into the box and cross, and Zohore found space to poke the ball under Metcalfe and level the scores.

Gardner-Hickman’s quick feet proved useful again minutes after the equaliser when he committed already-booked Middlesbrough defender Connor Malley into a stretched challenge. Taylor came off worse, and a second yellow was shown to the home captain as the hosts were reduced to 10 men.

Malley's dismissal turned the tide completely in Beale’s side’s favour and after replacing Jamie Soule at the start of the second 45, powerful forward Cleary was on hand to net the match-winner.

The youngster showed great strength and determination to hold off the attentions of defender Jack Hannah before lashing the ball into the bottom corner, cementing Albion’s second-placed position in the Premier League 2 Division 2 table.