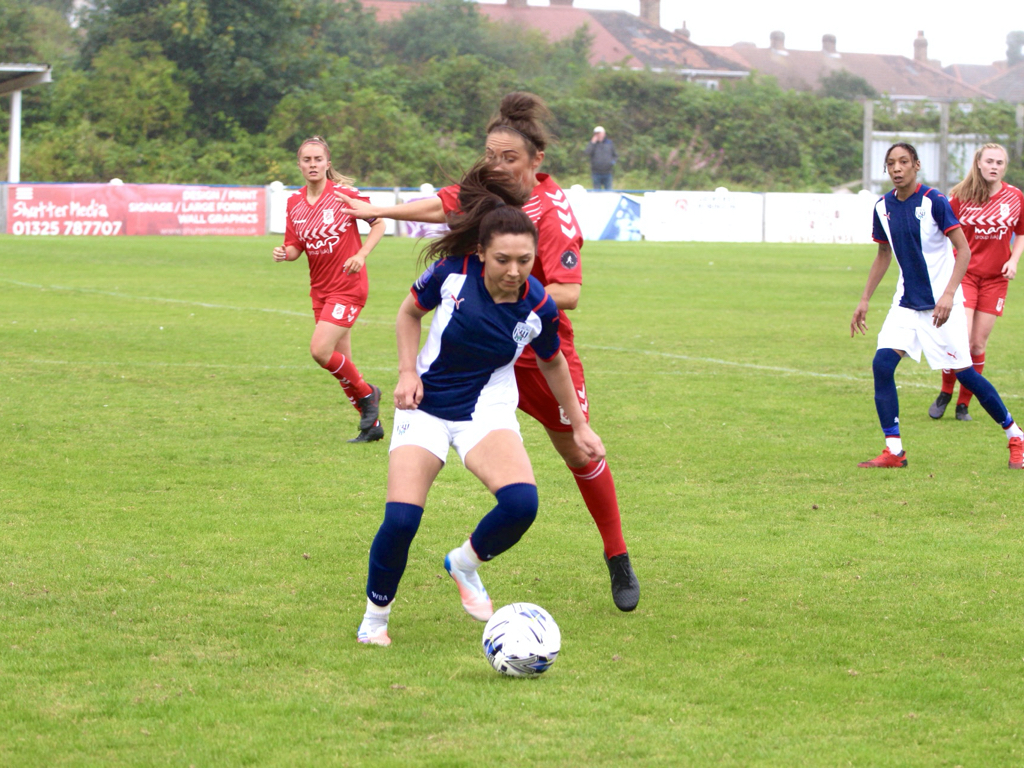 Albion Women were beaten 4-1 away at Middlesbrough on Sunday.

In Jenny Sugarman’s first game in charge, Trina Greaves returned to the side while Mariam Mahmood was handed her first start after moving up from the Development team.

Instead it was the hosts who took an early lead on six minutes through Lauren Robson’s rebound.

Albion quickly recovered and found their equaliser just before the half hour-mark, though. Gallop won possession in midfield and set-up Mahmood to race through and stroke the ball home with a cool finish.

Ahead of the break Boro went in front again. Jess Holder played a dangerous pass across the face of goal and Robson produced a neat side-footed volley into the far corner.

Following the restart Sugarman brought Jess Davies on for Ashleigh Hayes, and she came close to a leveller. Trina Greaves whipped one in from the touchline but Davies was unable to adjust her feet and convert.

Another chance soon came along. A long ball up-field was brought down by Mahmood but she couldn’t quite divert her shot on-target.

60 minutes in Albion were reduced to 10 when Emily Owen was sent off for a tussle in the middle of the pitch involving a handful of players from both sides.

In testing conditions late on the Baggies continued to press forward - but during the final 10 minutes the home side made their extra woman count. Boro captain Rebecca Olley grabbed their third and then Faye Dale rounded-off the result just before the final whistle.

After three successive away fixtures, Albion will play their first home league game next Sunday against Sheffield FC.