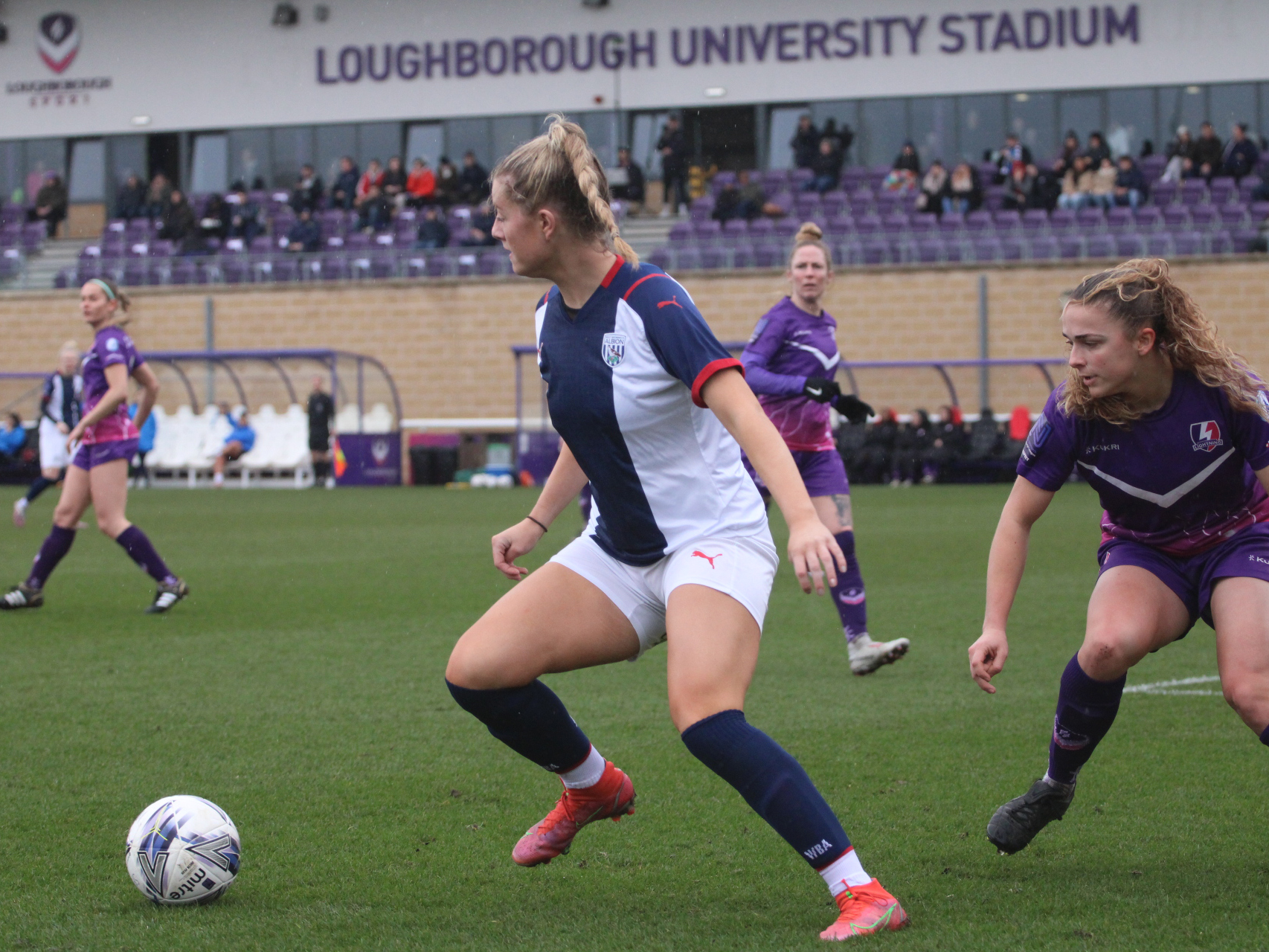 Albion suffered a late defeat to Loughborough Lightning at the Loughborough University Stadium on Sunday afternoon.

Both teams took time to adapt to the blustery conditions in Leicestershire, and it was Albion who created the first chance of the game - the ball falling Leigh Dugmore’s way but the forward failing to direct her effort goal-wards in a mainly quiet first half.

The opening goal did come just before the break, though, through thunderous free-kick from the hosts, meaning a dejected Albion found themselves behind at the interval.

Mariam Mahmoud replaced Trina Greaves and half-time, and the change gave the Baggies a spark - the substitute hitting a volley wide soon into the second period.

And she had a huge hand in Albion’s equaliser, winning a penalty for captain Hannah George to convert and level the clash up.

Albion then should have won it five minutes from time, an outstanding Mahmoud run ended with a cross to the back post - where Leanne Robinson narrowly missed out on tapping home.

However the hosts were the ones to steal all three points at the end, Loughborough’s skipper striking late to condemn the Baggies to a second consecutive league defeat.

Highlights are available to watch for free on WBATV above.

You can hear the thoughts of boss Jenny Sugarman following the defeat below.

And Robinson also spoke after the game.