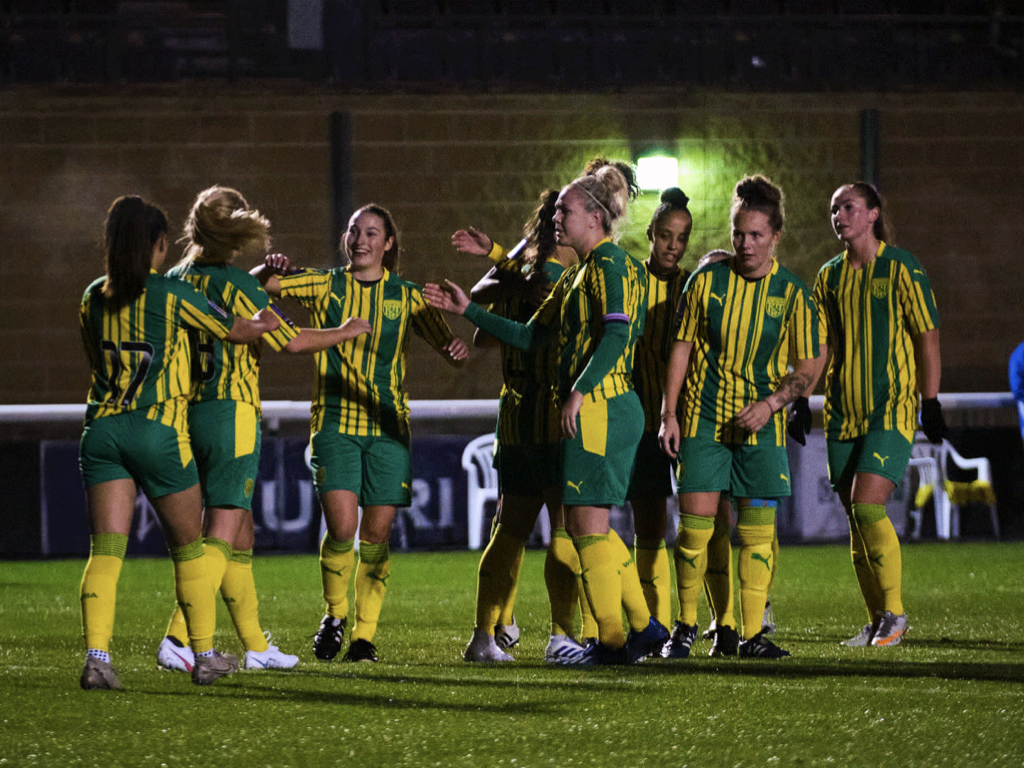 Albion Women capped off their post-season programme with a big win away at Long Eaton United on Sunday.

Evie Gallop came off the bench to grab a brace while Hannah George set up three to end the season on a high for the Baggies.

Amongst several changes, goalkeeper Eve Gault came in from the Development team to make her first senior start.

It was the hosts who began quickest and took the lead eight minutes in. Assisted by the strong wind, Mya Lewis-Powell’s corner diverted over Gault and into the net.

But the Baggies hit back 10 minutes later. A lovely combination of passes in the middle of the field was eventually worked to Hannah George on the left, and her cross found Jade Arber to volley home against her former side.

Just before the break George produced another fine set-piece to pick out Hannah Baines, and she made no mistake diverting it into the bottom corner to put her team ahead.

In the second-half Albion showed their quality and went on to dominate.

George continued to cause problems with her crosses and shorty after the restart she delivered again. Escaping her marker, George whipped the ball towards Nat Murray to side-foot a volley past the Long Eaton keeper.

Shannon Stamps came on at the interval and scored the pick of the goals on the hour mark. Tricking her way in from the wing, Stamps unleashed an incredible curling strike to further extend the Baggies’ advantage in style.

Evie Gallop made her return and only minutes after coming on won a penalty. Gallop went on to take the spot-kick and finished with ease.

And six minutes later Gallop grabbed another. Emma Congrave cleverly turned her defender on the half-way line and fed Gallop out wide, who cut inside and rifled the ball in.

A superb result to finish off the team's campaign. Well done to all the staff and players on another difficult stop-start season!