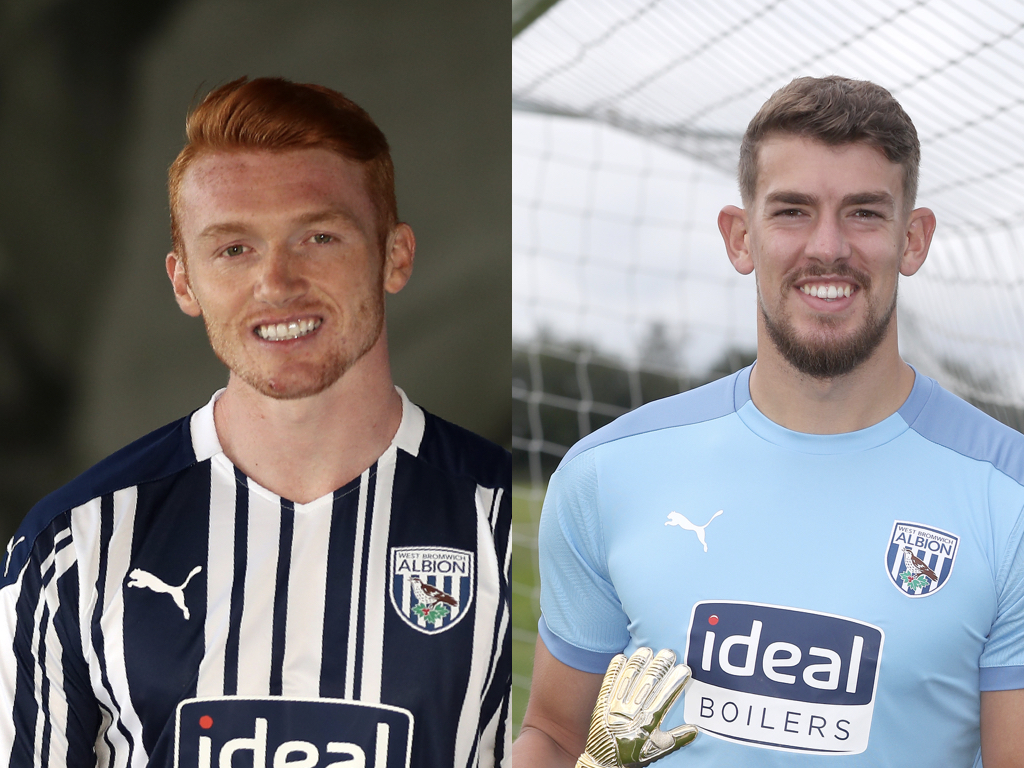 The pair have progressed through the Academy ranks at The Hawthorns, with Palmer signing a deal in July and Morton agreeing a new four-year contract with the Baggies this week.

You'll be able to hear from Callum in an interview with WBA TV soon where he discusses extending his stay with Albion and his hopes for the coming campaign at Lincoln.

Goalkeeper Alex was a stand-out performer for Plymouth Argyle while striker Callum proved to be the hero of Northampton Town’s Play-Off campaign as both experienced the joys of promotion from League Two.

Alex established himself as Argyle’s No.1, playing 41 games in total as they secured the last automatic promotion spot. He picked up the PFA Bristol Street Motors League Two Fans' Player of the Year Award for his showings down in the South West.

Now both will be at Lincoln, managed by former Baggie Michael Appleton, for a step-up in their challenge which has been welcomed by Sporting and Technical director Luke Dowling.

“We were keen for both boys to continue their progression in a tough and challenging environment,” said Luke. “They were both very successful in their loans last season and we continue to have high hopes that they will become first team players at Albion.

“But we obviously know and trust Michael to continue to help them progress while hopefully helping Lincoln enjoy a successful season."

Fresh from penning new deals, the Baggies pair have now linked up with "‘Appy” who start their League One campaign against Oxford United at home on September 12.

Best of luck for this season, boys!