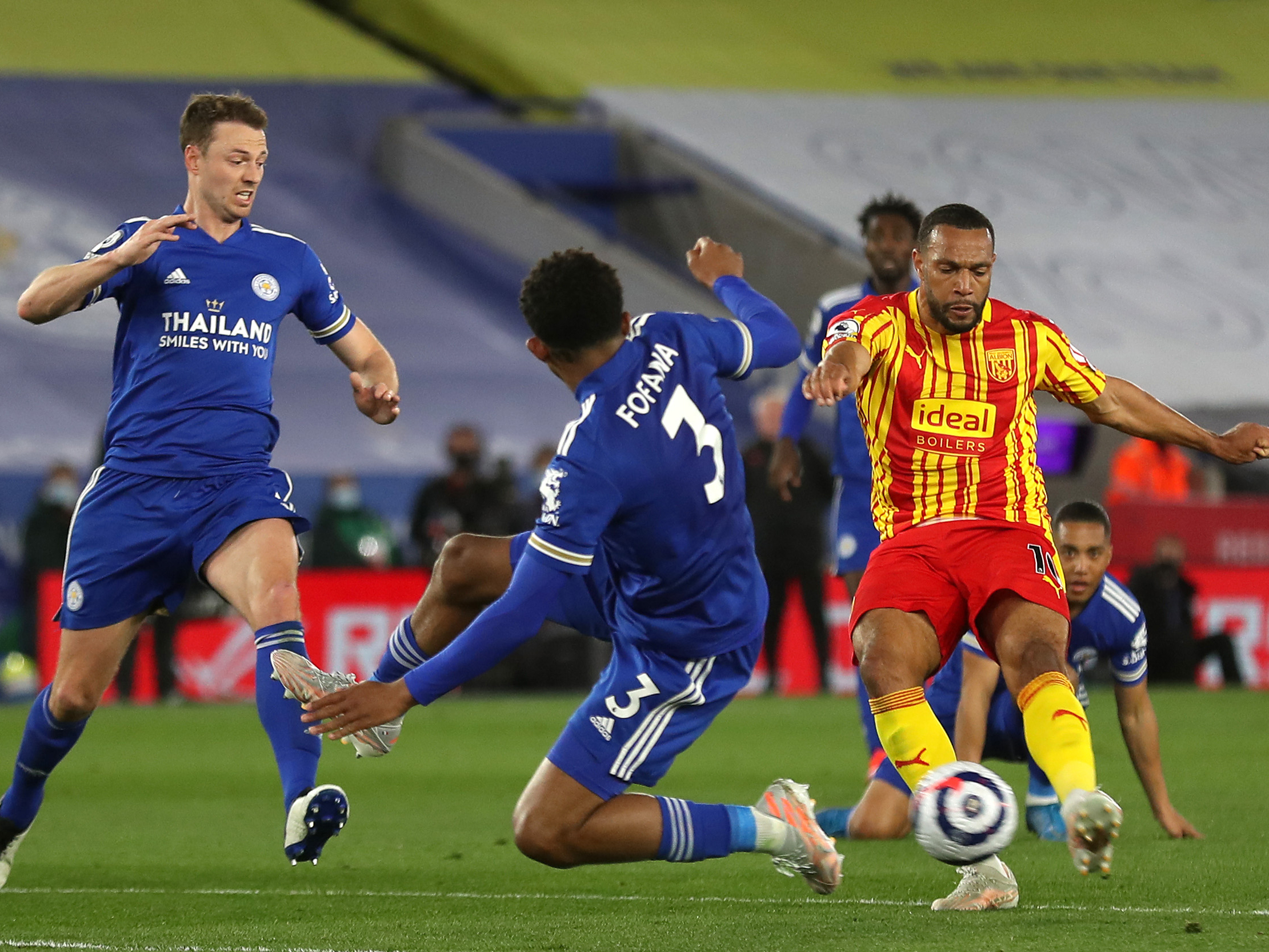 Albion were beaten 3-0 by Leicester City at the King Power Stadium on Thursday night.

The Foxes raced into a three-goal lead ahead of half time through Jamie Vardy, Jonny Evans and Kelechi Iheanacho.

And that’s the way the Premier League clash stayed following a quiet second period for both sides, as the Baggies quickly turn their attentions to a derby with Aston Villa on Sunday.

Sam Allardyce opted to name an unchanged XI in the East Midlands as his team searched for a third consecutive top-flight triumph.

Yet it was their Champions League-chasing hosts who started strongly and created the first couple of chances, with Iheanacho spurning a one-on-one and James Maddison curling over.

Mbaye Diagne might have done better when he scuffed his effort down at the other end, but Leicester were still the ones pushing for an opener in the main.

And, on the stroke of 26 minutes, the home side found their goal as a fast counter attack was converted well by Vardy.

That advantage was immediately doubled when former Baggie Evans latched onto a corner at the back post to make it 2-0 inside half-an-hour.

Matheus Pereira hit the crossbar from a clever set-piece in a rare opportunity for Albion as they looked to get back in the contest, however things got worse before the interval thanks to Iheanacho’s deflected finish.

Allardyce switched shape for the second period and brought Semi Ajayi on in place of Callum Robinson.

The Foxes were limited to just a few half chances and only really called Sam Johnstone into action during the last 10 minutes, when he brilliantly kept out Iheanacho’s free-kick, and it remained 3-0 for the referee’s final whistle.