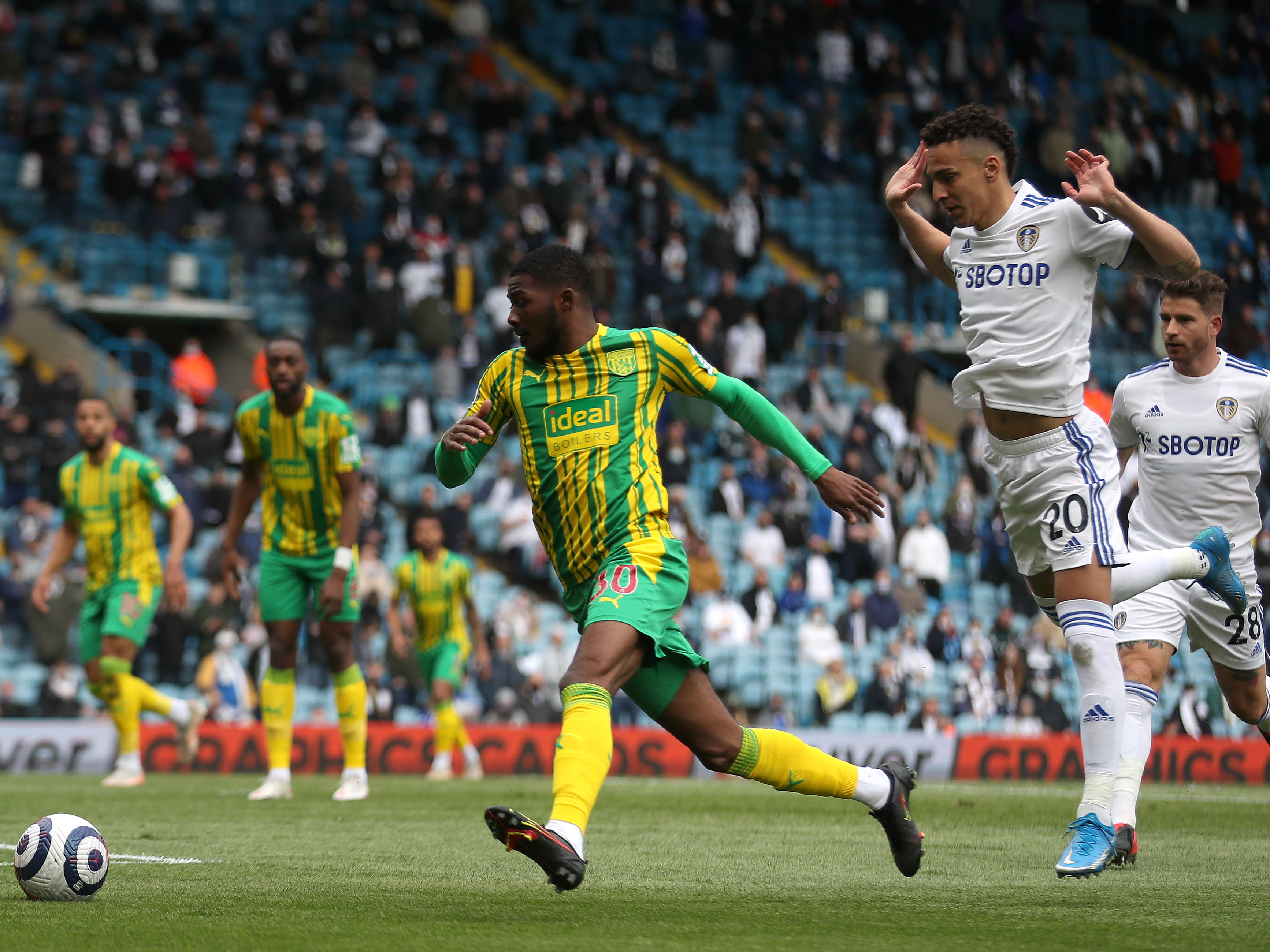 Albion were beaten 3-1 by Leeds on the final day of the 2020/21 Premier League campaign at Elland Road.

Rodrigo and Kalvin Phillips scored in the opening period for the hosts, who were welcoming supporters back to Elland Road for the first time since winning the Championship last season.

Patrick Bamford’s penalty made it three and Hal Robson-Kanu came off the bench to find the back of the net, but it came too late as the Baggies ended their top-flight season finale in defeat.

Departing manager Sam Allardyce was without top goalscorer Matheus Pereira for the trip, so opted to change shape and bring Dara O’Shea and Callum Robinson in to replace the Brazilian as well as striker Hal Robson-Kanu.

8,000 Leeds fans were inside the stadium for the game, and they were celebrating the afternoon’s first goal on 17 minutes when Rodrigo nodded home from a corner.

Darnell Furlong had a header saved and Robinson struck wide as Albion threatened to spoil the party, but instead the home team doubled their advantage shortly before the break through Phillips’ free-kick.

Substitutes Grady Diangana and Robson-Kanu also guided efforts off-target during a long spell of dominance, however Leeds further extended their lead 11 minutes from time thanks to Patrick Bamford’s penalty.

Albion did manage to get on the scoresheet late on, though, when Robson-Kanu took advantage of a defensive mishap to curl beyond Casilla in the Leeds net for his second goal in three games.

But the Welsh forward's strike in the dying embers only came as a consolation, as Sam Allardyce's final game in charge of the Baggies ended with a loss.