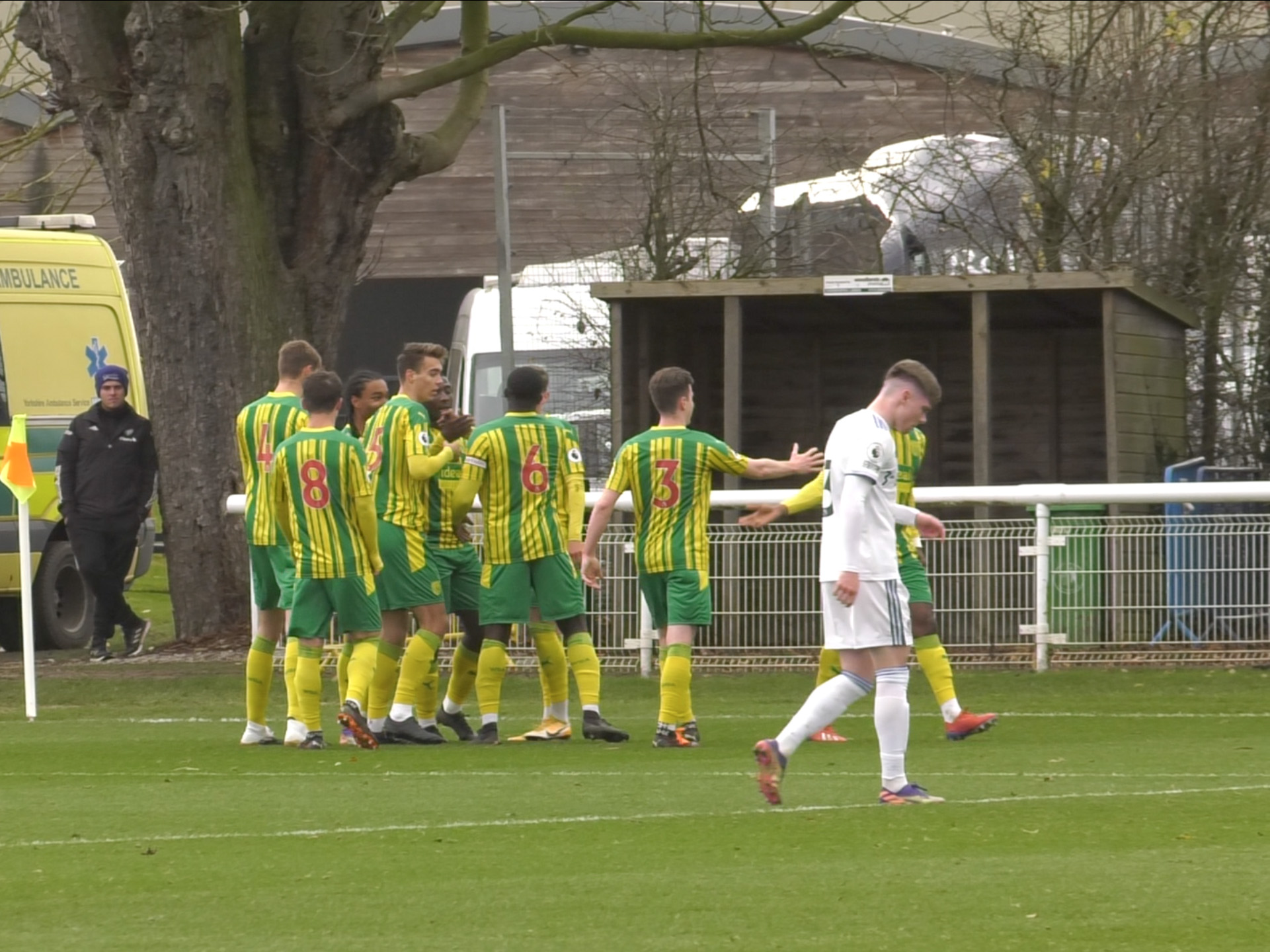 Two quick-fire goals in the closing stages saw the Baggies edged out by a strong Leeds XI at Thorp Arch on Monday afternoon.

A fine finish on the turn by attacker Cheikh Diaby gave Albion an early lead as they seized the initiative in the first half.

But the hosts used their substitutes to good effect as goals from Tyler Roberts and Helder Costa secured victory for the Whites despite a tenacious effort from Deon Burton’s side.

Leeds named a strong side which featured several senior figures with the likes of Rodrigo, Roberts, Costa, Casilla, Poveda and Struijk all playing a part.

Despite the home side’s experienced XI it was Albion who started the game brightest as their intense pressing from the off saw them find joy down the right wing, and it was from that side that they created the game’s first goal.

Tyrese Dyce’s delivery was deflected into the air, but only into the path of Diaby who reacted well to drill a low effort under keeper Kiko Casilla.

The young Baggies held their own, but the hosts ended the half stronger and nearly levelled the contest when full-back Niall Huggins weaved his way past a few challenges and into space in the box. But with the goal at his mercy, he couldn’t capitalise as he dragged an effort wide.

Leeds made a flurry of changes at half time with first-team players Roberts, Costa and Struijk coming on.

Goalkeeper Sam French had to be alert to deny a plethora of efforts as the hosts piled on the pressure in search of an equaliser.

But that didn’t stop Albion from attacking and Taylor Gardner-Hickman nearly doubled the lead when his quick feet allowed him space to shoot, but the resulting right-footed effort was matched by Casilla.

After a number of solid stops by French, Leeds’ quick passing found a way through as Roberts thumped a low effort into the bottom comer to level the scores.

And the Whites soon took turned the game around when Costa went on a mazy run through the Albion defence before curling an effort beyond French.

However, Burton’s youngsters didn’t give up hope and substitute Jovan Malcolm almost nicked a late point for the visitors, but his drilled effort flashed wide as Leeds held onto the win.