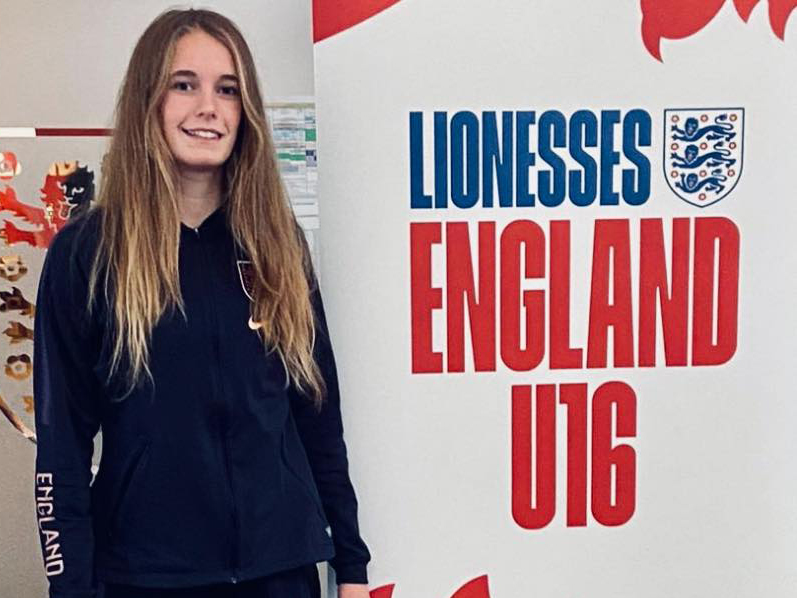 A call-up to play for your country is one of the biggest honours in football. For three of Albion Women’s youngsters, that opportunity becomes a reality this week.

After attending several Lionesses Under-16 training camps, Regional Talent Club player Lucy Newell will be flying out to Portugal in the coming days to compete for England Women in an Under-16 UEFA Development Tournament, playing games against Portugal and Germany.

Since joining the RTC at Under-12 level, Lucy has developed into a highly regarded and versatile central defender or midfielder and possesses outstanding qualities both with and without the ball.

The future looks very bright for Lucy, who - after being made captain of England for a period during her last camp at St. George’s Park - becomes the first RTC player to experience an oversees tour with her nation.

Meanwhile, Albion Women also have representatives that will be pulling on the Northern Ireland shirt in February.

Olivia Stubbs (Development Team) and Kaicee Griffin (Under-16s) have been selected for friendlies against Everton following a recent camp in Northern Ireland where they impressed in training.

And Director of Women’s Football, Dave Lawrence, is delighted to see such recognition given to a number of the Baggies' young prospects.

“As a club, we are so proud of these three players and all other players who have attended National Camps over the past few years," he said.

"The hard work started several years ago when they were brought into the club and has continued with a real team effort between the players, our outstanding coaches and their parents.

"The girls have worked consistently hard and deserve this opportunity. We will do all we can to make sure this is just one of many positive experiences for them in their playing journey.”

We wish Lucy, Olivia and Kaicee the best of luck away with their national teams.