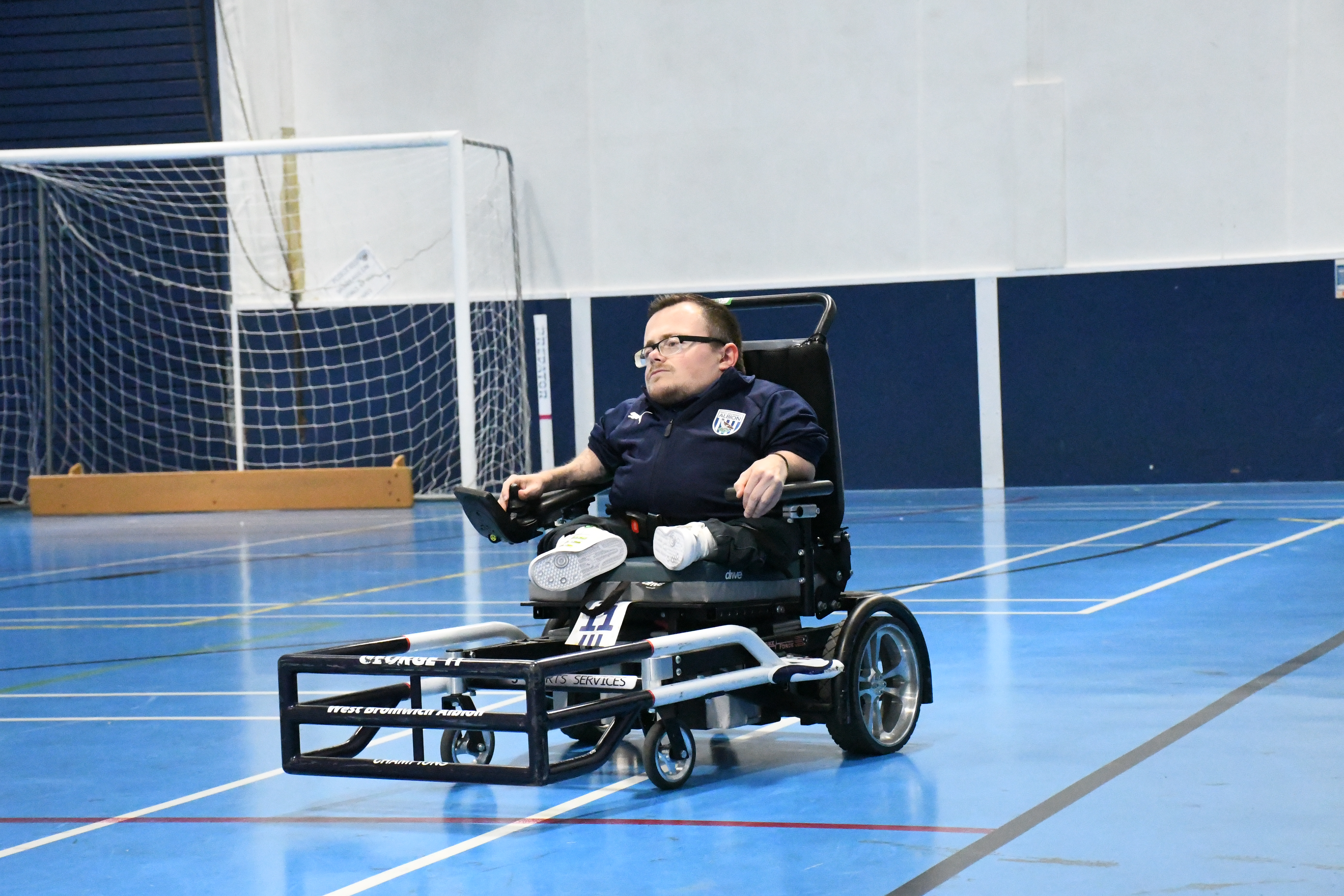 Osteogenesis imperfecta (OI) is a genetic disorder that prevents the body from building strong bones – people that have the condition are born with it. People with OI might have bones that break easily, which is why the condition is commonly called brittle bone disease.

We caught up with Richard George, 32, who has played Powerchair Football for over twelve years, making him one of the longest serving players at WBA Powerchair and he has been an integral part to the success of WBA PFC during that time.

In total Richard has had 155 different fractures during his lifetime – making day to day life very difficult and hard to manage his condition.  However, despite his condition, Rich is able to live as normal a life as anyone else.  Richard manages to hold down a full-time job working as an Advocacy Officer for people with physical disabilities and mental health needs for a charity called POhWER.  He also got married in 2019 to his wife Alice and they now live together in Walsall.

When asked about his best moments playing for WBA, Richard said;

“Being part of the squad that won The WFA Cup at St Georges Park in 2019 has to be one of my fondest memories, as well as winning the league of course!

I remember scoring two goals against Nottingham as we came from behind to get the result we needed to win the league – it felt amazing to be able to be part of a team that had won the league, it was a long time coming and the squad haven’t looked back since."

As well as the Cup and League titles, Rich has great memories of the Champions Cup tournaments WBA PFC travelled to in Paris and a few years later to Denmark.

“These are the best weeks, you are together as a team and we did ourselves proud against Europe’s best teams, I remember scoring a last-minute equaliser against one of the French teams in Paris, the fans that were there went mad, it was the best atmosphere I have played in, there were drums banging, chanting from the crowd, it was one of the best feelings."

Richard has spent much of the last 12 months shielding because of Covid-19 and only returned to training last month when Powerchair Football was allowed to restart.  However, since his return Richard has suffered yet another fracture to his leg and will now be out of action for several weeks – we wish Rich the very best and hope he makes a speedy recovery and is back at football soon.