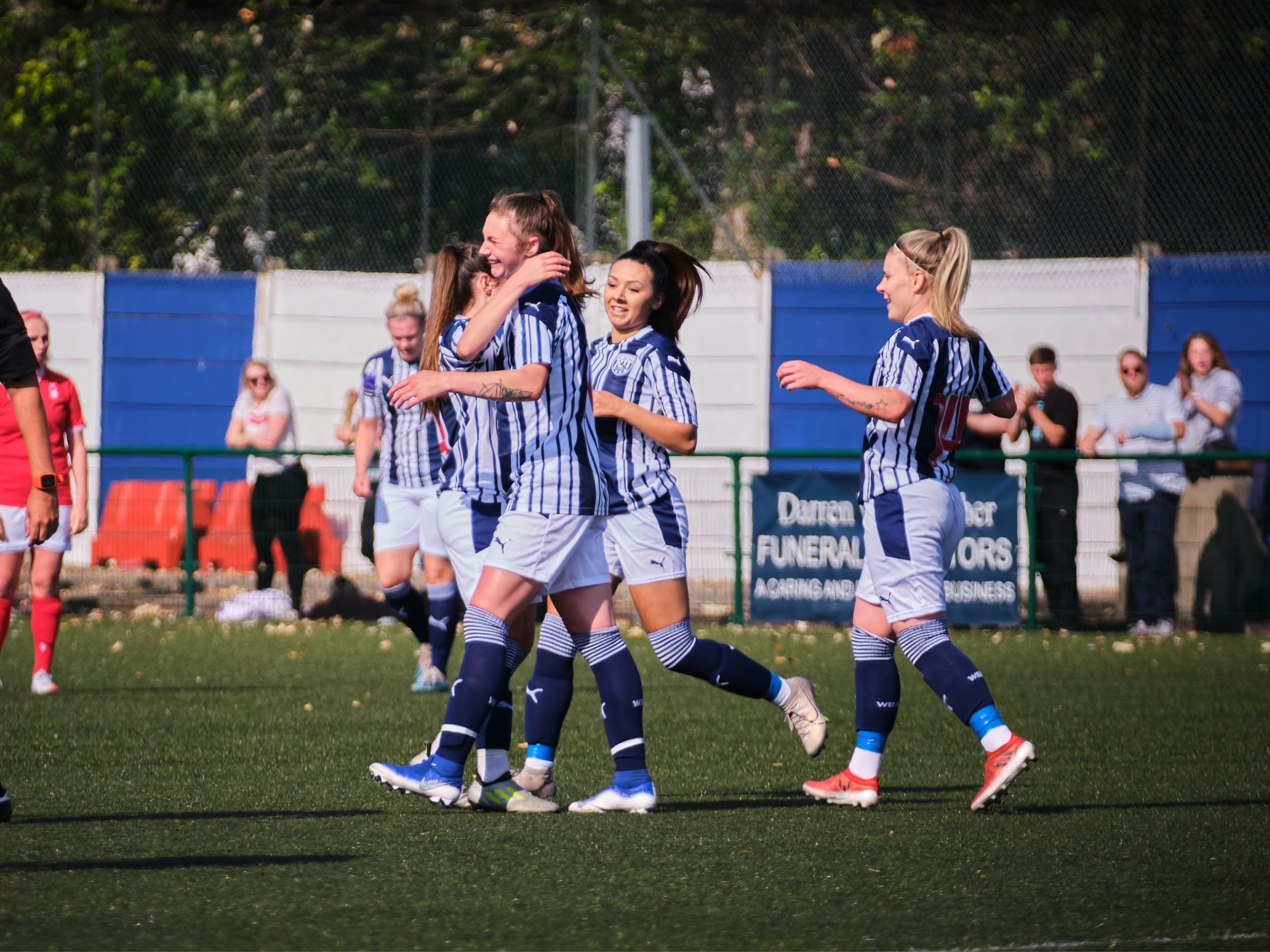 Albion Women returned to winning ways with an impressive away performance at Hull City, defeating the Tigresses 0-4.

Keeley Davies, Trina Greaves, Jade Arber and Natalie Murray all scored for the Baggies to send them fourth in the FA Women's National League Northern Premier.

The visitors came flying out of the blocks when Davies opened the scoring in just the second minute, latching onto a diagonal ball from Grace Riglar.

Leigh Dugmore then had a couple of chances to double the lead during the first half, but she was denied on both occasions by Abigail Wallace in the Hull goal.

Albion controlled the half and limited Hull chances until the 43rd minute when the ball fell to Emily Smith but she sliced her shot into the hands of Poppy Bastock, who kept her third clean sheet in four games for Albion Women.

Albion started the second period as they began the first. They doubled their lead within three minutes of the restart when Greaves slotted past Wallace to put the Baggies in control of the game.

Dugmore came close again for Albion, heading over the bar from a Shannon Stamps cross, and Stamps also squandered an opportunity, firing wide from close range.

Riglar and Davies both headed wide during the second period as Albion looked to secure a third.

The Baggies thought they had a third in the 85th minute when Hannah Baines fired in from a goal mouth scramble, but the goal was disallowed for a foul in the area.

Arber then put the game to bed for Louis Sowe's side as she anticipated an error by goalkeeper Wallace who misjudged a bouncing ball, with the striker running on and heading the ball into an empty net.

Albion then scored their fourth with the last kick of the game as Murray calmly slotted past Wallace to secure all three points for the Baggies.