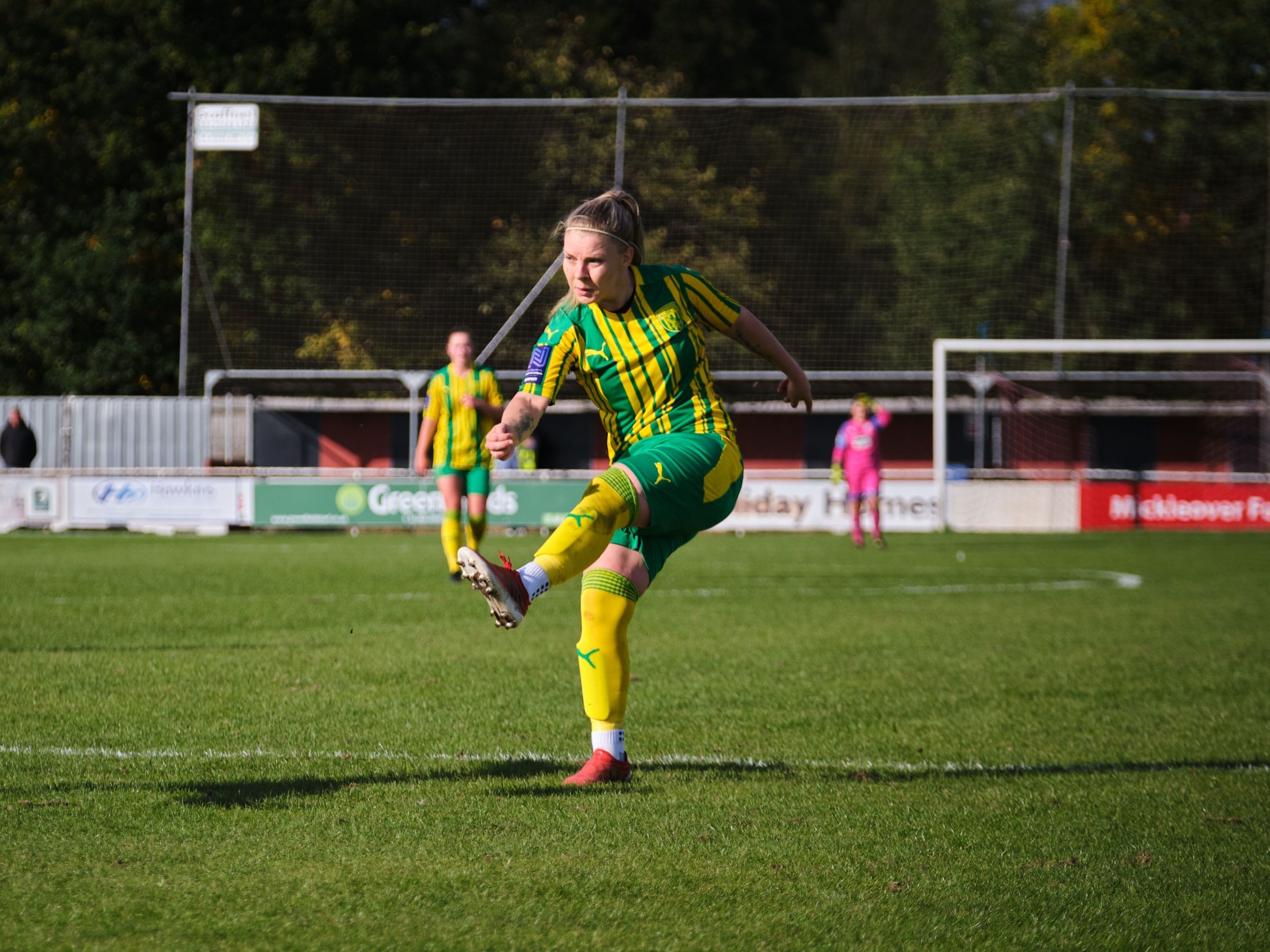 Albion Women suffered a 3-2 defeat at the hands of Huddersfield Town Women in the FA Women's National League Northern Premier.

Leigh Dugmore scored her fifth goal of the season and Keeley Davies netted her third in three games but that wasn't enough for Louis Sowe's side as Brittany Sanderson claimed a brace and Laura Elford scored Town's winner, with Natalie Murray shown a red card for Albion.

The Baggies almost took the lead early on when Murray struck the home side's crossbar with a header after just four minutes, rising highest from a Hannah George free kick.

But it was Huddersfield who broke the deadlock on eight minutes, Sanderson's long range effort looping over the returning Scarlett Field in the Albion goal.

Katie Nutter then headed wide for Town before the Baggies entered a dominant spell of the game.

Shannon Stamps and Davies both had shots well saved by Bethan Davies before Grace Riglar kept the score at one at the other end with a last-ditch goal line clearance.

Albion then managed to get level in the match. A failed clearance fell to Dugmore on the edge of the area who fired low across goal to equalise.

The Baggies had several chances to go ahead before the end of the half. Stamps and Murray both had shots well saved again by Davies and it was Town's 'keeper's namesake who hit the post for Albion with a header just before half time.

But into the second half Albion continued from where they left off and went 2-1 up just 18 seconds into the period, Davies finishing off a flowing move from the away side.

The next 20 minutes were cagey before an almighty goalmouth scramble in the Albion area saw Town hit the woodwork on two occasions, with the score somehow staying at 1-2.

On 76 minutes, Sanderson scored hers and Huddersfield's second converting low past Field after being put through one on one.

And just three minutes later the home side took the lead. Elford broke down the left wing before firing in at Field's near post.

Albion were reduced to 10 players straight after the goal, Murray picking up her second yellow card for a late tackle earlier in the move leading up to the goal.

Albion had 10 minutes to secure an equaliser being a player down and Davies almost obliged from long distance, her effort from 30 yard flying just wide of the post.

The home side had an opportunity to put the game to bed when they were awarded a penalty in the 89th minute, however Elford's shot from the spot flew well over the top of the crossbar.

Substitute Jade Arber almost grabbed a point for Albion in the fourth minute of stoppage time. She was put through on goal by a weak backpass but her shot thumped against the crossbar and to safety.

Albion fall to fifth in the division and next face a trip to Burnley.