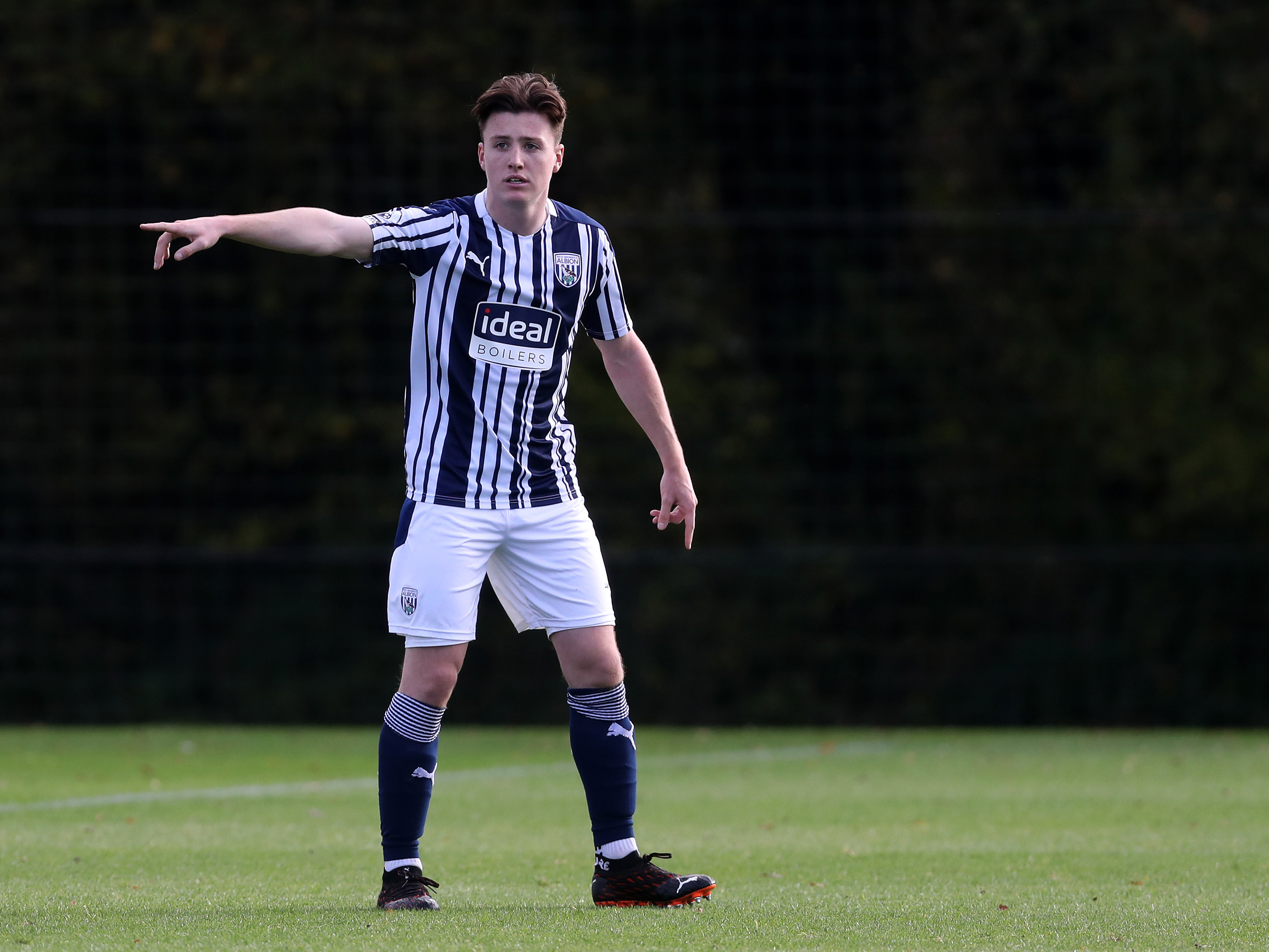 George Harmon says Albion are eager to seize a “massive opportunity” when they travel to play Exeter City in the Papa John’s Trophy on Tuesday evening.

Results in their group [Southern Group E] last week mean that Swindon, Forest Green Rovers and the young Baggies are tied on three points, although Albion have a game in hand.

With Exeter’s place in the next round already confirmed on six points, Deon Burton’s side know a draw would see them leapfrog Swindon and Forest Green Rovers to secure their progress to the knockout stages of the competition.

And full-back Harmon, who will skipper the side on Tuesday night, believes back-to-back wins in recent PL2 games will give Albion’s youngsters the drive to carry it on against Football League opposition, with the prize of knockout football also providing an extra incentive.

“We’ve got a massive opportunity on Tuesday and we go into the game in a confident mood,” said Harmon.

“We’ve been good in the league, but when we beat Swindon in this competition it was a really good test for us against a League One side.

“The clean sheet in our last game against Boro has given the defence and the whole team lots of confidence going into this game.

“It’s men’s football at the end of the day and eventually we all want to be playing in it so it’ll be great experience for us. You’ve got to perform in these games, but I think a lot of the lads have already done that in previous games.

“Defensively we have been good this season. Back-to-back clean sheets is very pleasing and we want to try and carry that on, but we’d like to improve when in possession and trying to create more chances.

“We’ve been working a lot on that going into the game against Exeter and in the games coming up, I think people will see us creating a lot more chances.

“It’s the first time that we can get out of the group. With a win, we’ll be able to go through so that gives us an extra bit of motivation so hopefully we can do a job and get all three points.”