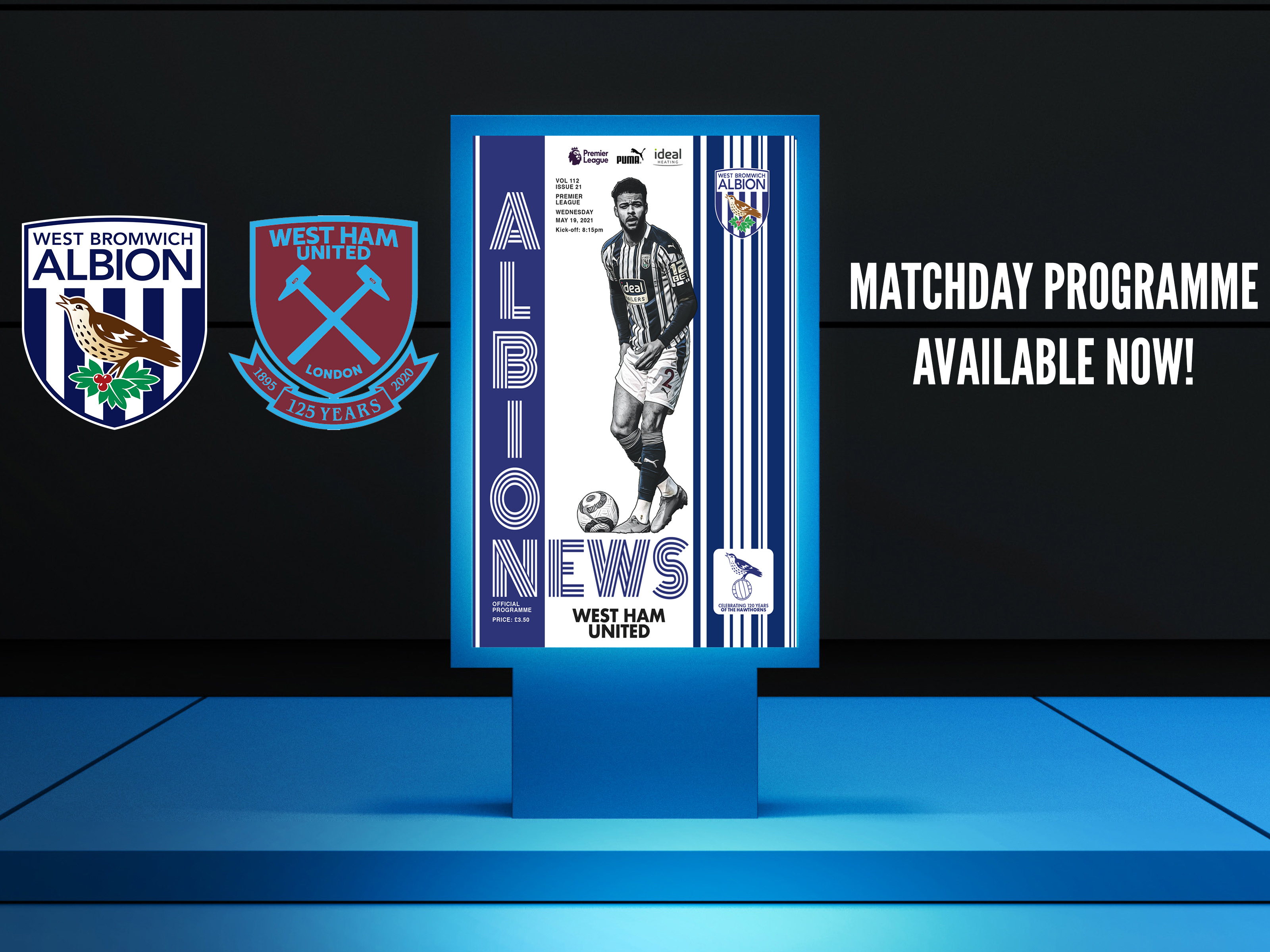 Darnell Furlong and Matty Phillips feature in an action-packed Albion News with one main topic on the agenda - putting on a show for the returning Baggies fans against West Ham on Wednesday.

Full-back Furlong could make the 200th competitive appearance of his club career when Albion take on the Hammers on Wednesday evening, and we take a look at the 25-year-old’s path to 200 as well as his aerial dominance for the Baggies this term.

Versatile midfielder Phillips can’t wait to see and hear the Albion faithful back inside The Hawthorns and in his in-depth feature; he talks about playing for pride, the evident improvements made under Sam Allardyce’s guidance and the determination to produce a performance to get supporters excited for next season, as the former Scotland international targets an immediate return to the top flight.

The gaffer and skipper Jake Livermore discuss the impact the Baggies faithful can have on Wednesday’s proceedings in their mainstay columns, and we tell the story of another promising Albion Academy star.

Toby King proved to be a pivotal figure in Deon Burton’s PL2 side during the 2020/21 season, obtaining invaluable experience against Football League outfits in the EFL Trophy.

And as he discusses the strides he’s made on enhancing his long-range passing ability in the middle of the field, the combative 19-year-old talks us through his unique route into football and the feeling which is motivating his forward momentum with Albion.

We will also have all our of usual Albion News features, in our final matchday programme of the season.