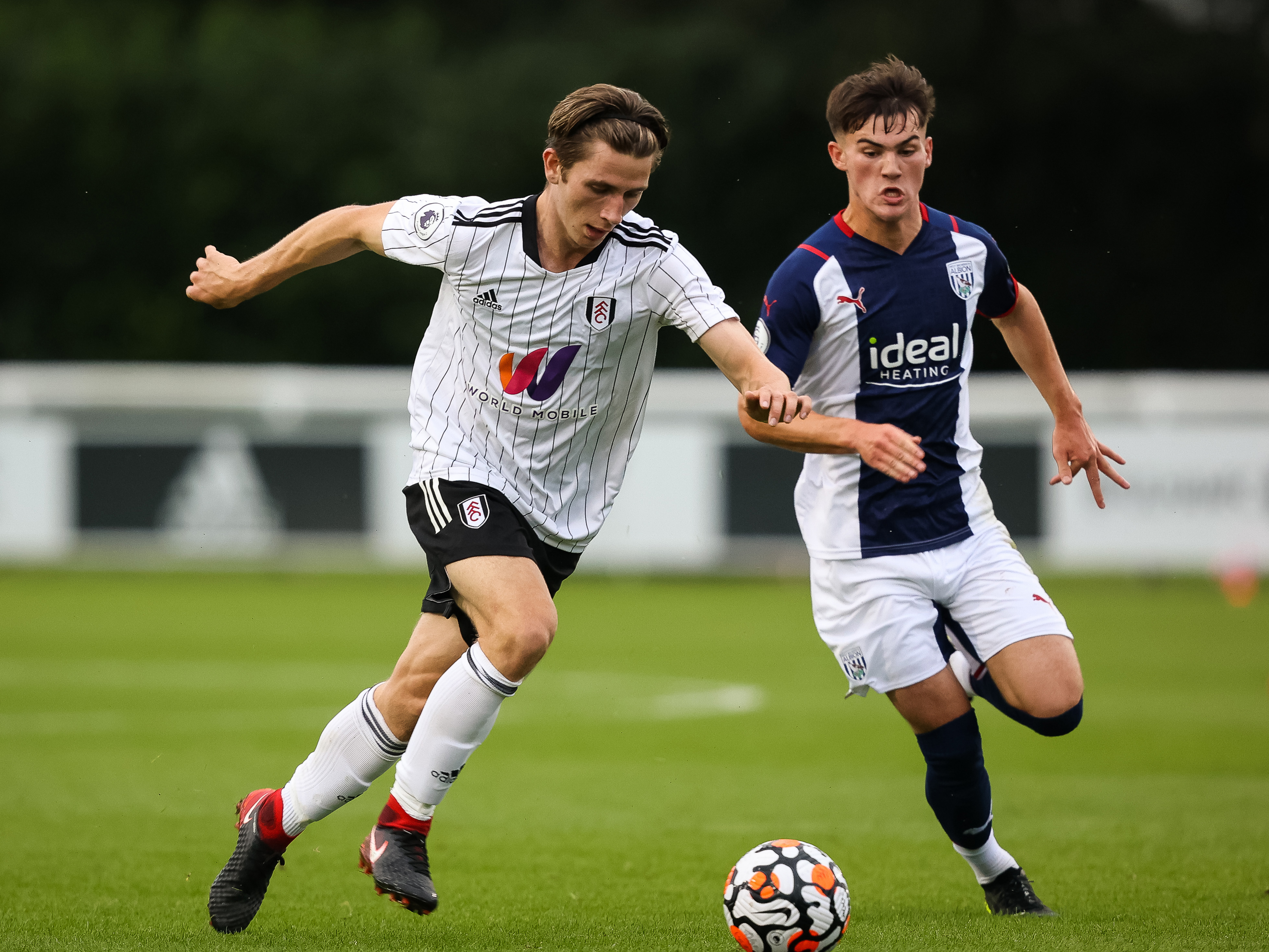 Albion’s PL2 side suffered their first defeat of the season against Fulham at Motspur Park on Friday evening.

Terry Ablade’s double and Sonny Hilton’s close-range finish gave the home side a strong lead at the interval.

The Baggies pushed to turn the tide of the game in their favour after the break, but the Cottagers held firm to see out the win.

Fulham began the game on the front foot and showed their effectiveness on the counter-attack regularly during the night.

The Baggies were forced into a lot of early defending and were caught out by a splitting through ball for the first goal of the night. Ablade’s movement allowed him to go in-between Caleb Taylor and Saul Shotton, before rounding stopper Palmer to poke home the opener.

Pressure increased on Albion’s back-line after the Cottagers made the breakthrough, with midfielder Jonathon Page and Ollie O’Neill having shots blocked as they searched for a second goal.

But Albion hit back instantly as Robert Snodgrass’ well-timed volley was palmed wide by Fulham keeper Luca Ashby-Hammond, before forward Jovan Malcolm was denied from close-range.

Despite the Baggies’ best efforts, Fulham extended the lead further when Ablade netted a carbon copy of the first goal, weaving between the lines to round the keeper and score his second.

And Hilton made sure the home side had breathing space at the interval when a sweeping move down the right ended with the midfielder firing the ball under Palmer, increasing their advantage to 3-0.

The second half saw plenty of fight from Albion’s youngsters as they looked for a response. Substitutes Owen Windsor and Rico Richards came inches away from finding the net, but the goals wouldn't come as Richard Beale’s side fell to defeat in the capital.