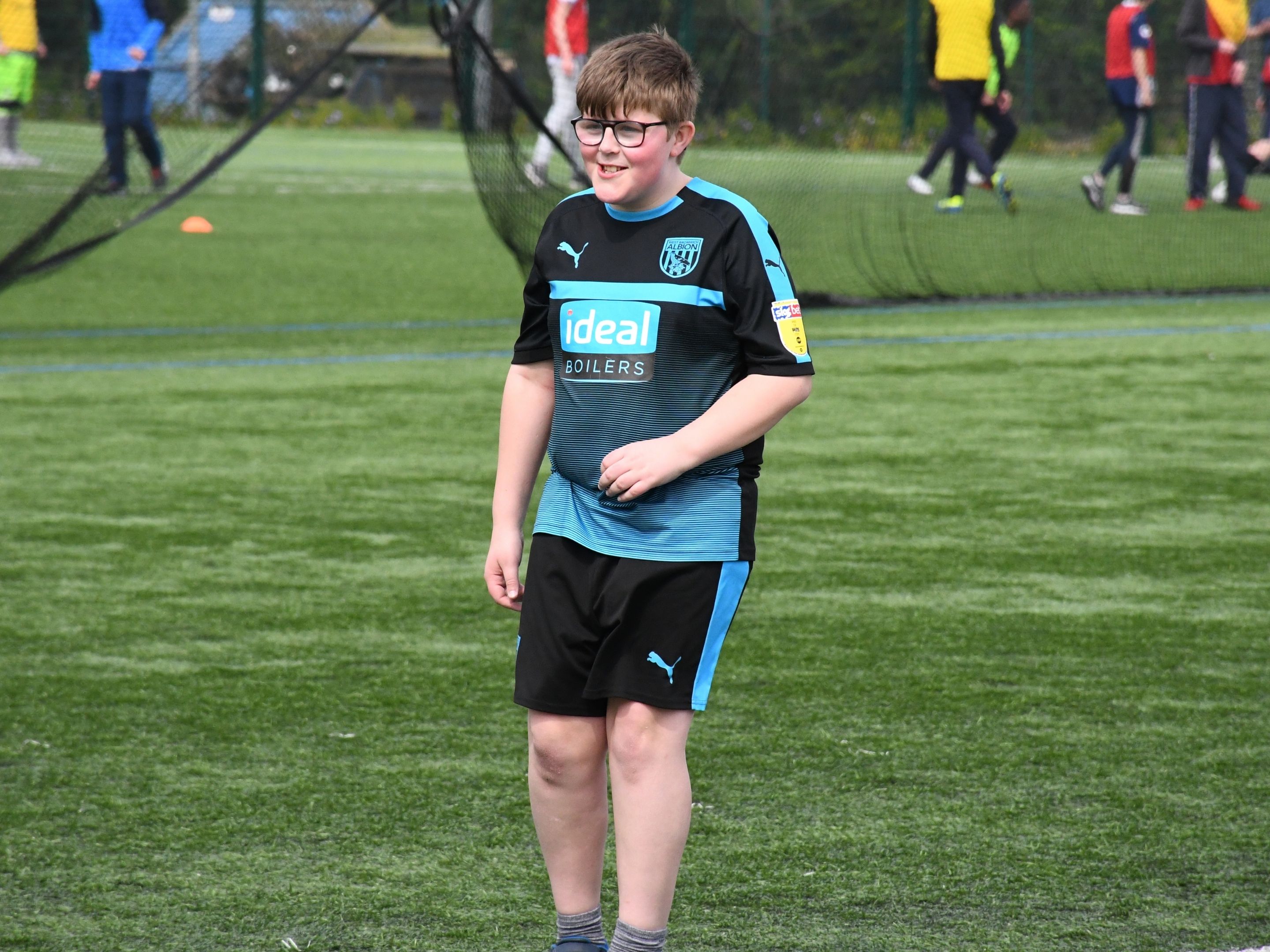 A participant on The Albion Foundation's Premier League Kicks sessions has been recognised for his development through the programme with an award at the Premier League Charitable Fund's 10 year Anniversary awards.

14-year-old Ryan Johnson has become a ‘little leader’ thanks to the sessions which he has been attending for the past three years and has been successful by winning the Kicks Participant Award.

Ryan, a Year 9 pupil with learning difficulties and behavioural issues, first got involved with West Bromwich Albion’s official charity three years ago when he met Foundation coach, Ajay, at his school.

Since then, Ryan has attended numerous Foundation sessions and most recently has been attending Premier League Kicks sessions with mainstream children.

Ryan finds it difficult to interact in social situations however his commitment to the sessions has allowed him to come on in ‘leaps and bounds,’ says his Nan and guardian, Janet Johnson.

“He’s gained a lot of confidence, he’s come on in leaps and bounds, his attitude has changed, everything has changed,” said Janet.

“Before he started the sessions he was a very confused young man. He had a little bit of a temper that would sometimes rise but since he got involved with Kicks he’s calmed down a lot, he’s grown up a lot and he’s certainly matured a lot.

“He’s made some brilliant friends, he’s always talking to them and he looks forward to going every single week, he’s happy, very happy,” she said.

Ajay, Ryan’s coach at the Foundation who has overseen his development throughout the past three years, says he’s ‘excelled’ since he first met him.

“When Ryan first got introduced to the group he was really quiet and really shy but he’s an avid Albion fan so it was an easy way for him to get involved with the sessions,” said Ajay.

“Over the years he’s excelled in terms of his social skills, his confidence and his leadership qualities as well; he’s become a little leader within the setup.

“Being at the Kicks session has brought him outside of his comfort zone, he’ll turn up and interact with people that perhaps he wouldn’t normally have the opportunity to in his day-to-day life and he does that fantastically well,” he said.

Ryan’s development has been incredible to see for everyone involved and for that, he is the winner of the Kicks Participant Award in the Premier League Charitable Fund’s 10 Year Anniversary Awards.