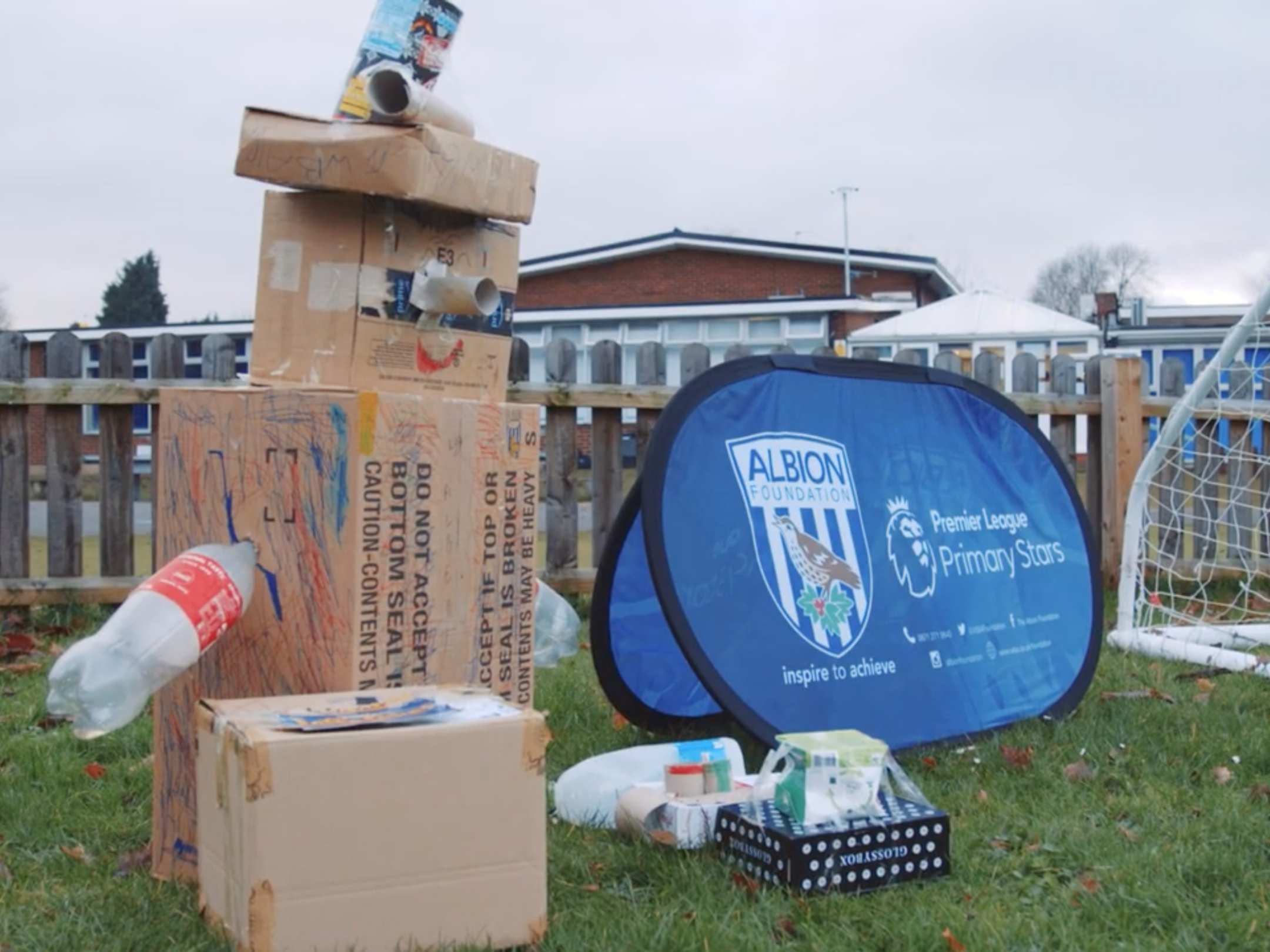 The Albion Foundation are engaging families in climate action through their partnership with Planet Super League.

The project aims to help families cut their carbon footprint and live more sustainable lives as they represent their organisation by completing sustainable challenges to boost their associated club up the league table.

The current efforts from the families competing on behalf of the Foundation have amounted to the equivalent to reducing emissions by five tonnes of CO2 or planting 240 trees.

And to continue to inspire the eco-friendly work from participants at Moorlands Primary School in West Bromwich, Albion Women’s player Shannon Stamps joined in with the day’s activities.

The first season of Planet Super League was launched in November, with 11 professional clubs and community trusts recruiting 220 families, working collectively across 19 schools.

“As a Foundation, we are passionate about implementing social action into our partner schools for many reasons.

"After researching all aspects of this project with Planet Super League, we found this programme covered all six characteristics of social action, and engaged the children in something positive”.

Planet Super League Co-Founder Tom Gribbin spoke of his enthusiasm to have the Foundation as part of their project.

“The families representing The Albion Foundation had a brilliant time taking part in Planet Super League One.

"From trying meat-free meals and making draft excluder snakes, to using their cars less and getting in touch with nature they had a lot of fun doing lockdown-safe activities whilst doing lots great stuff for the planet.

"We can’t wait to work with the Foundation and more families this spring when Planet Super League Two kicks off!”

If you or your school want to get involved with Planet Super League, with the new season commencing at the end of March, contact Katie.Grainger@albionfoundation.co.uk